In 1988, World War III breaks out in Tokyo, leveling the city again. Twenty years later, Neo-Tokyo as it's dubbed, has replaced it. The heavily futuristic city, despite its look, is built upon oppression and hostility; a city under Military rule. Motorbike riding cyberpunk gangs rule the streets. When a gang led by Kaneda has an accident involving a mysterious being named Takahashi, fellow member Tetsuo is taken away for testing by the shadowy Neo-Tokyo forces. When Tetsuo starts to exhibit powerful physic abilities as a result, Neo-Tokyo once again is under threat of destruction.

Since World War II, Japan has lived with the fear of nuclear apocalypse, a threat it knows much about. This fear has permeated the culture since, a common thread through their entertainment; such as Godzilla, countless graphic novels, and literature. This threat is highly evident throughout Akira. 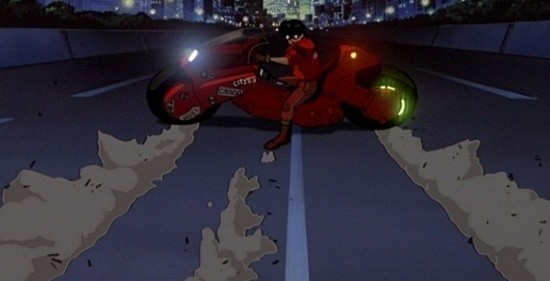 Akira is presented in the widescreen aspect ratio of 1.85:1, encoded in AVC MPEG-4 compression.

Completely remastered from the original transfer of the cel images, Akira looks a million bucks, far and away the best release that the film has ever been given.

Every frame is very dense, and requires a few viewings to really soak it all in. Colours are bright and bold (and in this regard particularly better than the previous DVD). The frame is very sharp, showing off all the detail that animators slavishly added.

My only (minor) complaint is that there is a slight telecine wobble, which to be fair would be very hard to correct based on the original production.

All up, Akira fans will be most pleased with this restoration of one of the most important anime films yet produced; a true landmark of the genre.

The main audio track is encoded in lossless Dolby TrueHD at 24 bits and 192KHz. The Japanese audio track which features the 'Hypersonic effect', was the track of choice (more on that in a bit), but there is also an English Dub in Dolby TrueHD, also at 24 bits.

If the image restoration wasn't enough, home theater aficionados will fawn over the ridiculously sublime lossless audio track. The original sound composer Shoji Yamashiro has crafted the remastered audio, in a process dubbed the 'hypersonic effect'. From the original master tape, he's remixed an amazing 192KHz audio track (a standard Blu-ray audio track is 48 KHz), which has a clarity and purity of sound that is quite unlike anything that I have ever heard. Right from the opening drums, you know that something special is occurring. The result is a sound that whilst is very loud, is not abrasive and certainly not distorted. There's a massive amount of data in this Dolby TrueHD track, it hovers around 14 MB/s and whilst I was watching, peaked at 16.9 MB/s. That said, whilst my amplifier is capable of playing back audio at 192 KHz, my speakers, lacking a super tweeter cannot. So despite my happiness with this track, I know I am still not receiving the full effect.

Overall, an astonishing effort and one which the disc producers should be entirely congratulated for.

Due to the massive bitrate afforded to the video and audio transfer, there's barely room for extra features on Akira and the opportunity of a second disc has been declined. That said, the film was given multiple releases on DVD and I doubt this won't be the case here, too. But for its maiden release, here's what we do have:

First up we've 369 pages of Storyboards which are rather unimaginatively provided and which I don't imagine many will have the patience to go through. Why wasn't the effort taken to provide these as a picture in picture track? Surprising, given the amazing lack of thought in every other part of the discs production.

And finally, five Theatrical Trailers, which are very short, but nicely remastered in HD. 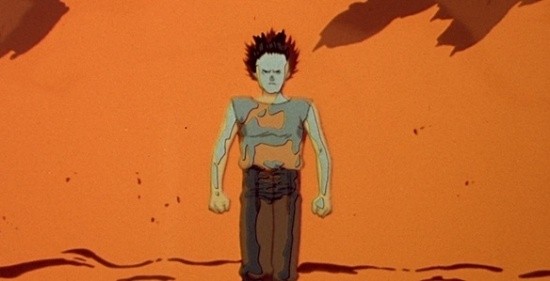