Taxi driver Jack Bruno (Dwayne Johnson, A.K.A. 'The Rock') gets slightly more than he bargained for (in all senses of the word) when two children (AnnaSophia Robb and Alexander Ludwig) board his ride. When he delivers them to an address in the middle of the desert, he's quickly drawn into an interstellar battle between evil aliens, good aliens and, of course, Government agents ready to do all manner of nefarious tests on all of them. But can the kids overcome all obstacles and return home? You'll never guess, this being a Disney film, after all.

Disappointingly, this is well and truly family entertainment by numbers. Surprisingly, even the production values are pretty cheap - take a look at the chase through the deserted house for the most obvious set I have yet seen in a film. Still, as far as family friendly movies go, I have seen worse. Particular mention should go to the child actors, especially the ever delightful AnnaSophia Robb who came to notice in 2007's Bridge to Terabithia. She has such emotion in whatever performance she gives and has beautifully expressive eyes. She will be one to watch in the next few years. 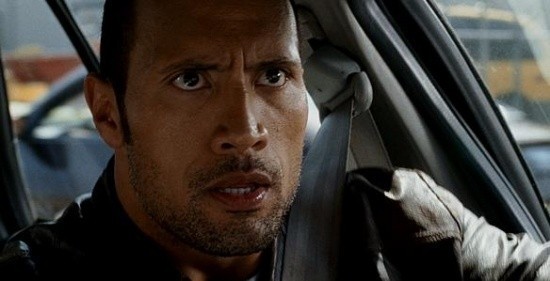 Race to Witch Mountain is presented in the widescreen aspect ratio of 2.40:1, encoded in AVC MPEG-4 compression.

Unsurprisingly, the quality on offer here is pretty much spot on. Disney is one of the more consistent studios for careful video transfers and this does not disappoint. A crystal clear image is ever present, with a plethora of fine detail on offer. Colour is generally bright and bold. Whilst I did spot the odd use of edge enhancement in the form of infrequent halong in a few high contrast areas, there's very little to be upset by.

Overall, Race to Witch Mountain is pretty impressive and may be just enough to keep older viewers from walking away from the film itself.

In the late 90's and early this decade, Disney were well known for conservative audio mixes. Concerned about unduly scaring children, audio mixers lightly utilised the .1 subwoofer channel, which gave some soundtracks a slightly hollower sound. Disney have well and truly given up this practice and Race to Witch Mountain features a very aggressive audio mix, with an abundance of subwoofer activity. Action sequences roar to life and help sell the film when the visuals frequently fail to.

I didn't spot any overt audio sync issues and missed aural opportunities are few and far between. The score provided by Trevor Rabin is truly ordinary, but is mixed into the soundtrack well.

Overall, a pretty pleasing soundtrack and one that the adults will probably have slightly more appreciation for.

Very light on for extras, Disney have rounded together a scant few bonuses, unfortunately lacking in both quality and quantity.

A surprisingly long 24 minutes of Deleted Scenes are presented, which would have served to pad the film out, but were wisely removed. The entire film at 98 minutes could have done with a bit more pruning in my opinion, but fans eager for a bit more will probably enjoy this.

The collection of Outtakes are pretty funny and well worth a look. I suspected that Dwayne Johnson would be a fun guy and this seems to confirm it.

Finally, Witch Mountain is a brief featurette which highlights the various cameo and homage's to the original Escape to Witch Mountain. Fans of both films will get a kick out of this. Having not seen the original, most of these went unnoticed by myself.

A Disney requisite DVD Copy is again included. Whilst I have no need for such a coaster, I could certainly see how families, (especially portable DVD toting ones) could benefit from such a disc. 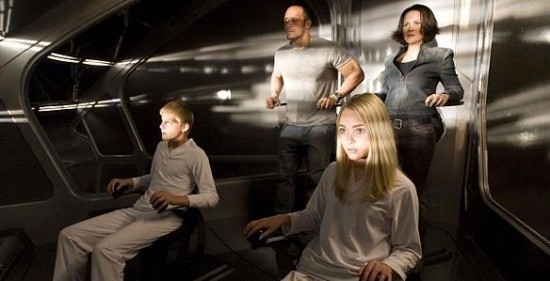