Bolt (John Travolta) is the star of a hit TV series of the same name, who due to the creators careful handling, believes is entirely real. When his co-star, Penny (Miley Cyrus) is kidnapped as a plot thread in the show, Bolt pursues to save her. Unfortunately, the powers that he believes he wields betray him and he's quickly left to fend for himself in a world that he has no grasp of.

My biggest problem with the film is that it echoes the plots of both Toy Story and The Truman Show far too strongly. It almost feels like I have seen the entire film before. Whilst there is some great animation and the film features some fairly likeable characters, I felt letdown by a weak story which retreads familiar threads. 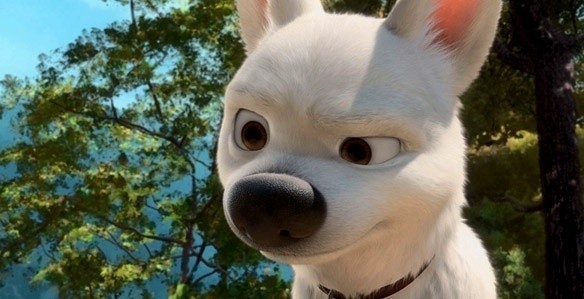 Bolt is presented in the aspect ratio of 1.78:1, encoded in AVC MPEG-4 compression.

Another direct digital transfer which has never touched film, Bolt looks about as spectacular as one would rightly expect. As with most CG animated films, colours are bright and bold and make for a great demonstration. There's also never any issue with sharpness (or over sharpness for that matter) and the depth of field is as wide or as shallow as the filmmakers intended.

When it comes down to it I have no complaints here, another exceptional effort from the folks at Disney. 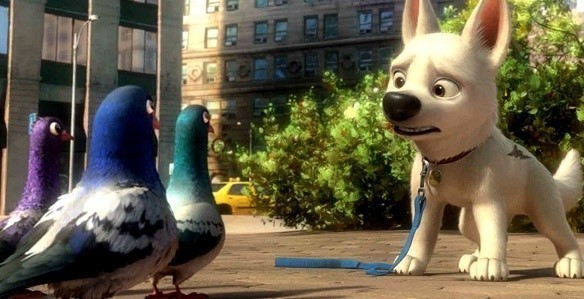 Featuring one of the more aggressive audio mixes for a Disney family feature that I have yet heard, Bolt starts off with a bang, roaring to life via a scene from the fictional in-movie TV show. As the movie settles into a heightened sense of reality, the audio mix slows down just a tad, but remains considerably active with surround usage and powerful bass where necessary. I heard no examples of transfer induced issues and the original audio mix (including the audio sync) is perfectly fine for an animated film.

A pretty solid effort and one of the better soundtracks to an animated film I have experienced yet. 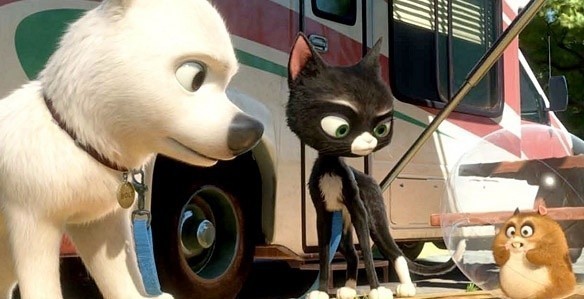 The extras package is made up of a few child friendly extras that do little to reveal the making of the film. Here's what we have:

Three featurettes which starts off with A New Breed of Directors: A Filmmaker's Journey, featuring some real brief sound bytes from the director duo. Creating the World of Bolt looks at a few technical aspects of the film, including the art of computer graphics and finally Act, Speak! The Voices of Bolt which shows John Travolta and Miley Cyrus in the recording booth and briefly talking about the characters they voice.

Next up are two Deleted Scenes totaling a little over 7 minutes, which are presented in rough storyboard form, which suggest these were cut fairly early in production.

The requisite Disney Music Video is as inherently avoidable as they come. This one features voice artist Miley Cyrus. Next!

Bolt's Be-Awesome Mission Game is a BD Java, set-top basic platforming game which is played with a Blu-ray remote control; purely for the kiddies.

Disney have also added a DVD copy of the film in the package. This is a really nice touch and will no doubt be useful for the typical family. Considering that at retail the DVD sells for around $30 AUD and the Blu-ray for just $5 more, this becomes a pretty good buy. 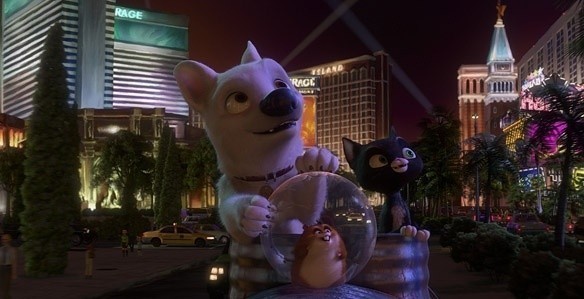