Smart is little more than a desk jockey at the U.S. Government spy agency, CONTROL; but when old rival KAOS obtains the identities of CONTROL's operatives globally and starts killing them off, Max is promoted to field agent and paired with Agent 99 to discover how KAOS has obtained nuclear weapons and stop them detonating any.

With production values that rival the Jason Bourne or James Bond franchises, Get Smart is a very competent action comedy film, littering the film with a nice amount of comedy and action that gives a friendly tip of the hat to the original series.

All in all, whilst not the perfect example of any of the aforementioned genres, Get Smart far surpassed my expectations and should surprise many, especially fans of the original series. 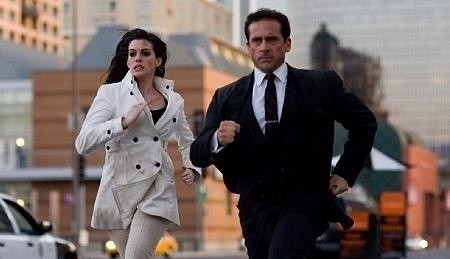 Get Smart is presented in the widescreen scope aspect ratio of 1.85:1, encoded in VC-1 compression.

Despite being first and foremost a comedy, make no mistake; Get Smart was shot and is presented just as well as any serious action film from the last few years.

Sharpness and detail is spot on. I detected no film artifacts, nor any film to video artifacts or digital noise reduction. Colour is just a little restrained, but seems to be more of a design aesthetic than anything.

Overall, a very pleasing effort, with little to complain about. 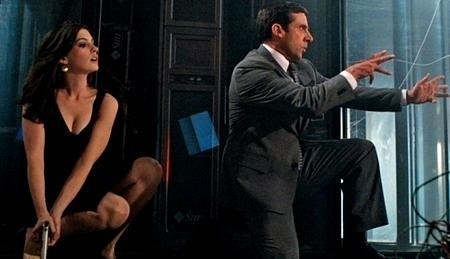 The main audio track here is an English Dolby Digital 5.1 at 640 k/bps.

This is now the second new release title distributed by Village Roadshow, but produced by Warner Brothers for the U.S. market which lacks any form of lossless audio. This is a worrying trend, and one that has dismayed Blu-ray fans worldwide. Warner is really the only Blu-ray distributor which does not release all their titles with this option consistently, but I would recommend they rectify this with haste.

What we do have is a fairly serviceable track. Despite the fairly strong visuals, the soundtrack is fairly weak in comparison. There aren't any major issues with the mastering for disc (other than lack of lossless audio), but it would seem that the original source is fairly passive. Surround activity is patchy and certainly far more restrained than a typical action soundtrack. Bass usage is fairly consistent, but more reigned in than I would have expected.

Overall, a serviceable track, but far less aggressive than I was expecting, exacerbated by the lack of lossless audio. 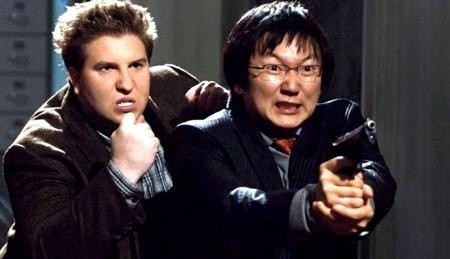 Maybe we have just been spoiled a little too much lately, or it could be my natural cynicism, but I can't help the sneaking suspicion that the lack of extra features is more than a little intentional. I mean, Get Smart 2 is coming in 2010...Here's what we do get though.

First up is the Comedy Optimization mode, which is a branching feature for alternate takes of certain scenes throughout the movie, accessed by an on screen prompt. With films like these, often multiple takes of the same scene are filmed and this is how we can watch but a few of them. A fairly interesting feature, but be sure to watch only after viewing the film proper.

Next up are a slew of featurettes. The Right Agent for the Job takes a behind the scenes look at the casting for the film, making sure that actors, in particular Anna Hathaway worked well with Steve Carrell. Max In Moscow is a little random behind the scenes footage from the films Moscow shoot. Language Lessons is a look at Steve Carrell's assorted improvisational skills and how he finds the right method for the joke at hand. Two Gag Reels are fairly straight forward in understanding and whilst these are good, I fail to believe that this cast didn't have way more in the way of blunders than what is shown here. 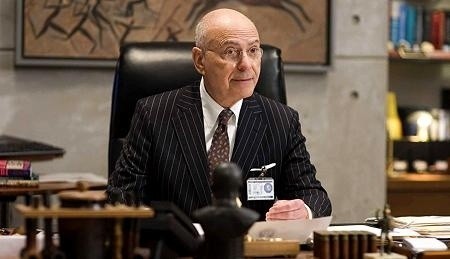 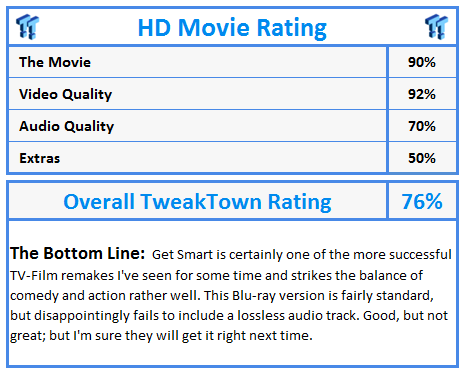