NewsReviewsArticlesGuidesGamingAsk the ExpertsNewsletterForums
TV, Movies & Home Theatre
Blu-ray Movies
Arguably the movie that propelled Arnold Schwarzenegger into the big league, after an immensely fun, but largely B- grade fare such as Commando and Conan: The Barbarian, strangely big Arnie gets overshadowed by a nameless guy in a suit, playing an interstellar hunter (well he's not really nameless, played by Kevin Parker Hall).

A team of U.S.commandos are sent to the jungles of Central America to rescue a bunch of airmen from their Guerilla hostages. Soon enough however, they realize they have more problems than a mere bunch of humans. They didn't bank on the Predator.

Predator, now 21 years old, has mostly survived the test of time, and there is still a massive fan base keeping the franchise alive, as can be attested to the sequel to Alien VS Predator which left local cinemas merely weeks ago. 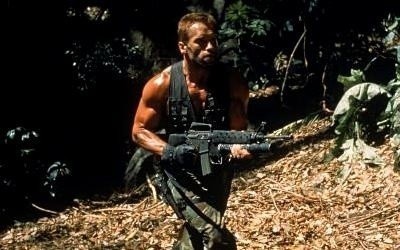 The mid 1980's have a very particular look to them and this film is no exception. It's a combination of grainy Kodak film stock, which was popular at the time, and the fact this film was filmed in Super 35, which exhibits a heavy amount of grain, and maybe the type of cameras that were around at the time, I am not sure. What I am trying to get across is that Predator is a pretty grainy film - which is not necessarily a bad thing and symptomatic of the film process, but I should point out that those whom automatically assume that a Blu-ray movie will look like a brand new, digitally filmed movie, should probably look elsewhere.

The use of MPEG-2 compression (a byproduct of a disc that was authored earlier on in Fox's Blu-ray schedule) was probably not the best choice for encoding, as it tends to make grainier films look a little 'harsh', for want of a better description. Of course, I was not privy to the original film elements so I cannot say this with utter certainty, but this is my experience with the codec.

Compared to my DVD, it looks like Fox may have slightly changed the colour timing, and bumped the contrast up a bit, the green foliage certainly looks a little darker and colours pop just that little bit more.

Predator certainly looks the goods; short of a full re-master, Predator is never going to look better than this. 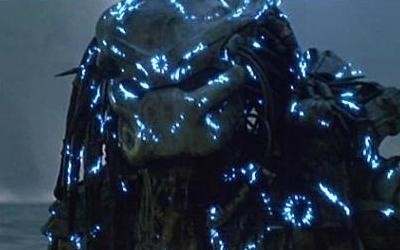 There are three audio tracks on this disc, an English DTS HD Master Audio track, and dubs in Italian and Spanish in DTS 768 kb/s. Showing my ignorance for other languages, I opted for the English track. Unfortunately, both my Blu-ray players do not have the ability to bitstream, or decode this track, so all I can review is the core DTS track, which is effectively a standard DTS audio track encoded at 1.5 Mb/s (double the bitrate normally found on a standard DVD - no slouch to be sure). So while reviewing the film, in the back of my mind I knew this was not quite as good as I *could* be getting, but what's here is still pretty fantastic.

Admittedly, the track is showing its sonic age with a harshness to sound effects and a brassiness to Alan Silvestri's score. But the audio remixers have done a bang up job of remixing the elements and making a believable audio landscape out of the original stereo track.

Overall, a nice presentation and kudos to Fox for delivering lossless audio on all their Blu-ray releases, but we need some damn hardware to decode the audio tracks! 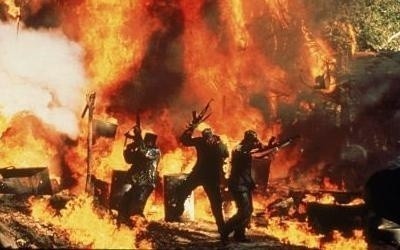 Wow. There's basically nothing here. Short of the original trailer for Predator (which is cool to have in HD), we only have two additional trailers; one for the god awful Planet Of The Apes remake, and Eragon (also presented in HD). 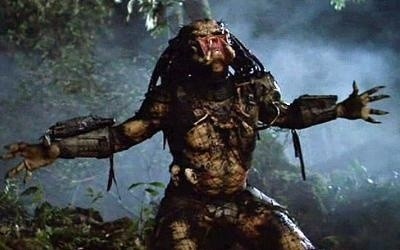 Predator is still the original and the best in the growing franchise. It looks and sounds pretty good on Blu-ray, but other than the film itself there is little to call home about.

Die hard fans will want to hold onto the previously released 2 disc DVD for a bit longer, or less die hard fans may wish to hold off for the inevitable special edition. 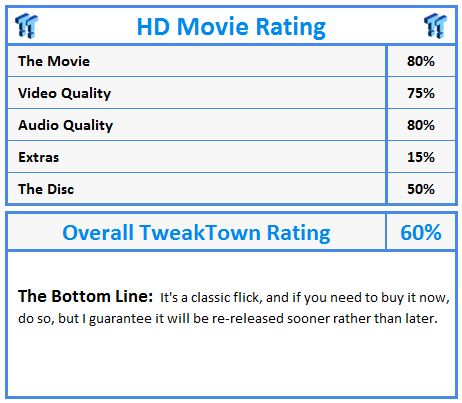