Lightweight, comfortable, and a stylish design that features a fully retractable microphone. The SteelSeries Arctis Nova 3 is versatile, but the sound really comes alive on PC thanks to great software support in Sonar.

SteelSeries is a brand that is synonymous with creating peripherals for PC and consoles, and when it comes to audio, its Arctis headset range has been popular for several years. And for good reason, from a pure style and look perspective, the company's use of ski headbands has proven to be quite iconic, not to mention great for delivering in the comfort department.

On top of this, Arctis audio is tuned to deliver a crisp and natural sound across a wide range of media with support for multiple devices. And with robust software support on PC, no matter if it's a high-end wireless Artis Nova 7 or a wired solution like the Arctis Nova 3 reviewed here, there's plenty of room for configuration and fine-tuning. 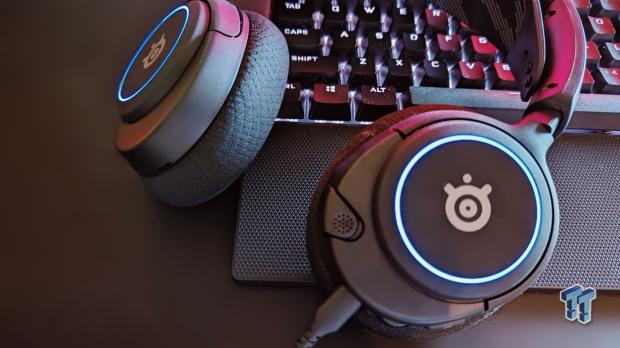 The microphone now completely retracts into the headset too, which is great to see. The price point for Arctis Nova 3 sits at USD 109.99 and AUD 199, which means it's in one of the more competitive spots for audio hardware. So, there's seemingly a lot to prove.

Being wired versus wireless might sound like a step down in terms of functionality and portability, but it's the sort of decision that can add quite a bit to a headset. For one, wired headsets are often lighter than wireless headsets, and the Arctis Nova 3 weighs in at a very lightweight 253 grams. Without having to worry about streaming audio data over Bluetooth or 2.4 GHz Wi-Fi, and the pain of trying to keep latency down, there's also room to add a richer default sound profile on a wired headset.

At least that's the idea, and with its USB-C interface (there's also a 3.5mm connection option for Xbox and other devices), the onboard DAC found in the SteelSeries Arctis Nova 3 is quite capable of delivering great audio across games, movies, and music.

But it's in the software department that SteelSeries takes the audio and sound to the next level - with its Sonar app proving to be one of the most versatile and detailed audio customization suites out there. From the fully parametric EQ to the decent AI-based noise cancellation, when hardware and software come together like this, it's wonderful. 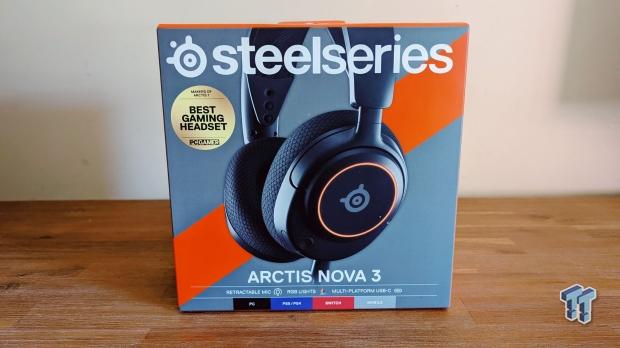 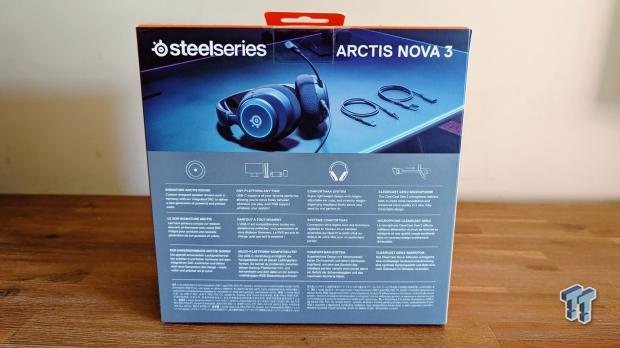 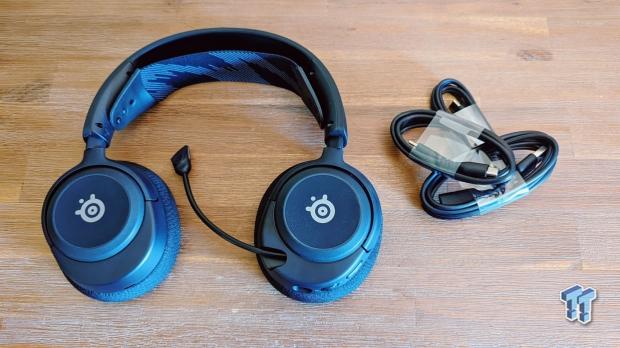 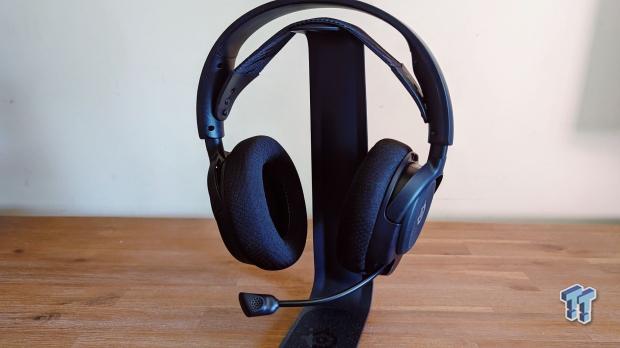 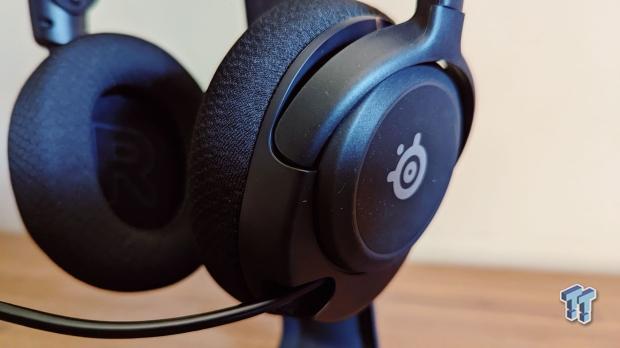 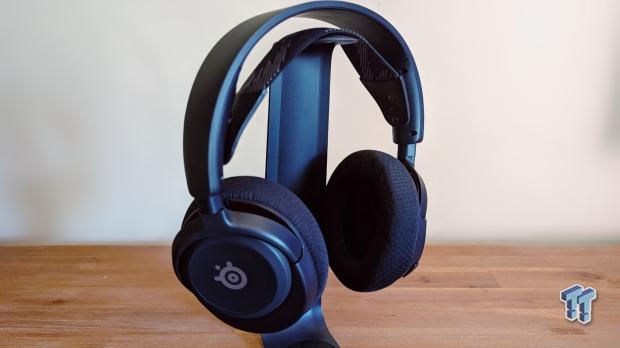 The SteelSeries Arctis Nova 3 might feature an all-plastic build, but it's a surprisingly robust one that is flexible and adjustable to a fault. SteelSeries calls the four points of adjustment the ComfortMAX System - which, apart from being an overly wordy bit of branding that peripheral makers like to slap onto a product, it's about a combination of specific features.

First up, there's the stretchy ski headband to support and distribute weight evenly, as found on many SteelSeries headsets over the years. Then there's the earcup swivel to support 90-degree adjustment, the usual headband height adjustments above each cup (which are plastic), and the new fully retractable microphone design.

The latter is a great addition, as once fully retracted, the microphone disappears into the headset and isn't noticeable apart from the microphone cover that captures the sidetone. The cups themselves feature fabric memory foam cushions to add another layer of breathability to the comfort, though they are quite soft and potentially not suitable for all fits.

When you factor in the lightweight 253-gram weight, though, the SteelSeries Arctis Nova 3 quickly becomes one of the more comfortable headsets in the SteelSeries range. Head pressure is nominal, too, making it something that can be worn for extended sessions.

Like those before, the SteelSeries Arctis Nova 3 is quite stylish and a step forward for the Arctis range in terms of look. Although this is probably the most subjective part of this review, the new Arctis Nova look hits a sweet spot between a gaming device and straight-up audio headphones. The RGB lighting is handled tastefully, too, with a light ring found on each cup circling the SteelSeries logo.

The lighting can be turned off and on via the headset, with controls on the right ear cup. Left ear controls cover volume and muting the microphone, but no chat/mix balance, unfortunately. That and other customization are handled via software.

Hardware-wise, the 40mm drivers feature a balanced sound, in that it'll probably have most people reach for the bass boost button in whatever app or device they use. There's low-end here for sure, but like the mid-range and high frequencies, the tuning feels more geared towards crispness and clarity versus explosive spectacle or stereo width. Depending on the input, some of the high-end can border on sharp and harsh too.

Case in point, electronic and bass-heavy music needs some tweaking to sound good. The good news is that with a large frequency response of 20 - 22,000 Hz, there's enough clarity to be found in the mid-range and high-end to suit just about any style of game. In other words, the mostly flat out-of-the-box sound can be tinkered with for days.

On PC, SteelSeries offers up two bits of software, its SteelSeries GG interface that offers audio and lighting customization through the SteelSeries Engine and Sonar. The latter is a new endeavor for SteelSeries and opens the level of customization available. Where SteelSeries Engine offers a six-band equalizer and some basic controls over microphone levels, Sonar offers up a fully parametric equalizer for the audio and ten-band equalizers for both voice chat and the microphone. It's studio-grade stuff, and very cool. You can give yourself that deep voice you always wanted or thought you had. Ahem. 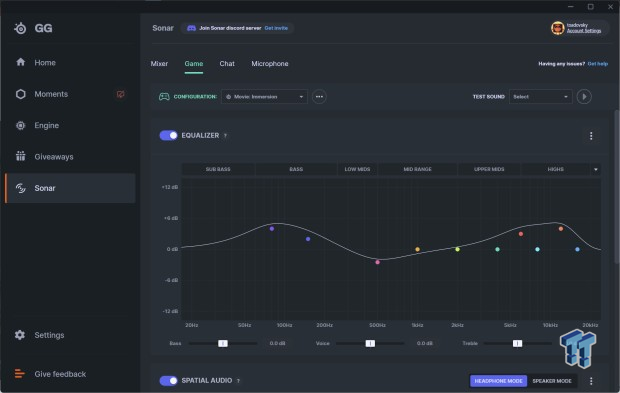 Plus, there are several game-specific presets available covering titles like Apex Legends, Destiny 2, CS: GO, and GTA V, in addition to generic presets that aim to boost footstep sounds for those into competitive shooters. Sonar's Spatial Audio is impressive when compared to some virtual surround offerings and is on par with many of the leading tools available today - like DTS. Though enabling, it does highlight some of the flatness found in the SteelSeries Arctis Nova 3's sound compared to more high-end headsets, so even here, there's still a little tweaking required. 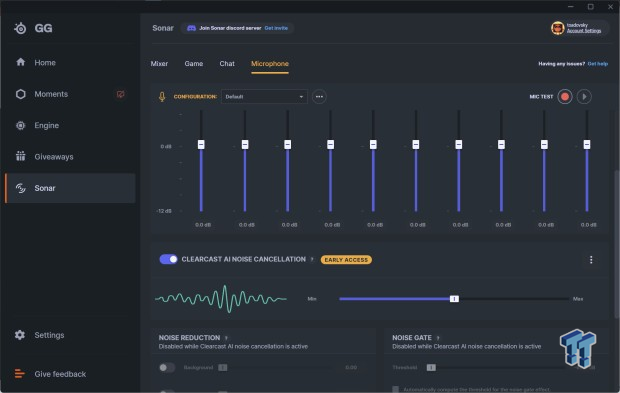 In addition to the rarely if ever seen equalizer options for chat and voice, Sonar also includes AI-based noise cancellation (which is listed as still being in Early Access), and outside of a few instances where the audio did break up - the results are quite good for masking mechanical keyboard sounds and other background noise.

That said, this is purely for chat, as the fabric cushions of the Arctis Nova 3 make it a closed headset that doesn't do much to mask outside noise. All in all, even though Sonar is nested within SteelSeries GG and sits alongside other SteelSeries customization software - it's one of the best and most promising PC tools for game audio customization and profile/preset switching currently available.

The SteelSeries Arctis Nova 3 is versatile, and opting to go the USB-C route whilst still supporting multiple devices means that you'll need to juggle multiple cables if you plan on switching between PC, PS5, and the Nintendo Switch. Thankfully the PC USB extension is quite long and detachable, so it can stay housed there, with the only real issue being the cable quality itself being of the stiff plastic kind versus a cable that flexes and hangs. But no matter if you connect the SteelSeries Arctis Nova 3 to a Nintendo Switch or PC, the sound quality is great for gaming. 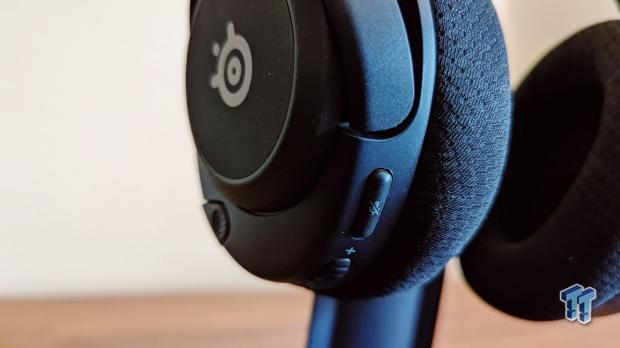 With the recent release of Overwatch 2 across PC and consoles, it proved to be the perfect game to test out the competitive chops of the SteelSeries Arctis Nova 3 across PC, Xbox, and Switch. Although the software allows for deeper customization and more robust surround, the balance and crispness of the audio still sound great, no matter if you're using the 3.5mm connector or USB. But when connected to a console, it feels like low-end detail and oomph are lacking. Something that can easily be fixed on a PC.

Testing across a range of games, mostly on PC, it didn't take long to find a cinematic and immersive sound profile that worked well for games like Marvel's Spider-Man, Cyberpunk 2077, and Assassin's Creed Odyssey. From character dialogue to music to the sort of deep bass that comes with an explosion alongside crisp highs, there's a lot to like about the SteelSeries Arctis Nova 3 sound. 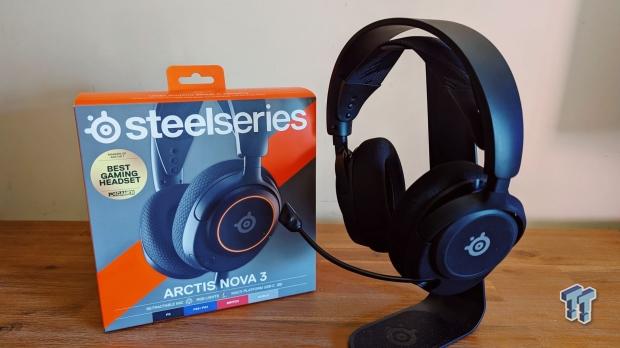 That said, it does seem to be a little lacking in spatial presence and distinct channel separation that can sell a dynamic soundtrack. It's not all close-up and boxed-in, but it's not quite where it needs to be - at least in terms of the price point and the wired nature of the headset.

The good news, the microphone here is uniformly excellent and captures a realistic vocal tone for a chat. On PC, you've got the added benefit of noise cancellation with Sonar, but no matter the platform, the actual chat quality itself is damn impressive. And a step up from older SteelSeries headsets.

It might not be a replacement for a dedicated microphone, but the quality here is good enough to stream with - and certainly good enough for video conferencing or a virtual presentation. On PC, you have the added benefit of decent noise cancellation, which is very welcome.

The Arctis Nova 3 is versatile enough to connect to pretty much every console, on top of a PC - even via USB-C if there's enough slack. With each platform offering up sound customization and surround, there isn't a huge difference between devices and what the SteelSeries Arctis Nova 3 can deliver. On the PC side, getting access to SteelSeries Sonar to fine-tune and tweak the audio to sound right for you is a definite plus, as it's something that does elevate the sound potential.

Without tweaking, the only issue comes with the somewhat flat bass (compared to some headsets) and a sometimes overly crisp high-end. The out-of-the-box balance works great for most games, though. It's only when you start listening to certain music that customization needs to enter the picture. 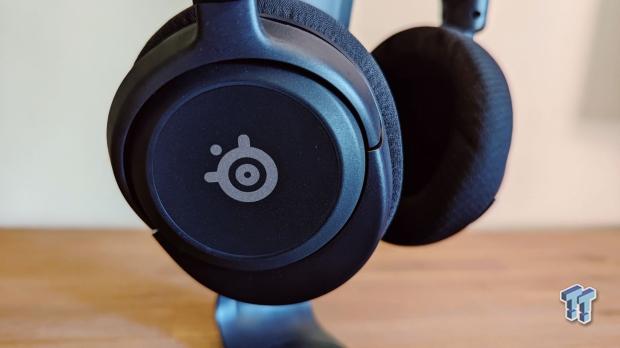 As a wired headset, the SteelSeries Arctis Nova 3 is lightweight, comfortable, versatile, and a bit of hardware supported by some great software. When we look at headsets, it's often the hardware that takes center stage, with software and other compatibility feeling like value adds instead of equally important parts of the overall picture.

And on that note, the SteelSeries Arctis Nova 3 is a nice reminder that being versatile also means providing great software support - because adjusting a headband to fit is just as important as tweaking an equalizer to suit a particular game or even personal preference. 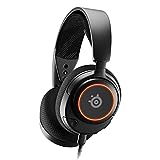 Lightweight, comfortable, and a stylish design that features a fully retractable microphone. The SteelSeries Arctis Nova 3 is versatile, but the sound really comes alive on PC thanks to great software support in Sonar.