A low-latency wireless headset that is one of the lightest and most comfortable we've tested to date. The Logitech G535 Lightspeed Wireless Gaming Headset lives up to its name, and backs it all up with great audio.

Sessions that last longer than an hour are not only common when it comes to playing games, they're pretty much the norm. So, at a certain point, the weight of a headset or pair of headphones begins to make itself known and add undue fatigue. For gaming headsets, especially wireless ones (these tend to be heavier than wired options), factoring in the overall weight becomes a key part of the decision-making.

Weight isn't simply about comfort. It can be the difference between feeling happy with a purchase one moment and then having those pangs of buyer's remorse hours later. 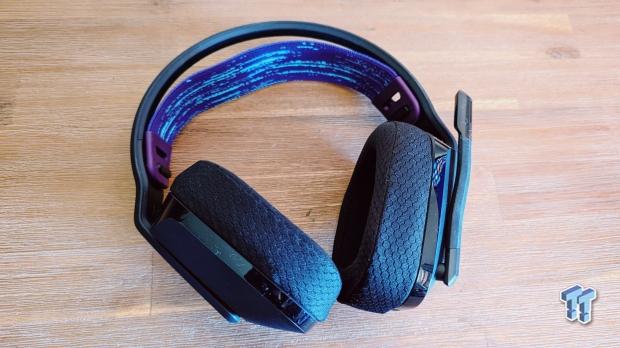 As the product name suggests, the Logitech G535 Lightspeed Wireless Gaming Headset is a new wireless gaming headset from Logitech that uses its impressive low-latency Lightspeed Wireless tech to deliver up to 12 metres of lag-free coverage. And to add a bit of context to the introduction, it also happens to be one of the lightest wireless gaming headsets in its price range - weighing in at 236 grams.

Compared to most gaming headsets, it's practically featherweight, with the form factor and fit following in the footsteps of recent lightweight all-plastic with fabric ski-band style headband designs we've seen from Logitech.

With a current price of around USD 99 and AUD 199, it also hits that mid-range sweet spot for a wireless offering - which is great to see. Naturally, this adds extra pressure for it to deliver in the audio department and other areas that go beyond fit and feel, and the good news is it does. So, let's dig in. 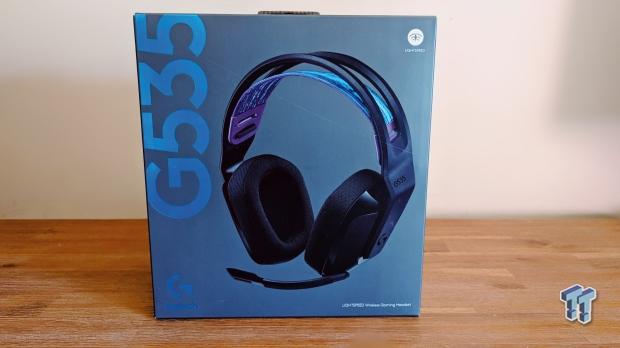 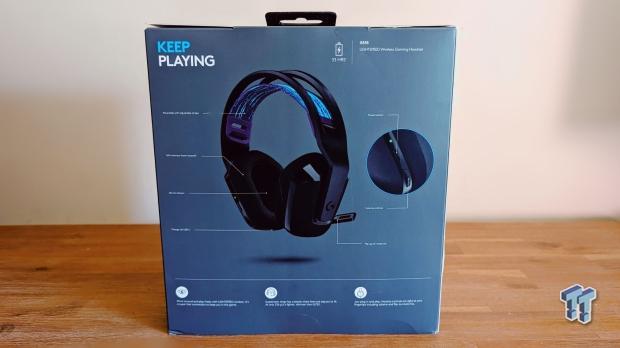 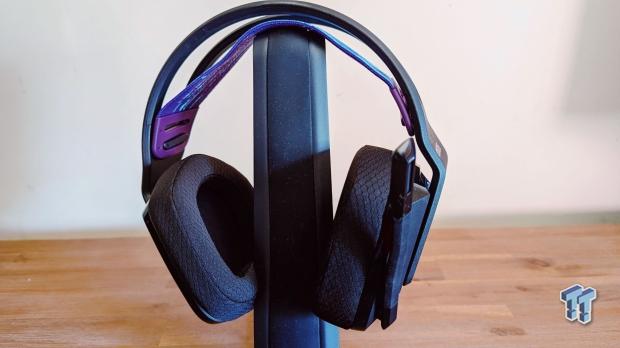 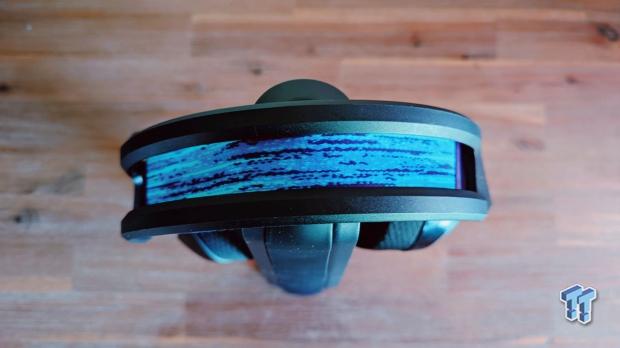 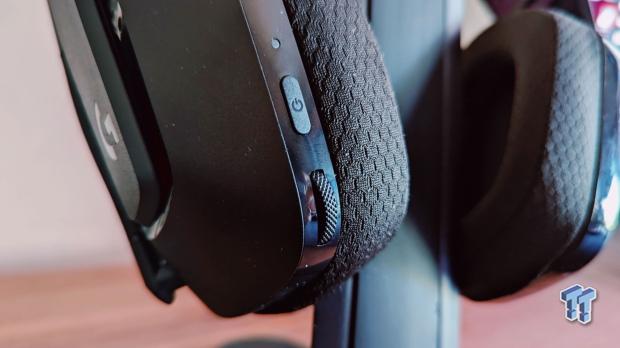 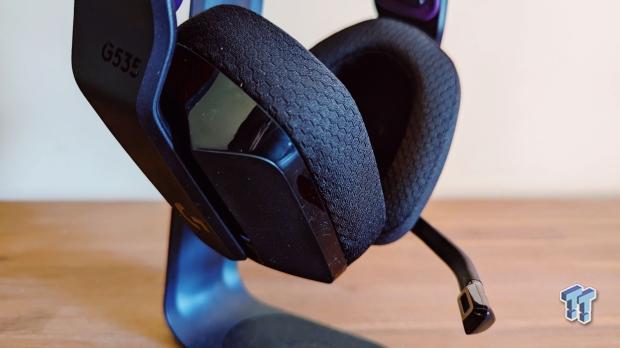 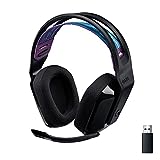 Although the build is pretty much all plastic with fabric for the ski-band style headband and the cushions, the Logitech G535 Lightspeed Wireless is surprisingly durable and flexible. The rectangular-shaped ear cushions are large enough to fit most, but there are limitations to how much swivel action there is, and the headband height adjustment only has two modest settings.

Without any RGB flourishes, you've got an all-back headset with a reversible fabric ski band, blue on one side and purple on the other. The rectangular ear cushions are quite breathable though prone to audio bleed, so there's not much in the way of passive noise cancellation.

When you factor in the 236-gram weight, the result is comfort for hours, which is great to see for a wireless headset. As the Logitech G535 Lightspeed Wireless slots into one of the most competitive price ranges, no doubt the hook here is lightweight comfort and wireless performance across 33 or so hours of use between charges. There are a few shortcomings with the design, one being the lack of on-ear controls that extend beyond a simple volume dial and the second being that the flip-to-mute microphone is not detachable.

The microphone doesn't quite sit as close to your mouth as you'd expect either, and even though that isn't a deal breaker, it does mean that as lightweight and easy to move around as the Logitech G535 Lightspeed Wireless is - it'll be tethered to either a PC or PlayStation. Whatever the LIGHTSPEED USB receiver is connected to.

Cable or 3.5mm support isn't on the cards here, which makes the Logitech G535 a pure Lightspeed Wireless headset for PC or PlayStation gaming. The good news is that the sound is neutral in terms of balance, warm, and punchy in the low-end department, with excellent mid-range detail. It's a great sound, all said, and one that has a stereo/spatial presence, which can be immediately heard when listening to music.

The 40mm drivers can deliver a booming sound, but we noticed throughout testing that the overall volume capabilities of Logitech G535 aren't as expansive as most headsets. This means that at half volume in Windows, it's not as loud as other headsets - and we're not quite sure why.

On PC, all customization and updates are handled by Logitech's G Hub software suite, which features a minimal design to the point where it will only showcase what Logitech products are currently connected - in this case, the Logitech G535 Lightspeed Wireless Gaming Headset. Outside of some basic battery info on the minimal splash page, all customization options are kept to a single page with everything cleanly laid out. 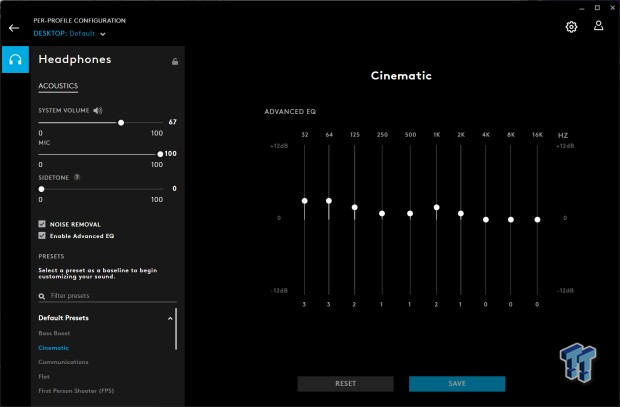 Acoustics cover volume settings for the headsets, microphone, and sidetone, with options to enable noise cancellation and an advanced equalizer. Without ticking the latter, the only control you're given over the sound profile is the ability to adjust either the bass or treble levels. As those are way too broad to provide subtle changes, the Advanced EQ is something of a must, as it opens the customization up considerably with a 10-band equalizer. Logitech offers up half a dozen presets covering movies, bass boost, and game genres like FPS and MOBA. 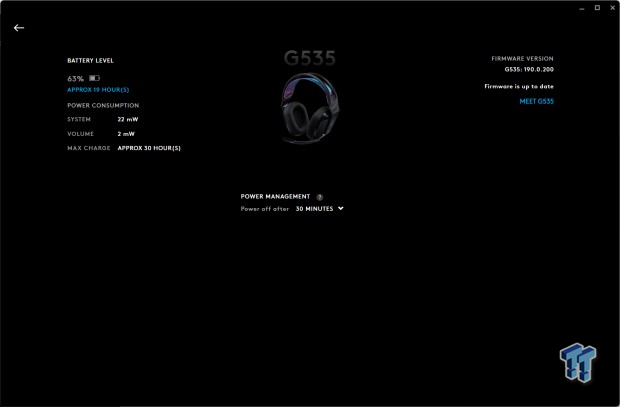 What's cool as even though Logitech's G Hub software is minimal and not as in-depth as some, you can easily search for custom presets or create and share your own. And with the ability to search for those created specifically with the Logitech G535, say, for Apex Legends, it allows for a lot of tinkering to find the right sound for the right moment. In addition to the EQ stuff, you can also get info on current battery levels and even adjust some power management settings to prolong battery life.

Having a great bass response is one thing, but having a detailed mid-range adds so much presence to the audio. In fact, you kind of need the entire frequency response to be detailed and crisp, which is why it's so important that the out-of-the-box sound for any gaming headset be good enough to play games with, listen to music, or jump into a chat session.

Messing with EQ settings and having the option to tailor the sound to suit a specific style of a competitive shooter is the icing as opposed to the be-all-end-all. As mentioned above, the Logitech G535 delivers booming bass, detailed and accurate mid-range, and high-end that isn't overly sharp or harsh. It's a warm sound and an inviting one that matches the lightweight build and comfort. 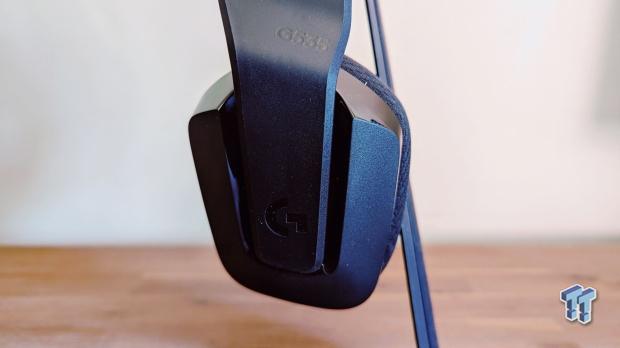 Playing through the Uncharted: Legacy of Thieves Collection (which is available now on PC), and not only does the soundtrack come across wonderfully, but the dialogue, gunfire, and other sound effects all have enough room to breathe. Switching over to Forza Horizon 5, it's a similar experience of engine sounds, radio station music, and narration, all firing and sounding great.

It was only much later that we even bothered to enable Windows Sonic, the inbuilt virtual surround tool found in Windows 10 and Windows 11. It's not the greatest spatial audio option, and you can use something like Dolby Atmos for Headphones - but you'll need a separate license.

Weirdly, there's no option to enable Windows Sonic from within Logitech's G Hub software - even though it's mentioned as an option when the headset is first detected. Things are different on PlayStation, though, where on PS5, you have access to the excellent Tempest 3D Audio - which works great with the Logitech G535.

Even though Logitech's G Hub software on PC features a 'noise removal' toggle, turning this on or off didn't really make a difference when it came to voice quality and picking up background noise from something like a mechanical keyboard. This is a shame because noise cancellation tech for microphones is becoming more and more common across various brands and headsets.

Outside of that, though, the overall voice quality of the Logitech G535 is decent, if not overly impressive. It's clear and responsive but lacking in finer detail - basically, it sounds like a headset as opposed to a legit microphone. No real low-end or mid-range clarity to add depth and a phone-style fuzziness.

It's perfectly fine for in-game chat, though the lack of direct voice/chat mix controls on the headset or even within Logitech's G Hub software feels like a definite misstep. On PS5, you have easy access to this somewhat necessary feature as there are many out there, me included, that shift the balance more towards voice when playing social games.

The Logitech G535 Lightspeed Wireless might not be as versatile as some. It's limited to PC and PlayStation, and the microphone is not detachable, but it certainly lives up to its namesake. As one of the lightest and most comfortable headsets available today, it can be worn for hours without fatigue. The sound quality, too, is great, warm, detailed, and balanced for games, movies, and music. A great listening experience, no matter if you're playing a blockbuster like God of War or chilling with some electronic music. 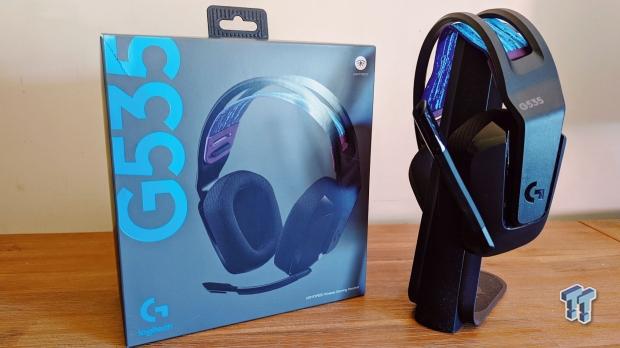 There you've got Sony's impressive spatial audio to enable, not to mention easy access to chat balance - a setting not present on PC or the on-ear controls. But with its long-lasting battery, quick charge time, lightweight build, comfort, and great audio, these are only minor gripes.

A low-latency wireless headset that is one of the lightest and most comfortable we've tested to date. The Logitech G535 Lightspeed Wireless Gaming Headset lives up to its name, and backs it all up with great audio.