Anyone building a PC in 2022 or 2023 needs to take a hard look at the Intel Core i5-13600K, as it punches well above its weight class, offers great value, and leads in efficiency. 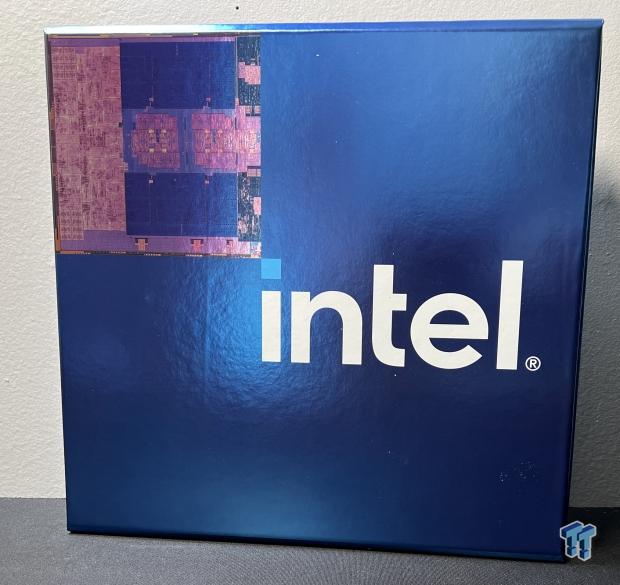 Coming off the flagship Core i9-13900K and digging into Intel's entry into 13th Gen Raptor Lake, the Core i5-13600K offers sizeable improvements over the Alder Lake 12600K. Most notable is the core count, with E cores doubling from four to eight and maintaining the same six performance cores. Base clock speeds on the P cores have changed from 3.7GHz to 3.5GHz and 2.8GHz to 2.6GHz on the E Cores.

Further specifications can be found in the image above. These include the iGPU, still the UHD 770, though its clocks, too, have been increased a few hundred MHz. CPU PCIe lanes have stayed at 20, allowing for support for a full slot GPU and NVMe m.2 solutions. DDR4 and DDR5 are both supported, as this is an in-socket upgrade, and JEDEC supported speeds increased to 5600MHz on DDR5 and 3200MHz on DDR4. 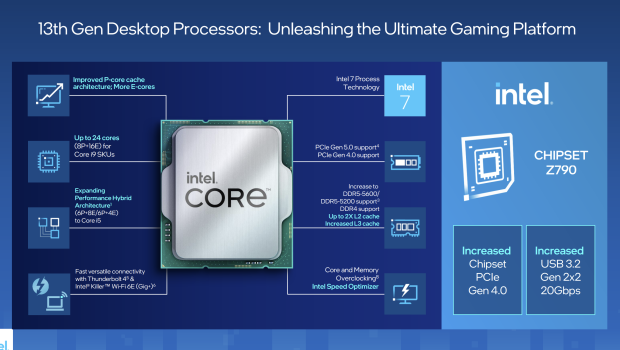 For the 13th Gen, Intel improved the P-Core cache architecture and then added more E-Cores, with most SKUs seeing double the E cores of 12th Gen. At the same time, the motherboard side will see increased chipset PCIe lanes and more connectivity. 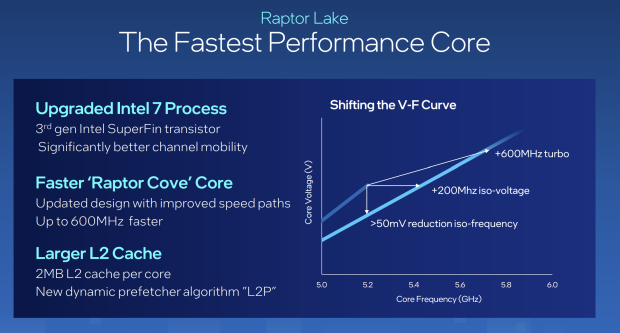 This is Intel's 3rd generation SuperFin allowing for a faster Raptor Cove core. Improvements here allowed for higher boost clocks, some seeing up to 600MHz improvement. 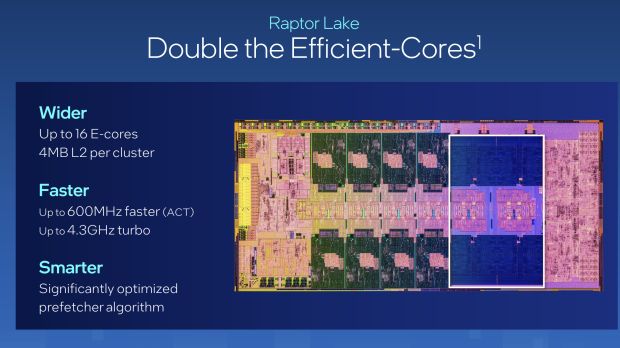 As mentioned previously, E cores have been doubled on some SKUs; the 13600K benefited from this while also grabbing higher boost clocks. 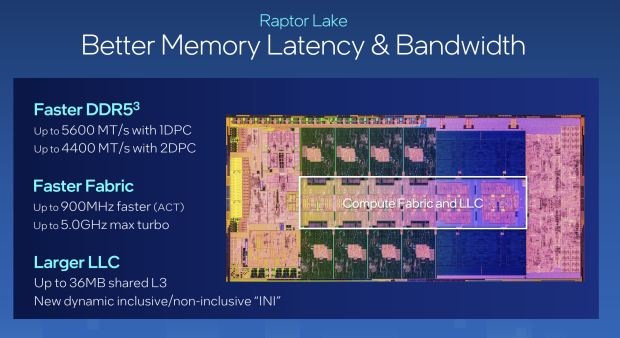 Memory Latency and Fabric, too, have been improved. 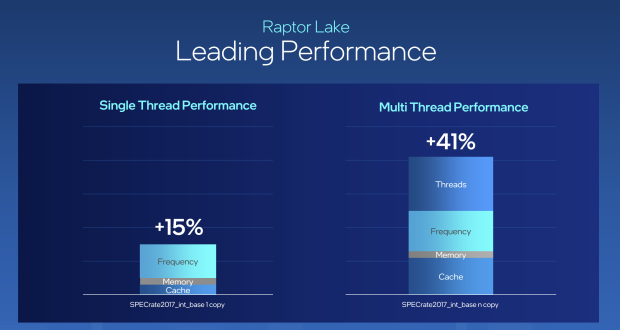 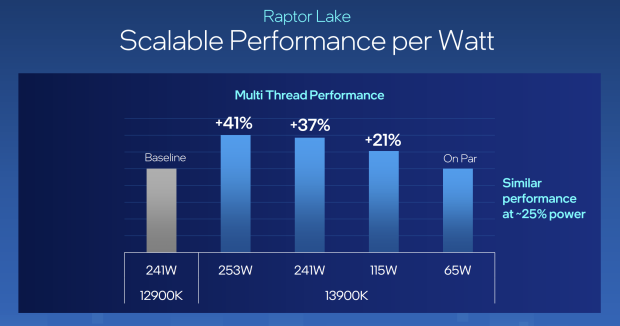 Performance Per Watt is something Intel focused on with Raptor Lake, now showing a 25% reduction in power use at the same performance.

Intel Thread Director, which was introduced with Alder Lake, has recently undergone some updates and is a part of the 22H2 update to Windows 11. 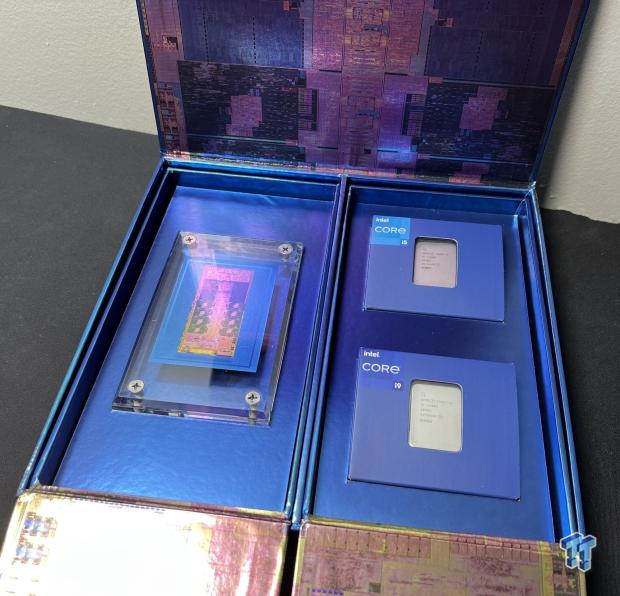 Packaging was media packaging, so there were no retail boxes. Like last year's Alder Lake samples, both the 13600K and 13600K were packed together. 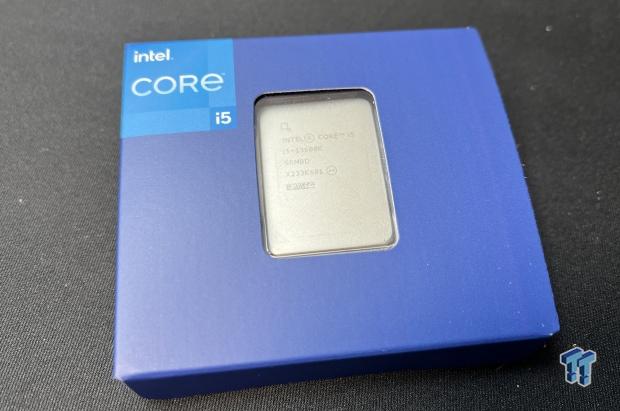 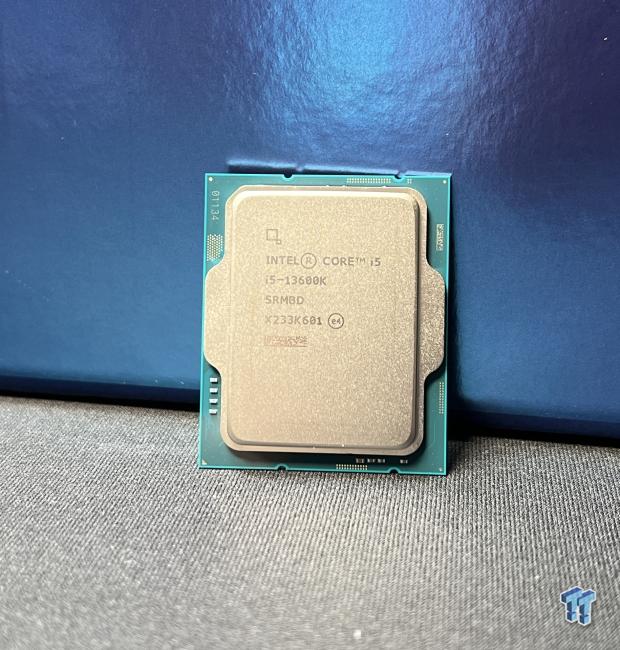 With the CPU unboxed, it's the same form factor as Alder Lake and uses the same LGA1700 socket, and is compatible with current Z690 motherboards. 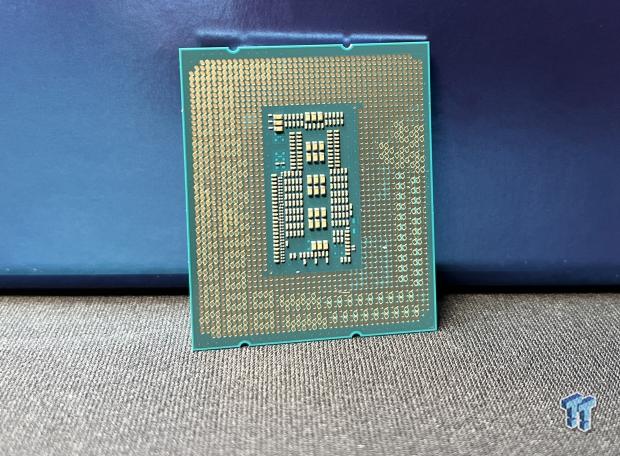 Opposite of AMDs design, Intel has a good amount of SMD on the bottom of the CPU.

Cinebench is a long-standing render benchmark that has been heavily relied upon by both Intel and INTEL to showcase their newest platforms during unveils. The benchmark has two tests, a single-core workload that will utilize one thread or 1T, and there is also a multi-threaded test that uses all threads or nT of a tested CPU. 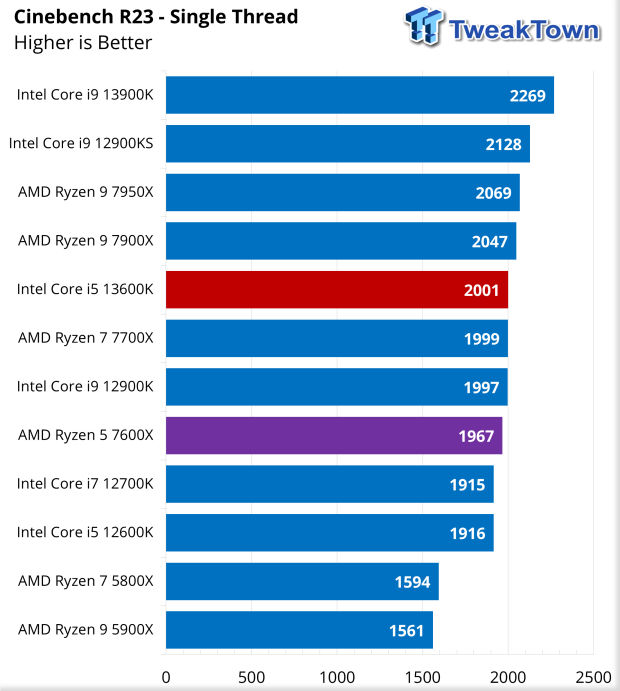 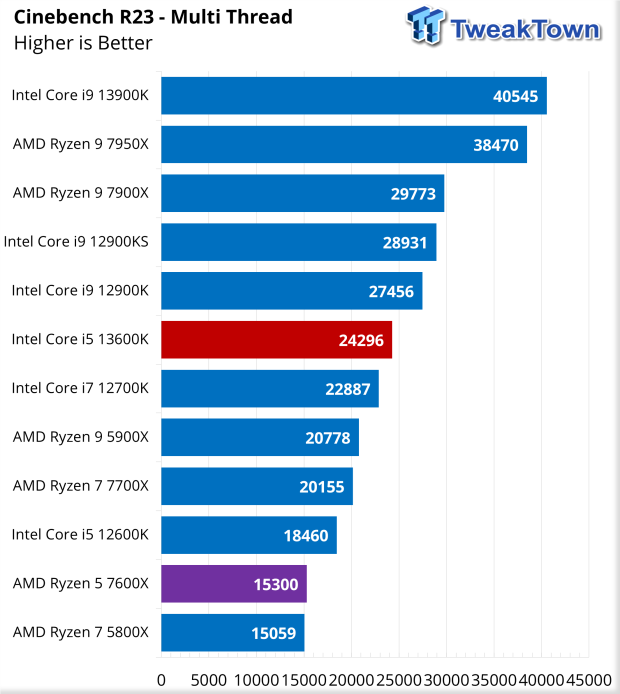 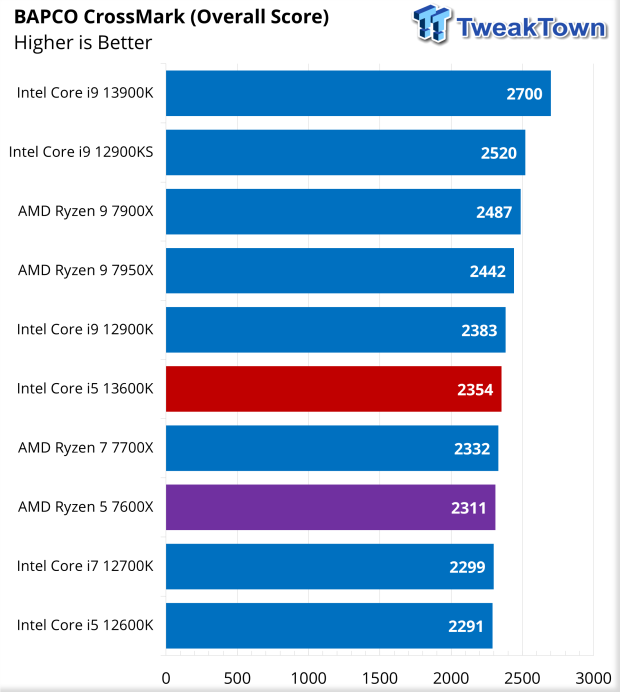 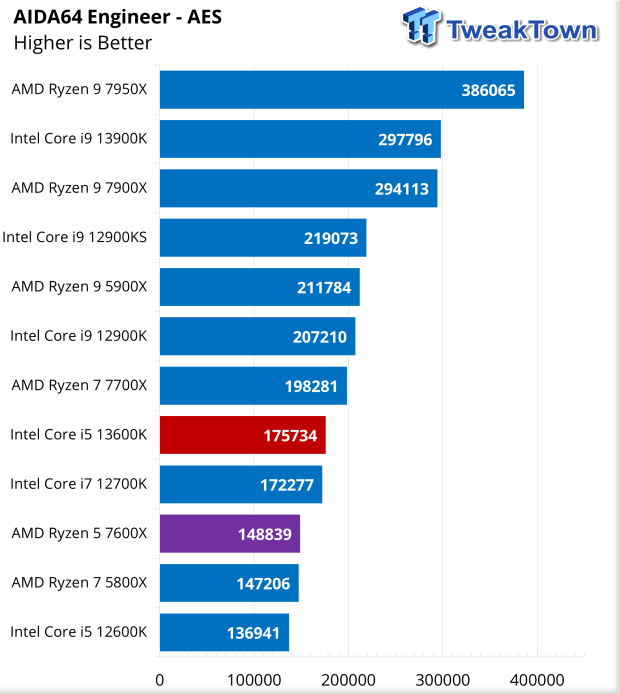 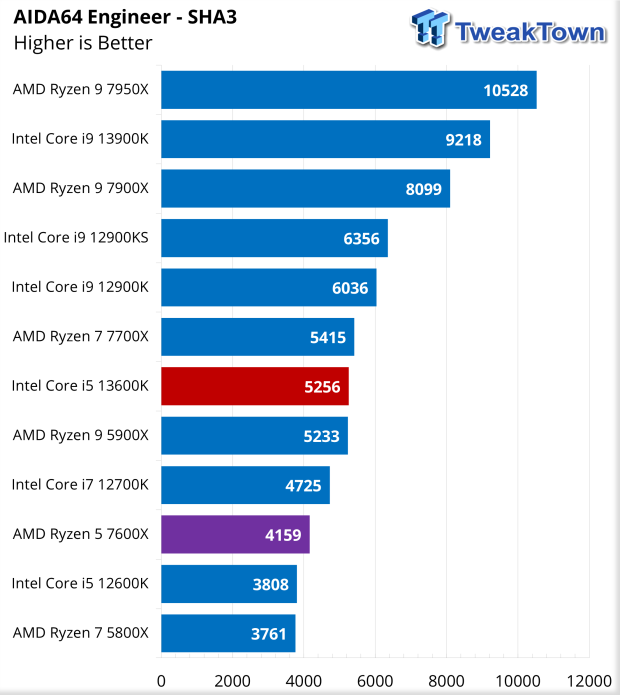 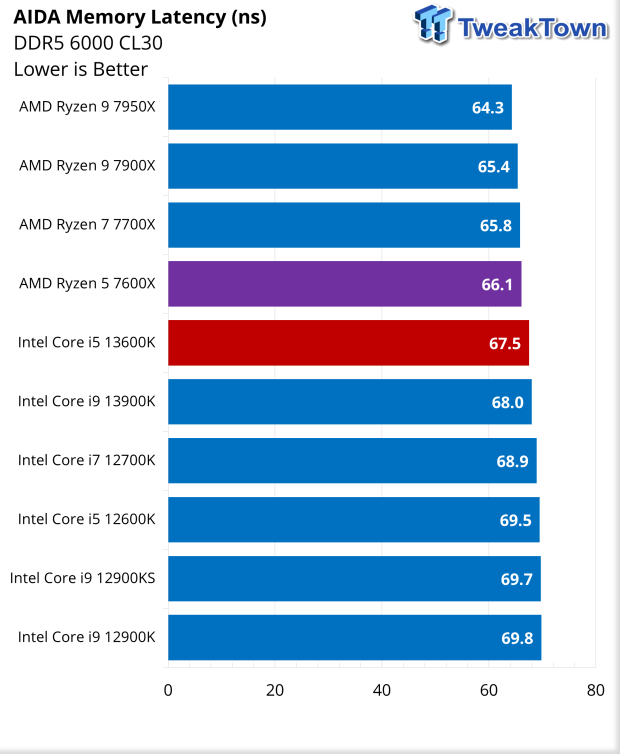 Testing memory over the last few generations, it's very apparent that bandwidth really doesn't matter past a certain point if it's slow to react. Latency of 13600K with our kit of Dominators landed at 67.5ns using XMP settings. 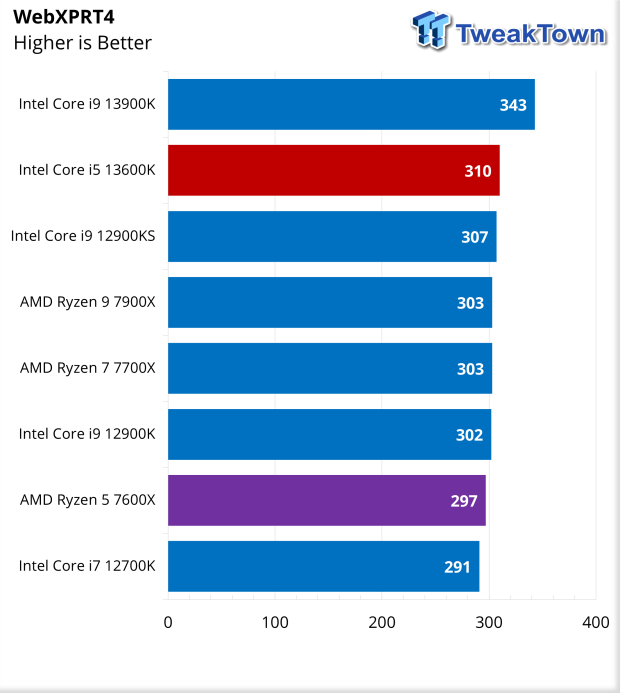 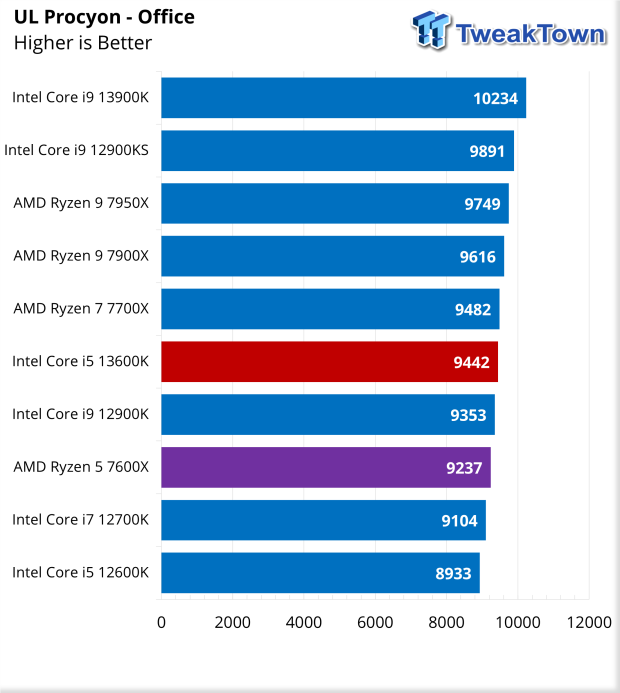 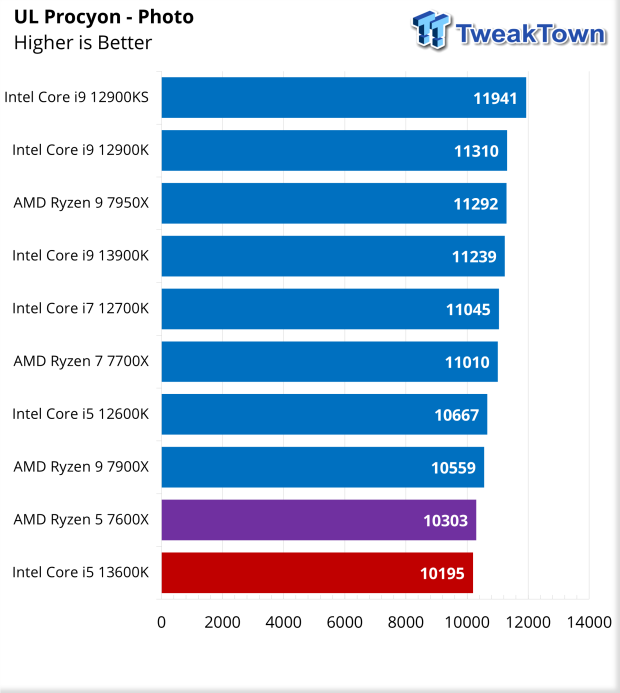 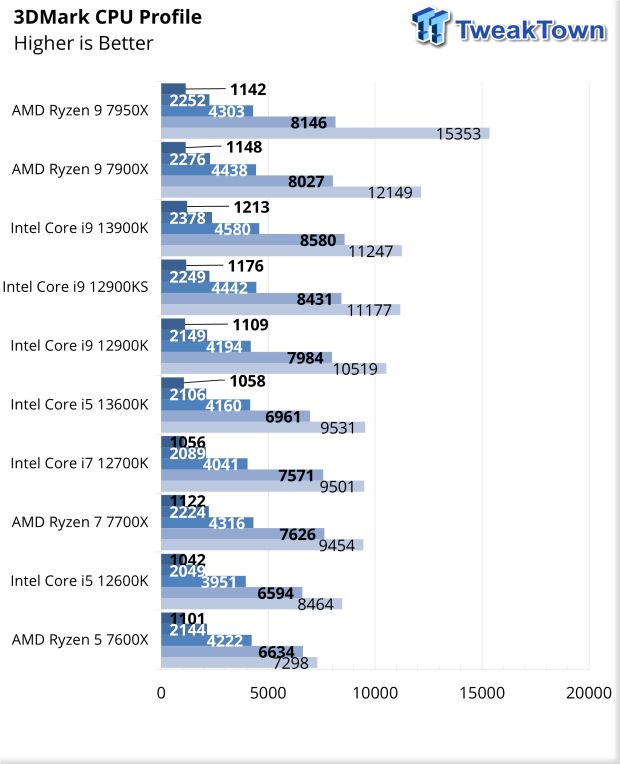 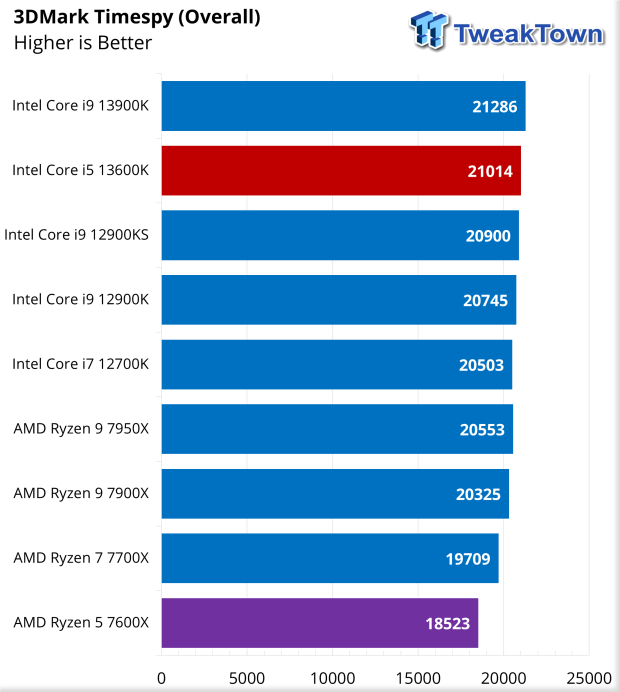 Diving into gaming, we added a few new games to our list, including AC Odyssey and Forza. We kept CyberPunk as we have been using it with our 12900KS on motherboard reviews, so we have a decent comparison. 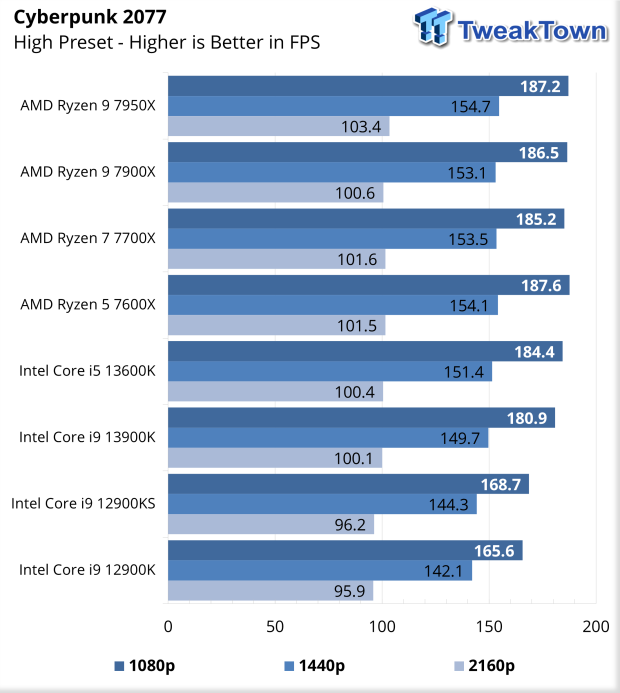 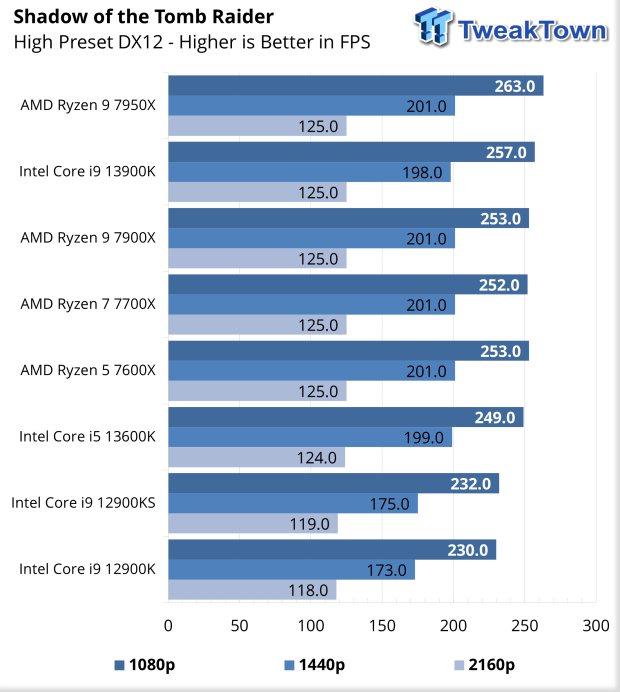 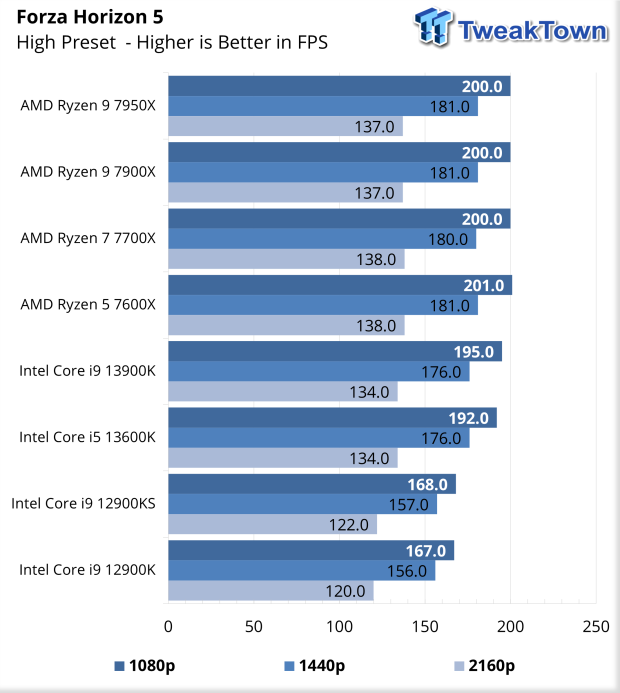 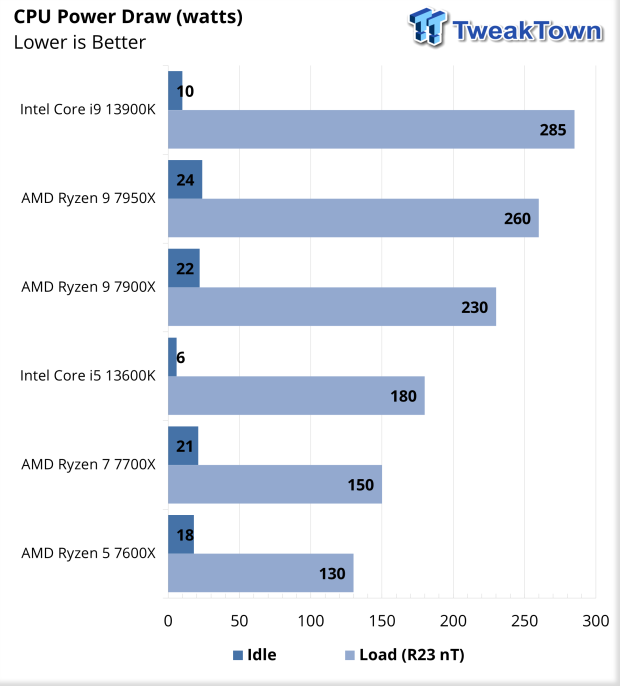 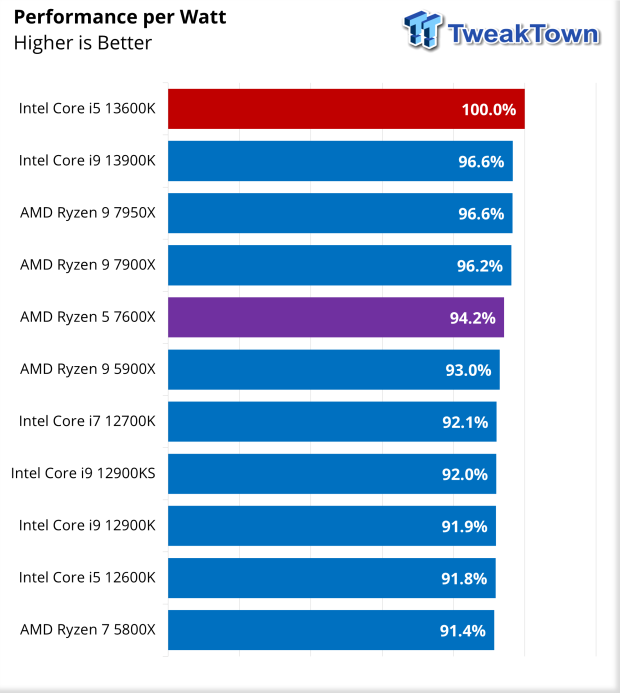 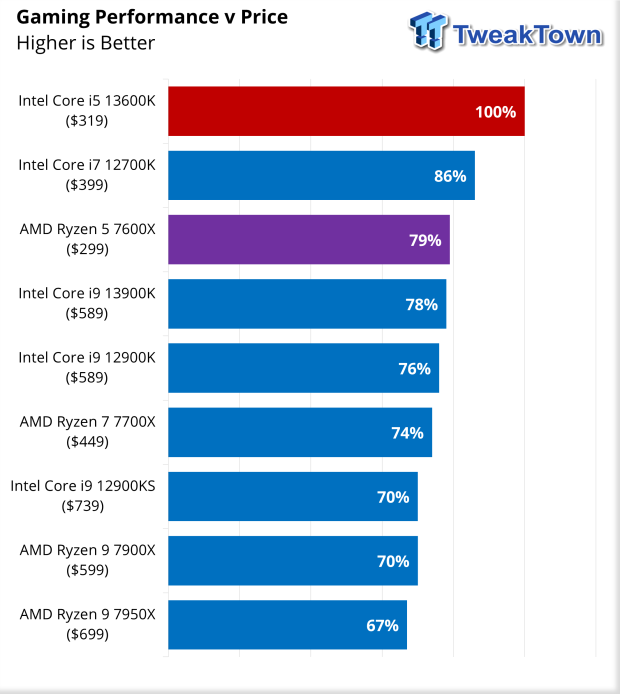 Looking at the performance across all gaming workloads, the 13600K lands at the top of our chart again, while the 7600X is about 21% worse. 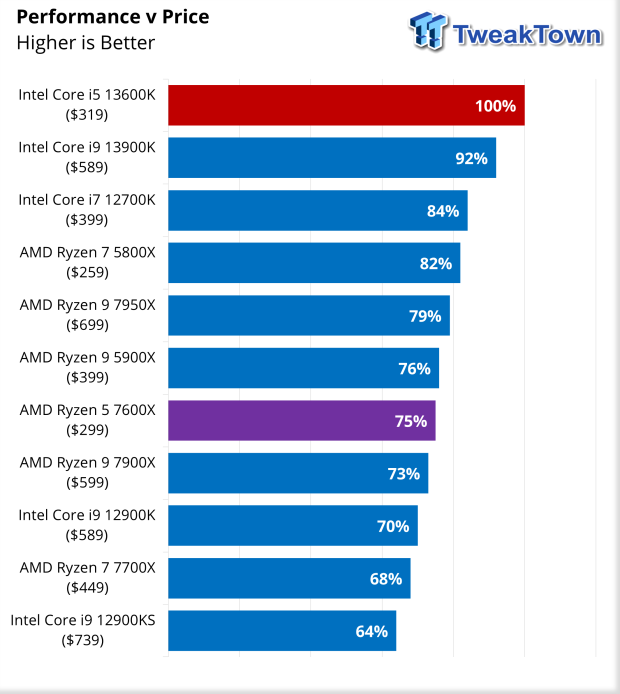 Wrapping up our testing of 13th Gen Raptor Lake, the Core i5-13600K is perhaps even more amazing than the Core i9-13900K, in the sense that this entry-level option with a $319 MSRP is more of a direct competitor to AMD's recently launched Ryzen 7 7700X than the 7600X if we are looking at performance alone.

As we discussed above, power efficiency is a huge factor for the 13th Gen, and the 13600K benefits by becoming the best CPU in our performance-per-watt testing, with the 13900K trailing right behind, and this carries on to our Performance vs. Price with gaming and productivity, taking the top spot in our charts.

Anyone building a PC in 2022 or 2023 needs to take a hard look at the Intel Core i5-13600K, as it punches well above its weight class, offers great value, and leads in efficiency.