In the last two decades, we've had dozens and dozens of theatrical comic book adaptations, from well-known properties to smaller cult offerings - and even multiple adaptations of the same material. But none have surpassed Marvel's Spider-Man for sheer quantity, whose superhero has been envisaged four times across nine theatrical films (twelve if you count the Marvel Cinematic Universe cameos!). But what all these films have in common is that they owe much to the success of 2002's Spider-Man, which helped to kick off the franchise under the careful guidance of cult director Sam Raimi.

When bullied student Peter Parker (Tobey Maguire) is bitten by a radioactive spider, he finds his body has undergone some significant changes - superhuman strength, web emanating from his wrist, and ultra-quick reflexes. Peter attempts to use these newfound powers to better his financial situation and impress the girl next door, Mary-Jane (Kirsten Dunst), but when tragedy strikes in an event he could have averted, Peter decides to fight crime as a superhero vigilante. And it's just in time, too, because the supervillain Green Goblin (Willem Dafoe) has been created and threatens to wreak havoc on the city.

The success of the film has almost as much to do with the timing of the release as it does with the quality of the film itself. In a post 9/11 United States, Americans were still reeling from the New York disaster, and along comes a production, both filmed in and set in the city, which for a fleeting moment allowed them to be swept up in a fantasy world.

While the wheels came off with the much-maligned Spider-Man 3, before the franchise was rebooted a few years later (and then... again), the original remains a fresh and exciting adventure that continues to resonate and remain culturally relevant, as seen illustrated by Maguire's return to the franchise in 2021's Spider-Man: No Way Home. The fawning critical and fan response, not least the $1.9 billion dollar box office haul, provides assurance that we've not seen the last of him as the titular hero just yet. 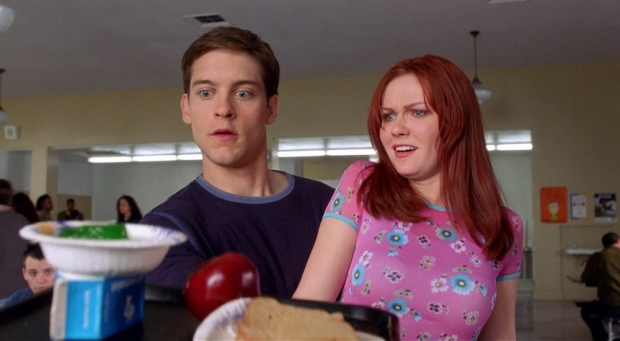 Spider-Man is presented in its original aspect ratio of 1.85:1, encoded with H.265 compression and graded with a static HDR-10 pass.

Spider-Man has always looked a bit disappointing on home video, a result which I suspect dates back to the original early 2000's production - a time when modern pipelines hadn't quite been perfected, capped with CGI enhancements that don't quite hold up today. Restored to a 4K digital intermediate around 2013, Sony Pictures probably did the best they could at the time with the elements, but it just doesn't quite gel as well as it should. And the nearly ten years since have seen significant improvements in 4K restoration and digital color timing techniques, which makes this presentation look a little tired.

Unlike the darker, moodier superhero flicks that we're now accustomed to, Spider-Man is bright, poppy, and over-saturated tones, with color that frequently appears to push more towards than magenta than perhaps it should. Compared to the previous Blu-ray release, it's an obvious improvement. Live-action shots reveal breathtaking clarity to textures, including the fine details in Spidey's suit and imperfections in the young star's complexions. But don't expect the same details in anything that's been digitally augmented - they're forever stuck in HD resolution (or less).

The HDR pass assists in bringing back some of the highlights, revealing details in shots that have been blown out in previous versions. It's mildly unfortunate that this UHD pre-dated Sony's commitment to Dolby Vision. Based on their track record with other re-releases, such as Ghostbusters, I'd bet good money that they'll have another crack at it before this format is through.

This 4K presentation is doubtless the best that the film has ever enjoyed, but it's far from a home run. 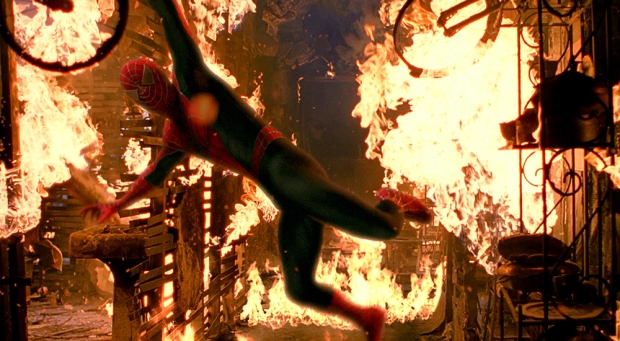 Spider-Man is presented with a Dolby Atmos object-based audio track.

Taking the previous 5.1 mix and building onto it with additional height information makes Spider-Man sing like never before. Featuring a very aggressive audio mix, Spider-Man sounds every bit the Hollywood blockbuster that it is. With an over-the-top surround channel mix and deep, commanding bass, this mix will showcase whatever your home theatre has to offer.

Dialogue is crisp and clear, cutting through even the most over-the-top action sequences, although some quieter sequences often feature an audible hiss. The front soundstage is extremely powerful, but the rears come to life during the action sequences and retain a nice ambiance throughout. The new height surrounds are appreciated and really contribute to proceedings.

Danny Elfman's iconic score remains wonderful and unmatched by other composers who have since contributed. It's mixed triumphantly and confidently throughout. 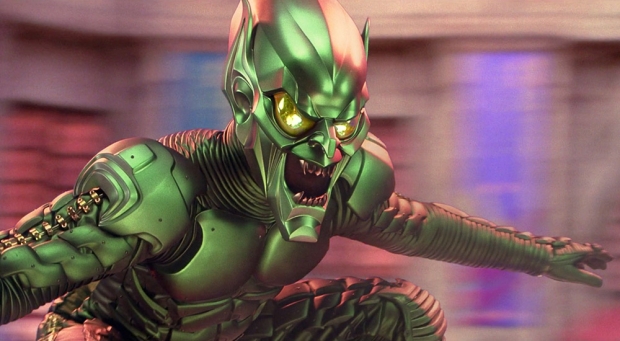 Unfortunately, at odds with the U.S. release, Sony Pictures have not included a copy of the standard Blu-ray in with this Australian release, which means everything assembled for over two decades of DVD and Blu-ray releases, including three audio commentaries and over an hour of behind-the-scenes featurettes, screen tests, music videos and outtakes are all completely (and disappointingly) absent. 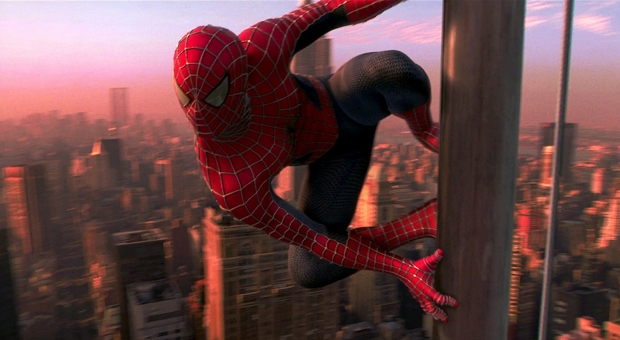 There's still a lot of love for Tobey Maguire's Spider-Man, and this 4K release is a good, but slightly disappointing remaster, which doesn't include special features.