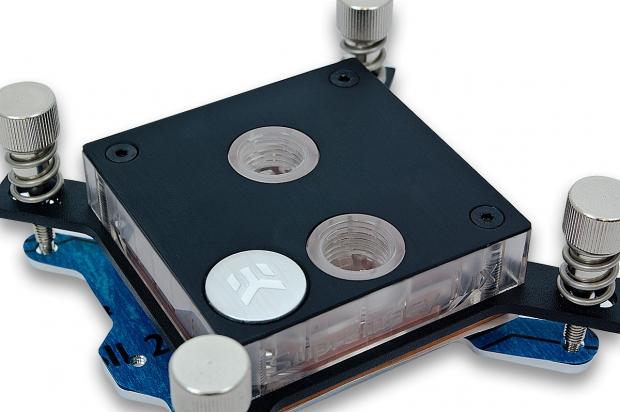 EK-Supremacy MX is a reduced cost CPU water block, available in both AMD as well as Intel variants, which comes with pre-assembled, error-preventing mounting mechanism. The result is a perfect installation which results in optimal performance every time. "Since the release of EK-Supremacy EVO our main task was to bring the same performance level to the entry class", said Niko Tivadar, Chief Technology Officer at EK Water Blocks.

The key features are: 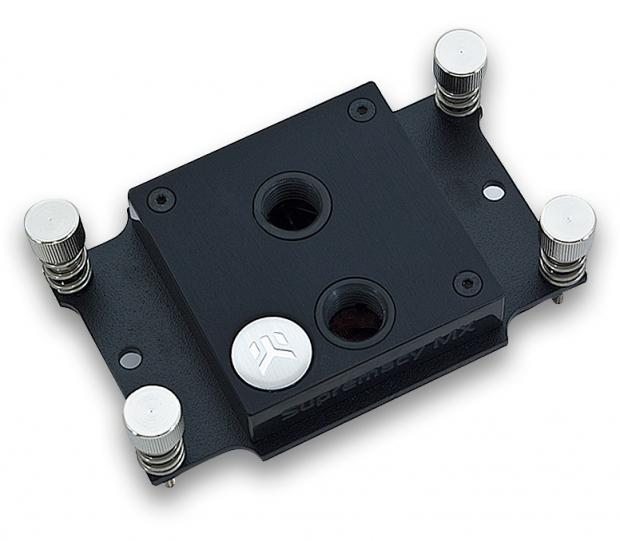 The EK-Supremacy MX uses the same cooling engine as the EVO variant. The cooling liquid accelerates through jet plate's nozzle and turbulently continues its path through numerous very thin channels, which provide extreme heat dissipating surface area. Specifically designed and carefully machined copper base (sometimes referred to as 'cold plate') is made from purest copper available on the market and is further polished to absolute mirror finish. This alone greatly improves the cooling performance of EK-Supremacy MX.

The base of this water block is made from CNC machined electrolytic copper while the top and insert are made from injection moulded (M)ABS polymer. Top is covered by black anodized brushed aluminum aesthetic cover. Translucent top variants have two slots for easy installation of 3mm LED diodes. 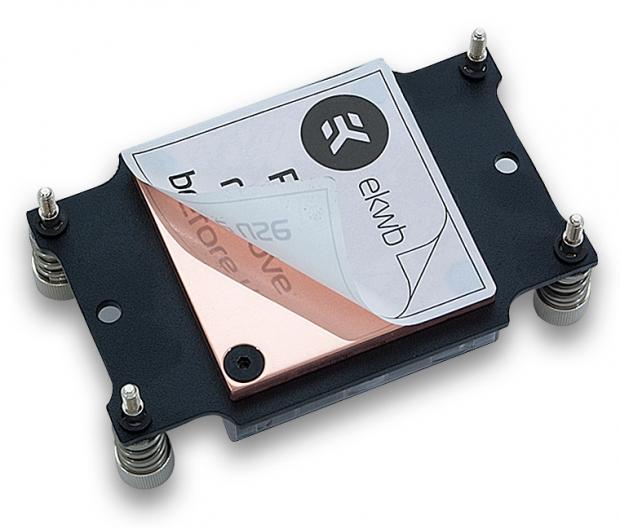 Mounting mechanism comes pre-assembled to the CPU water blocks and is secured with a circlip to hold it in place. Such design allows for a blazing fast installation, especially on Intel LGA-2011(-3) platforms! 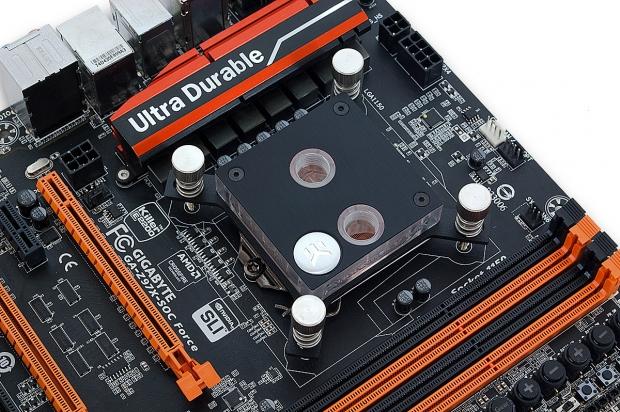 Due to commonality of parts, the EK-Supremacy MX offers the potential for an upgrade to full EVO standard.