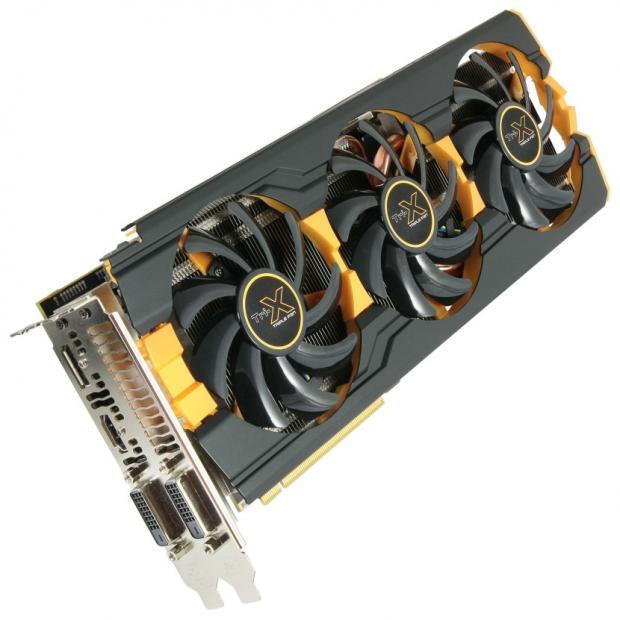 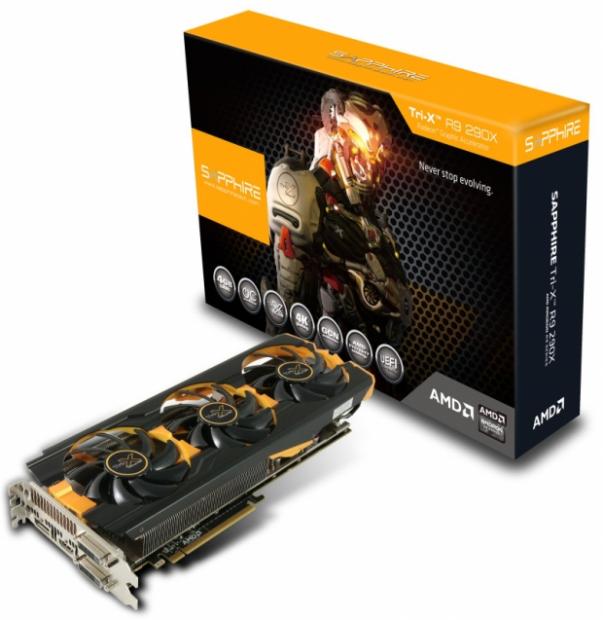 Both models are based on reference design pcbs with custom cooling developed by SAPPHIRE. The SAPPHIRE Tri-X cooler, first introduced on the R9 280X TOXIC edition to great acclaim, uses three fans with dust repelling bearings and aerofoil section blades to deliver highly efficient airflow at low noise levels, and the fan cowling is designed to ensure the airflow is routed across the hottest areas of the card.

Cooling is especially important in the R9 290 series because performance is capped by the system as the GPU temperature reaches higher levels. Therefore, by providing better cooling, maximum performance levels can be raised. SAPPHIRE has also tailored the fan speed profiles on the Tri-X models to a transitional linear mode which the company believes achieves the best sustainable performance with lower GPU temperatures. Internal testing has shown the Tri-X cooler can achieve operating temperatures much lower than the reference design.

With support for Ultra HD (4K displays) and AMD Eyefinity multi-screen technology, the SAPPHIRE R9 290 series maximises the visual experience for work or play with superior image quality and high resolution displays. It uses the PCI-Express 3.0 interface and supports multiple cards in AMD CrossFire natively without the need for bridge cables.

The SAPPHIRE R9 290 series is also equipped with the new AMD TrueAudio technology which brings a heightened level of audio immersion, surrounding gamers with realistic audio environments whether it is through stereo headsets or speakers. A dedicated audio processor in the GPU enables the SAPPHIRE R9 290 series to deliver a richer and deeply immersive soundscape, including true to life echoes, convolution reverbs and incredibly realistic surround sound environments.

In addition to superior cooling and performance, SAPPHIRE has also implemented DUAL BIOS on the Tri-X models, ensuring that the cards boot and deliver maximum performance in systems with both UEFI and legacy BIOS implementations.

SAPPHIRE Tri-X models are in production now and will be available from SAPPHIRE's usual etail and retail partners. Retail products will also include specially packaged models with a promotion for a free copy of the highly successful game, Battlefield 4.