SEOUL, Apr. 29, 2013 - LG Electronics (LG) announced that it will begin accepting pre-orders for its 55-inch (54.6-inch diagonal) Curved OLED TV (Model 55EA9800) in South Korea, with deliveries to begin next month. More than 1,400 LG retail stores in South Korea will begin taking orders today from customers for the premium TV, priced at KRW 15 million (approximately USD 13,500). The announcement makes LG the first and only company to commercialize both the flat screen OLED TV, which began shipping to Korean customers in February, and the Curved OLED TV, giving LG a significant lead in the OLED segment that is expected to grow to 7 million units by 2016, according to DisplaySearch. 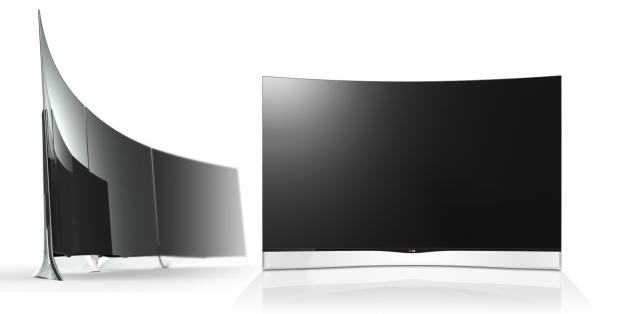 "Our Curved OLED TV is not only the proof of LG's unmatched leadership in next-generation displays but also a testament to LG's commitment to bringing to market the most exciting TV technology available today," said Havis Kwon, President and CEO of LG's Home Entertainment Company.

The new EA9800 model features the industry's very first curved screen ergonomic design, providing an "IMAX-like" viewing experience in the home. With more than five years of research behind developing the optimum curvature, the entire screen surface is equidistant from the viewer's eyes, eliminating the problem of screen-edge visual distortion and loss of detail.

Timing and pricing of the Curved OLED TV in markets outside of Korea will be announced in the months ahead.