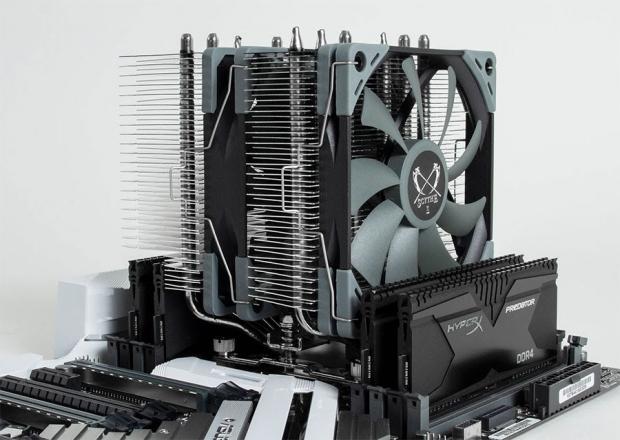 Thanks to its overall height of 154,5 mm, the Fuma 2 can be used without hesitation in most PC cases. A completely new feature of the Fuma 2 is the "Dual Fan Reverse Airflow" design, which is used for the first time and in which the fans rotate in opposite directions. This results in a higher static pressure as well as an increased and constant air flow. 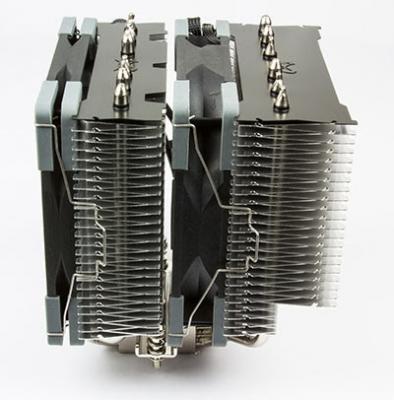 Scythe's development team has re-engineered the heat sink design of the second generation Fuma Twin Tower CPU cooler. The design continues to be based on two solid fin packages connected by six powerful 6 mm copper heat pipes. The heat pipes are U-shaped and run through a solid copper base plate. In contrast to the predecessor, the Fuma 2 comes with an asymmetric heat sink design, where the two towers are offset to the side. 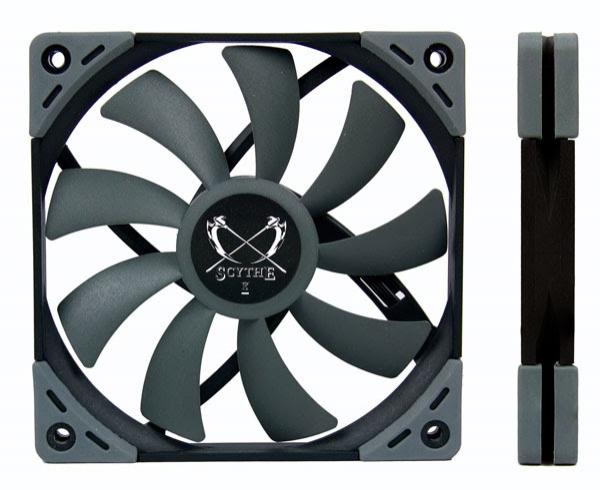 The fins of the heat sink have also been shortened on one side. These adjustments enable the Fuma 2 to offer unrestricted RAM compatibility even on mainboards with memory banks on both sides of the socket. To protect the CPU cooler from corrosion, all copper heat pipes as well as the base-plate are carefully nickel-plated. 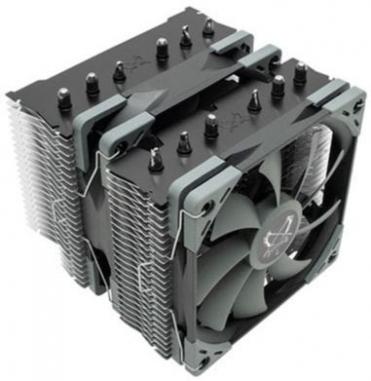 The Fuma 2 CPU cooler comes with two of the high-quality Kaze Flex 120 PWM fans. In addition to a regular model with 25 mm thickness, a new, narrower Kaze Flex 120 Slim PWM with a frame width of 15 mm is used. Both models rely on the Sealed Precision FDB, which reduces friction and wear to a minimum thanks to a special oil film. Rubberized bearing surfaces have a decoupling effect and prevent the transmission of vibrations. 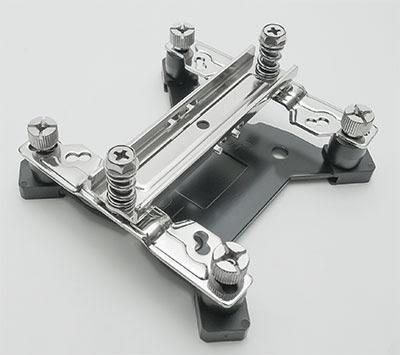 Another unique feature is the "Dual Fan Reverse Airflow" design, in which the Kaze Flex 120 PWM and the Kaze Flex Slim 120 PWM rotate in different directions. This results in a higher static pressure as well as an increased and constant airflow.

Both fans are connected to the mainboard using the supplied Y-adapter, whereby the rotation speed of both fans is regulated accordingly via the PWM signal. The speed range extends from inaudible 300 rpm to the powerful 1.200 rpm. Users are able to mount a third fan for even more cooling capacity. The necessary set of fan-clips is included in the scope of delivery.

In addition to mounting material, the scope of delivery also includes a syringe of thermal paste, three fan-clip sets, a matching screwdriver, a Y-PWM adapter and the multilingual installation instructions.