London, April 21st, 2019 - OP Gaming Rangers have emerged victorious as the winners of the FACEIT Global Summit: PUBG Classic, the electrifying global event which took place between 16th-21st April at ExCeL London and where 24 teams battled it out for the $400,000 prize pool. 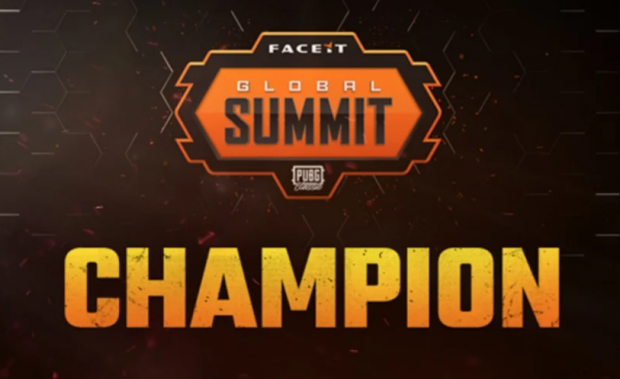 FACEIT, the leading competitive gaming platform and organisers of some of the largest esports events in Europe and North America, in partnership with PUBG Corporation, are delighted to reveal that OP Rangers will be immortalised in PUBG with a commemorative PUBG Classic winner's item. More details for the item will be released later in the year, but fans everywhere will be able to celebrate the victory and support the champions, with a portion of the proceeds going directly to OP Gaming Rangers.

The FACEIT Global Summit was the first global event of the 2019 PUBG esports season and marks the end of Phase 1. Adding to the celebration, OP Gaming Rangers, Shoot To Kill and Team Liquid each gained an additional slot for South Korea (PKL), North America (NPL) and Europe (PEL) respectively, at the PUBG Global Championship later this year. OP Gaming Rangers were crowned FACEIT Global Summit Champions after an epic series of battles through the Group Stage, an Elimination stage, and then sealing the win in the Grand Finals. Twenty-four teams from North America (NPL), Europe (PEL), Korea (PKL), China, Japan (PJS), Chinese Taipei/Hong Kong/Macau, Southeast Asia, Latin America, and Oceania flew in to compete in the first ever PUBG Classic, marking an important piece of esports history.

'With this event we set out to kick off the 2019 PUBG esports season with the kind of epic, dramatic and fan centric tournament that a game like PUBG deserves' said Michele Attisani, Co-Founder & CBO of FACEIT. 'OP Gaming Rangers played incredibly well throughout the tournament and more than earned the win, whilst every other team who competed brought their absolute best, making it a true fight for the ages.'

Jake Sin, Global Esports Manager for PUBG Corporation said "this was a fantastic tournament for PUBG and we're proud of the remarkable competitive spirit we saw from all of the teams. We wanted to do something extra special for the end of PUBG esports Phase 1, and the FACEIT Global Summit has been the perfect exclamation mark for that."

For more information on the FACEIT Global Summit: PUBG Classic, visit pubgesports.com or follow the competition on Twitter (@faceitpubg / @pubgesports).