MONZA, Italy - April 12, 2019 - Assetto Corsa Competizione, the official Blancpain GT Series game, developed by KUNOS Simulazioni and published by 505 Games will leave Steam Early Access on May 29, 2019 for 34,99 The companies made the announcement during a press conference today at Monza Circuit, in conjunction with the start of the first round of SRO E-Sport GT Series; the new e-sport championship born from the partnership between Kunos Simulazioni and SRO, with the support of Pirelli and AK Informatica. 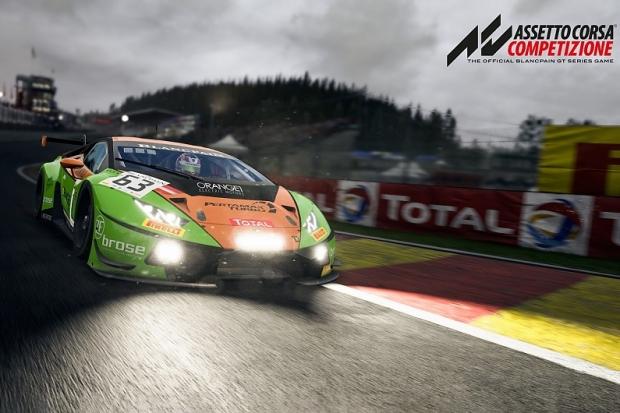 Assetto Corsa Competizione will allow players to experience the real atmosphere of the FIA GT3 homologated championship, including official drivers, teams, cars and circuits, reproduced in-game with the highest level of accuracy. Developed using Unreal Engine 4 to ensure a visual treat, Assetto Corsa Competizione sets a new standard in driving realism and immersion, including the introduction of variable weather conditions and night races to influence challenge and racing strategies.

Virtual drivers will experience a simulation of the Blancpain GT Series by taking the wheel of one of the game's featured luxury motorcars including Ferraris, Lamborghinis and Aston Martins, or choose from a number of other prestigious GT racing cars, all replicated with an outstanding level of detail. Using LaserScan technology, every official circuit has been recreated with precision with the utmost accuracy, a level of detail appreciated by the real-life drivers of Blancpain GT Series who actively took part in the development process and use Assetto Corsa Competizione to train before the actual races.

"We are well aware of the advantages given by the Steam Early Access program and with Assetto Corsa Competizione we have further improved interaction with the community during this essential phase," said Marco Massarutto, co-founder, brand & product manager of Kunos Simulazioni. "This synergy allowed us to make changes, additions and improvements during the development stage, guaranteeing an even better driving and gaming experience at launch. The gallery of images that we're sharing with this announcement was not realized by our studio, but was created directly by our players, to highlight not only the visual quality and the obsessive attention to details, but also the essential contribution and support that our community has been giving us for years now."

The final version of Assetto Corsa Competizione will include the following key features:

Assetto Corsa Competizione, which be available in version 1.0 on Steam on May 29, 2019 for 34,99, is currently available in Early Access.