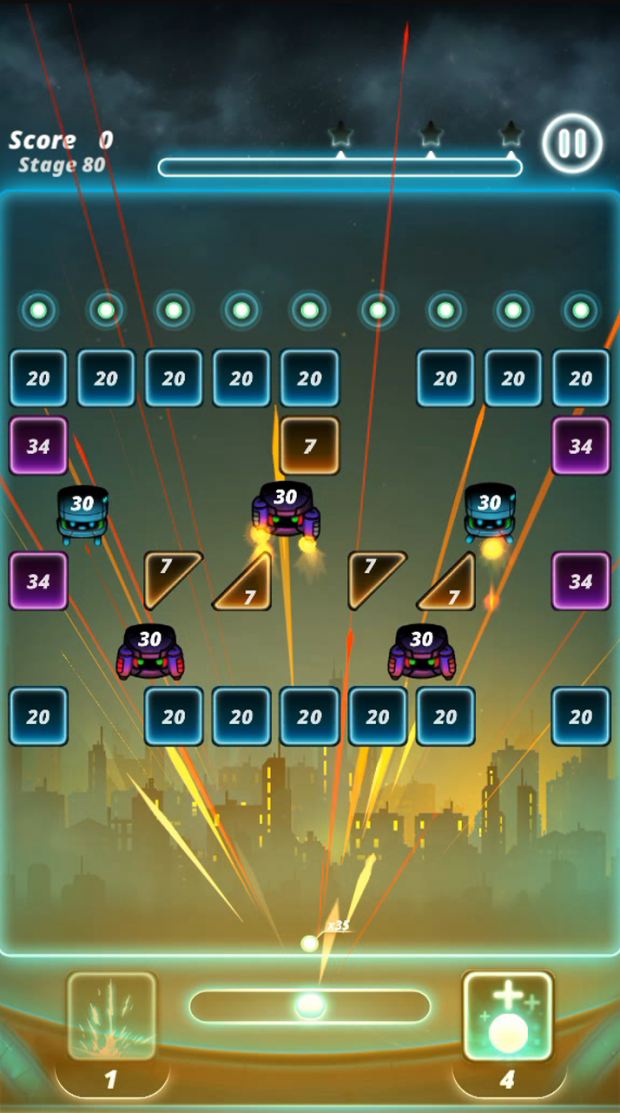 ENP GAMES(CEO Lee Seung Jae) has announced that the mobile arcade game, 'Wall-Breaking Master: Ballvader 2(Ballvader 2 from here on)' has been selected by Google in the featured corner.

Games and applications that have a high degree of completion and originality are selected by Google Play to be introduced to users. 'Ballvader 2' has been recognized by Google and has been selected in many countries in North America, Europe, and Asia for its unique interpretation of wall-breaking games and playability.

'Ballvader 2' is an arcade game with simple controls which makes it easy and fun for everyone. Players select the trajectory of the ball and destroy walls and flying objects to earn points as they slowly move towards the user. The score of the user can be shared and compared with other users within the game.

'Ballvader 2', with a story where the player fights Vader in the middle of the city covered in darkness. The first among wall-breaking games to add moving objects. Play by avoiding attacks and using a variety of items. The infinite mode provides gameplay without a time limit, allowing users to immerse in the special wall-breaking game, 'Ballvader 2'.

The team leader of the casual game business team, Mr. Kim Kyeong Mok said, "The upgraded wall-breaking game, 'Ballvader 2' has been selected in the featured corner." he continued, "We are delighted that this game has been featured, allowing more players to try the game. We promise to give it our best to improve the game by applying the suggestions of our users."