19th March, 2019, Davao City, Philippines - BIOSTAR, a leading manufacturer of motherboards, graphics cards, and storage devices, presents its 2019 product line-up at two Media and Dealer Events in Philippines, Cebu City and Davao City held on the 11th of March, 2019 at the Quest Hotel and Conference Center in Cebu City and the Marco Polo Hotel in Davao City on the 13th of March, 2019. The Philippines event tour highlights include the debut BIOSTAR's SoC lineup, the new gaming-ready BIOSTAR A10N-8800E SoC motherboard and the A68N-5600, the RACING series B250GT5, and M500 1TB M.2 Solid-State Drive. BIOSTAR is launching a series of SoC, CPU on-board, solutions as well as a full range of AMD gaming motherboards as an alternative over Intel-based gaming systems, a response to the existing intel CPU shortage in Philippines. 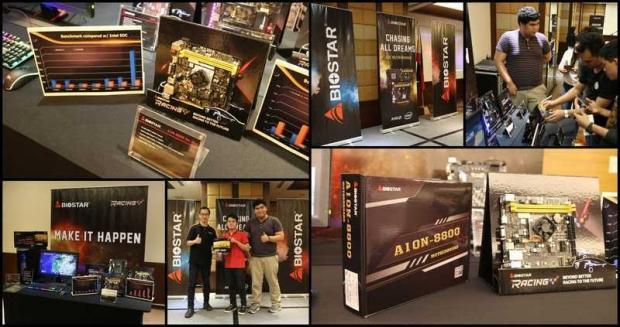 "With Intel's CPU shortage so prevalent in Philippines, we're offering users a variety of SoC based solutions as well as a full line-up of AMD AM4 motherboards to keep up with the increased demand" Commented Kevin Cheng, Global Marketing Manager. "BIOSTAR's SoC Motherboard solutions include the AMD-based A68N-5600 and A10N-8800E then the Intel Braswell-based J3060NH and J3160NH SoC motherboards."

HDMI 4K/2K H.256 decoder that enables high-definition resolution on 2K/4K displays for detailed images and videos for greater entertainment enjoyment from the likes of YouTube and Netflix through the rear I/O HDMI port. 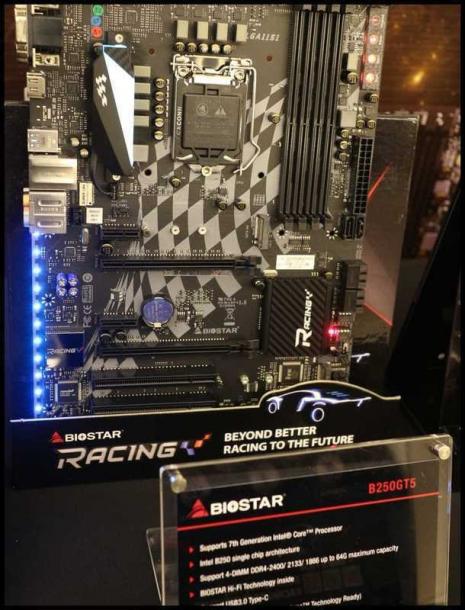 The Dealer Event highlights BIOSTAR's new products and alternative solutions to the current Intel CPU shortage without compromising performance and budget. The BIOSTAR 4-in-1 CPU on-board motherboard is a compact and capable solution for gaming, work, and casual use and is now available in the Philippines.

BIOSTAR, is a brand dedicated to the production of motherboards, graphics cards, industrial computing systems, IoT, crypto mining equipment, and healthcare solution. Since its establishment in 1986, the BIOSTAR GROUP has become a major motherboard supplier in the IT industry as well as in IoT, Internet of Things. In order to pursue the best quality and aesthetic design, BIOSTAR has invested heavily in ID design, equipment, global marketing research as well as R&D. With a constant emphasis on quality, BIOSTAR always seeks to beyond better and race to the future.