Star pilots unite! Global publisher My.com and developer IT Territory are proud to announce the worldwide availability of its new mobile space age vertical shoot 'em up - Space Justice. Set in the 23rd century, players command a small elite space force as they embark to save the galaxy through an addictive combination of base building and challenging classic space bullet hell action. With a nice variety of modes to play and spacecrafts, drones and pilots to collect, players are sure to have a blast as they navigate through space in the name of Space Justice! 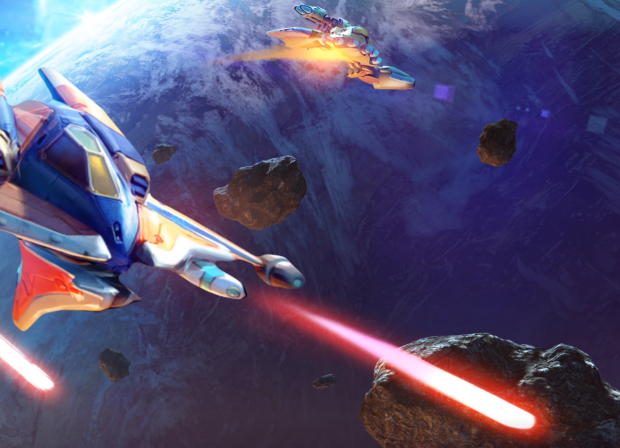 Commanders will explore to the galactic unknown in their gigantic battlecruiser that acts as a base of operations. From their cruiser, players will collect a fleet, research new technologies and select a powerful squadron to face countless waves of merciless alien invaders. However, the base can be attacked by other players and setting up security and defenses to protect valuable resources from PvP raiders is vital to ensure your galactic dominance.

Presented with rich graphics and impressive 3D galactic backgrounds, the game sends fighter pilots on exciting missions, unfolding an epic space campaign. Players fly out with their own squad or join forces with a wingman from anywhere on the globe to complete the most difficult missions. Space Justice is cross-platform and will let iOS and Androids users help each other out on the battlefield!

Check out the game on the App store and Google Play.