And not just DirectX 9 gaming, but modern titles also benefit from performance increases. And with a price drop for the Intel Arc A750 to USD 249 - Intel is positioning the GPU as a more affordable mainstream alternative to NVIDIA's most popular GPU, the GeForce RTX 3060. Those who buy an Arc GPU before July 31 will also be eligible for two free games; Nightingale and The Settlers: New Allies.

With the new price and impressive driver-based performance increases, Intel claims that the Intel Arc A750 delivers 52% more performance per dollar compared to the GeForce RTX 3060 across several DX9, DX11, and DX12 titles. 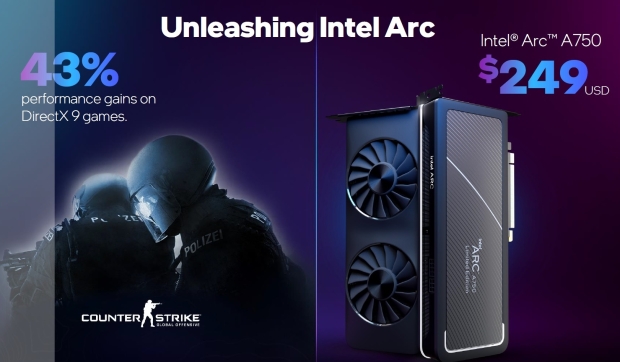 Whether you're playing a demanding game like Metro Exodus or popular competitive jams like Overwatch 2, Fortnite, and League of Legends, Intel is looking to deliver on the promise of Arc with this new driver update.

Intel made its first big step into the discrete graphics card market in October of last year with the arrival of the Intel Arc A750, a launch that had... issues. Although the performance was decent, reviews at the time noted that it was inconsistent, lagged behind NVIDIA and AMD, and the drivers were buggy.

With AMD RDNA 3 "Navi 31" GPUs now out, specifically the Radeon RX 7900 XT and Radeon RX 7900 XTX, it looks like there could be room for a significant update for the tech via the implementation of 3D V-Cache. Stacking cache in this way has led to AMD's Ryzen 7 5800X3D and the new Zen 4-based Ryzen 7000 X3D CPUs being touted as ideal for gaming. With significant performance boosts found specifically in gaming-related tasks. 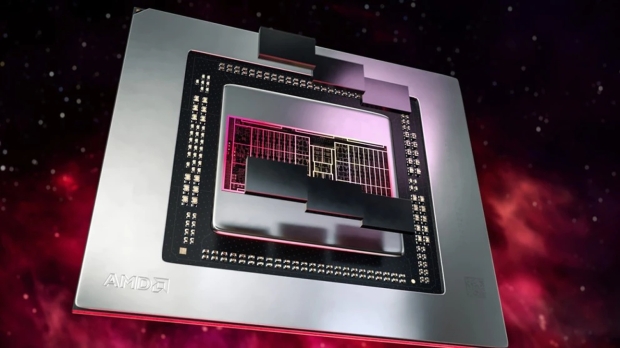 And with that, it's fair to expect that a Radeon RX 7000 GPU with 3D V-Cache could lead to similar results. Engineer Tom Wassick noticed the potential for an RDNA 3 upgrade after dissecting a Radeon RX 7900 XT, where he saw "keep-out zones" in the design that are similar to what's found on the Ryzen X3D CPUs.

The first GeForce RTX 4070 testing results (the non-Ti model) have surfaced via the GPU-Z validation database, covering a Colorful RTX 4070 iGame Ultra White OC. Indicating that partners are testing cards in their labs, the listing also confirms a few things related to the card's clock speeds. 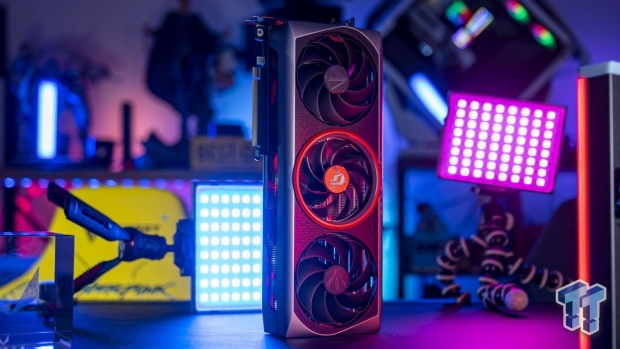 Based on the information datamined by Matthew Smith on Twitter, we learn that the GeForce RTX 4070 has a Base Clock speed of 1920 MHz and a Boost Clock speed of 2475 MHz. No official word on the power rating, but previous reports indicate that the RTX 4070 will be an efficient 200W or so card.

AMD driver updates for its Radeon GPUs have been limited to the new RDNA 3-based Radeon RX 7000 Series for two months, leaving RDNA 2 GPUs behind. Although listed as a December update, the last RDNA 2 driver for the Radeon RX 6000 Series (which includes the 6700 XT, 6800 XT, and 6900 XT) surfaced at the end of November 2022. 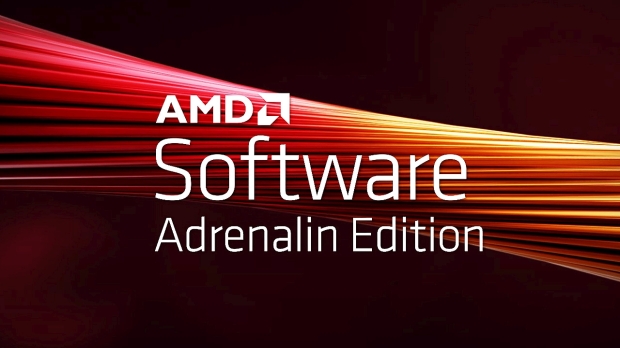 The driver, AMD Radeon Software 22.11.2, marks the last time a Radeon software update supported the RX 6000 Series - with the four subsequent driver releases being exclusive to the Radeon RX 7900 XT and Radeon RX 7900 XTX. As both cards made their debut in December 2022 and launched with some significant issues relating to power draw, it makes sense that that was the focus for AMD. That said, it doesn't make sense that the bulk of the Radeon GPUs out in the wild have been forgotten, especially when driver updates are crucial to improving day-one performance for many PC games.

Continue reading: It's been two months since AMD has released a driver for its Radeon RX 6000 GPUs (full post) 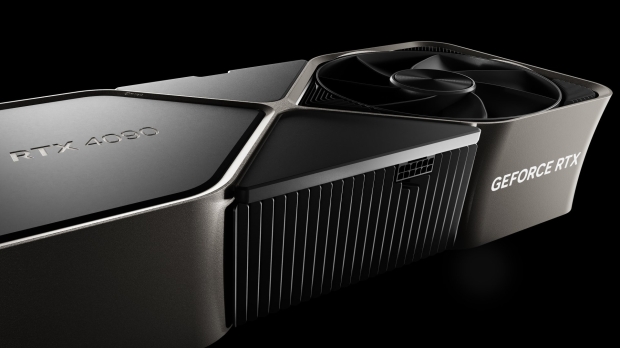 Intel Arc GPUs launched last year as a new player in the discrete GPU market, with products that would compete directly with offerings from NVIDIA and AMD. As with GPUs, drivers play an essential role in overall performance, stability, and compatibility. Ahead of Intel's Arc debut, the company made it clear that DX9 (DirectX9 API) performance had issues. 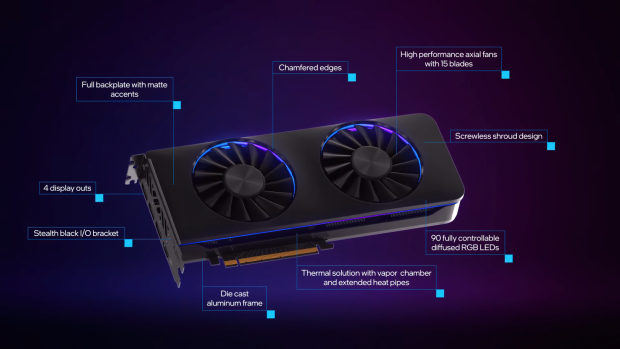 Last December, Intel released a driver update for Arc that presented a massive bump to DX9 performance. For example, popular online shooter CS:GO saw an 80% increase in 1080p performance on the Intel Arc 770.

GPU manufacturers use ECC (Eurasian Economic Commission) listings to register GPU model names for use at a later date, often indicating that a product launch is happening relatively soon. A new ECC filing by Chinese graphics card maker Shangke Group (MaxSun and Soyo) lists A GeForce RTX 4060 and GeForce RTX 4050 alongside the RTX 4070. 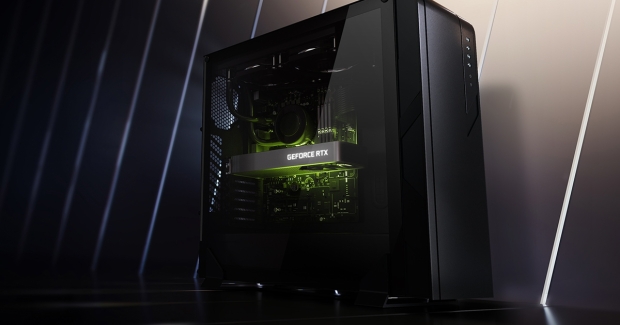 The list doesn't mention any upcoming "Ti" models but indicates the expected release cadence of the GeForce RTX 4060 to follow the launch of the RTX 4070. What's interesting is that both of these cards represent the mainstream offerings for the GeForce RTX 40 Series, so even with a price increase over the previous Ampere generation - we should expect them to launch with prices relatively close to the RTX 3050's USD 249 and the RTX 3060's USD 329.

Pictures of what we assume will be NVIDIA's GeForce RTX 4090 Ti graphics card have surfaced, showcasing a massive four-slot cooling design that features what looks to be a two-slot exhaust. This could be the reason for the vertical orientation of the I/O ports, which is an interesting design change. The images were posted by the aptly named MEGAsizeGPU. 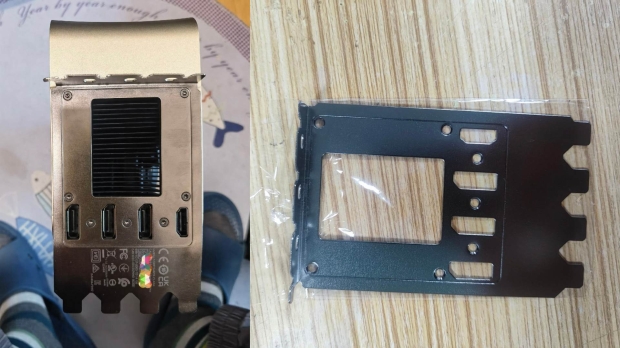 The RTX 4090 Ti, or next-gen Titan based on Ada Lovelace architecture, is expected to become the flagship GPU in the RTX 40 Series line-up. The image lists 699-1G137 SKU as the card, confirming this. The overall design will make it the largest Founders Edition GPU to date - with a more considerable physical presence than the already chunky RTX 4090 and RTX 4080 GPUs. It also features a gold-colored cooler design, putting it in the Titan-class range for NVIDIA.

The GALAX GeForce RTX 4090 HOF (Hall of Fame) might be the most powerful version of the most powerful GPU on the planet. Rocking dual 16-pin '12VHPWR' power connectors, and a huge 666W power limit, it also features a robust 28+4 phase power design. 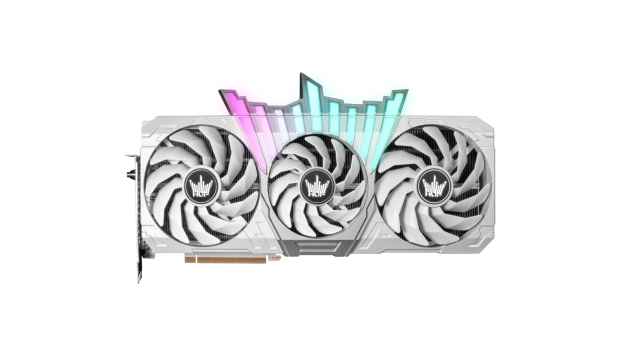 A 4.3-inch full-color LCD panel dubbed the "HOF Panel III" can also display system info and play videos, which is cool but probably unnecessary. All of this is wrapped up in a physical design that is more eyebrow-raising and gaudy than something you'd call sleek or stylish.

A new AMD article titled "Never a Better Time to Upgrade with Radeon Graphics" outlines the reasons to choose either an AMD Radeon RX 7000 or 6000 Series graphics card but ends up making RDNA 3 cards like the Radeon RX 7900 XT look like poor choices. 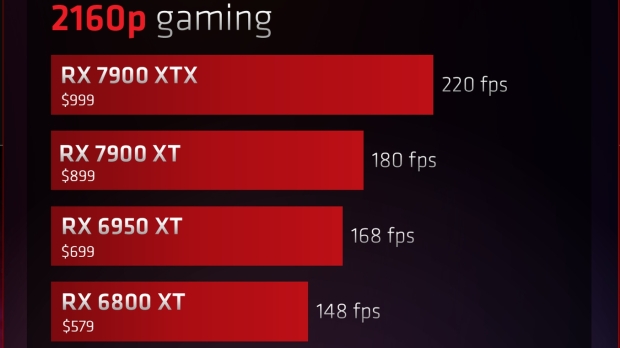 The pricing surrounding the new flagship GPUs from AMD and NVIDIA has been one of the most talked about parts of the next generation of PC gaming tech. Especially when it comes to the models that sit right below the top - the GeForce RTX 4080 and the Radeon RX 7900 XT.