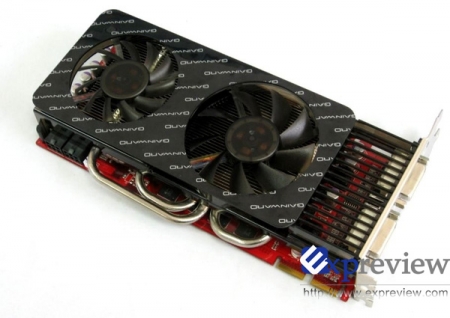 According to this report from Expreview, Gainward's own offering will feature, an interesting, dual-BIOS functionality.

The cooling solution aims to keep the thermals of this RV770 powered part under control, by utilising a dual fan setup. A 4-phase VRM will address power delivery requirements for overclocking and, will also revel in having the smaller of the two fans, tending to its every cooling whim.

Gainward's non-reference HD 4870 solution is expected to be available in September at an, as yet, undisclosed price.
Newsletter Subscription