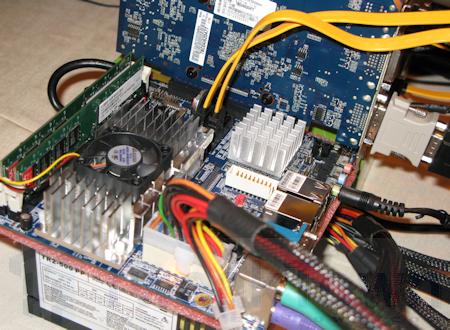 On Thursday during Computex VIA held a press conference with CJ Holthaus of Centaur Technology, who demonstrated the power of this small VIA EPIA SN computing platform. 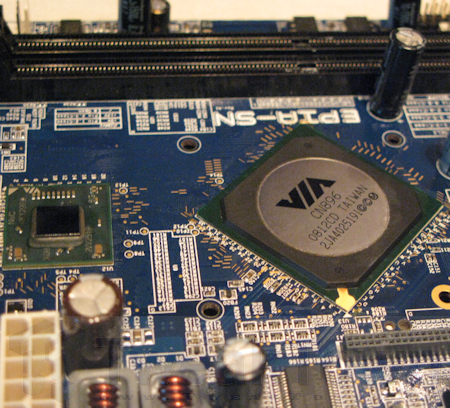 Using a VIA Nano processor clocked at 1.8GHz on a Mini-ITX CN896 based motherboard with an NVIDIA GeForce 8600 GT graphics card in its PCIe x16 slot and Windows Vista Ultimate 64-bit, CJ showed that it is able to run Crysis with a relatively good frame rate. Here is a very blurry shot of the specs shown in Windows. 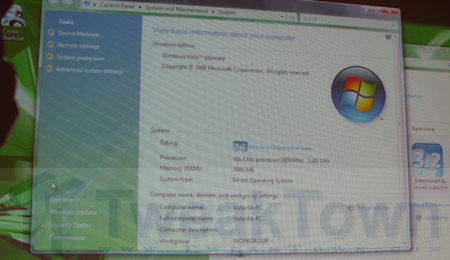 We were present at the event and got some footage which we've just uploaded to YouTube for all to see.

Hopefully VIA will send us one of these chips and boards soon for us to put through our paces - we can't wait to see how it stands up to our benchmark suite!