First up we have the Foxconn Concerto (which I assuming means concert in some other language). It is part of Foxconn's new Digital Life motherboard portfolio which is designed for boards with onboard graphics. 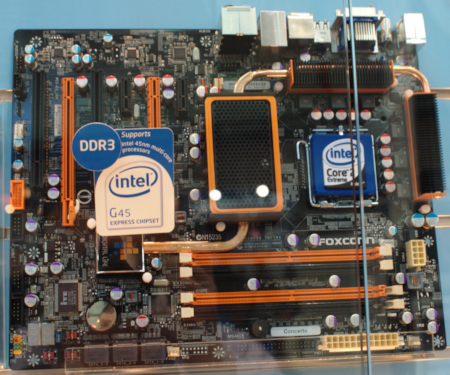 The Concerto will feature an ICH10R Southbridge, support for all Socket 775 45nm processors, it officially supports an FSB of 1333MHz but claims it will be overclockable to 1600MHz FSB, unofficially of course. The big feature with this mobo is the fact that it supports DDR2 and DDR3 memory up to 8GB in total. It gets two PCIe x16 2.0 slots but if both are in use, they will split down and work at x8 electronically. 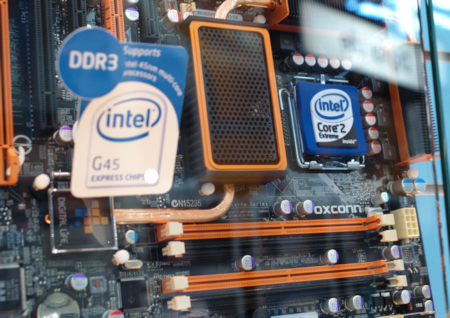 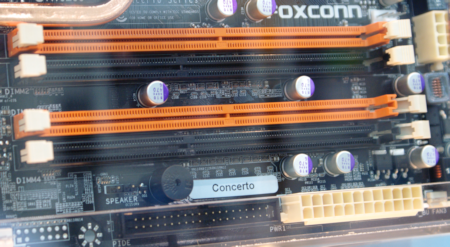 Next up we move onto MSI who were showing a stack of motherboards at its booth but agan our focus is back on its G45 products. 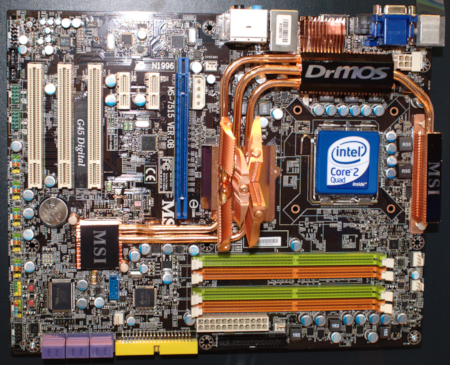 First up we have the MSI G45 Platinum which will be MSI's flagship most high-end G45 product and it looks rather impressive. It basically uses a similar design to MSI's P45 and X48 boards but of course with a different chipset under the impressive Circu-Pipe 2 cooling setup. Differing from the Foxconn board, it just gets a single PCIe X16 2.0 slot that works at x16 and to us this makes more sense since people buying this board will probably not be a gamer but something looking at building a high-end HTPC setup or fairly well equipped office PC. 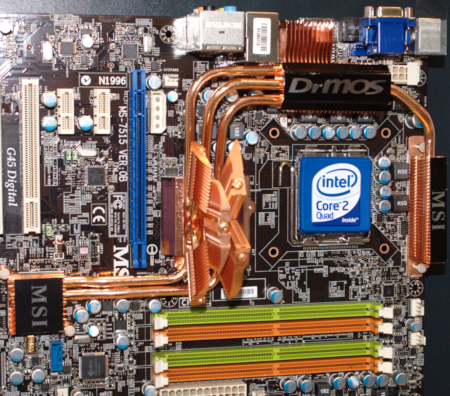 It will see generation 2.0 of Dr.MOS power saving technology and MSI claims it will operate at 10 watts low power usage using its GreenPower technology. For a board with onboard graphics, it really seems like MSI is still pushing good overclocking with it with 2-phase dedicated power supply for memory and chipset systems. 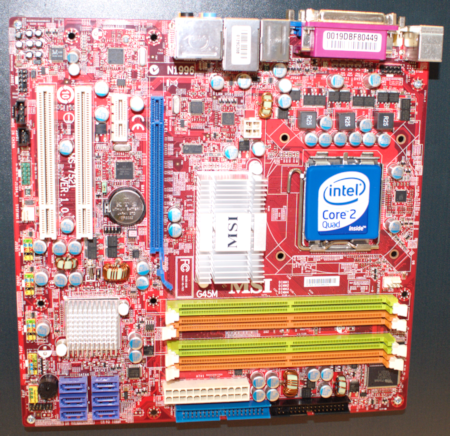 The final G45 based mobo MSI were showing was its G45M which is a Micro-ATX version and cheaper than the previous board - it is pictured above.