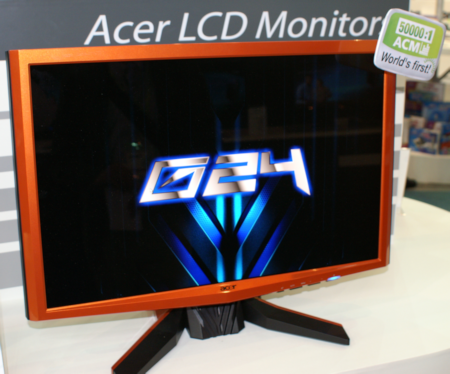 Acer was showing of its Predator PC at its booth but we also got a bit of a hands-on with its G24 gaming LCD monitor.

It claims to be the world's first monitor to offer a 50,000:1 contrast ratio, provides a maximum resolution of 1920 x 1200 and has HDMI and DVI ports with HDCP for those wanting to watch Blu-ray movies on it. Viewing angles were super impressive. 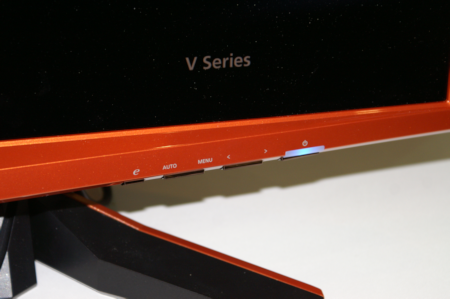 The Transformers-like Predator PC was also on display and once we got a chance to quickly play with in person, it reminded us even more of a real transformer type toy. Open up the DVD drive tray and it goes further to confirm those points. 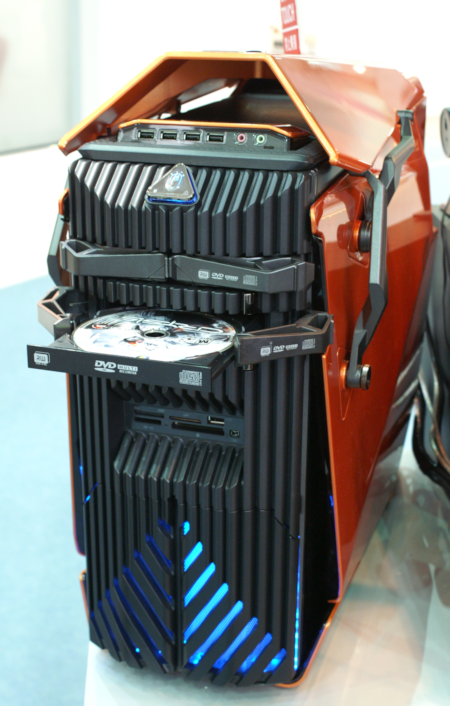 We look forward to getting one of these systems in or review shortly after Computex!