First up we get an exclusive look at OCZ's soon to be released Fortress pen drive - it will go head to head with Corsair's Survivor pen drive for toughness and durability. Some folks have done such extreme things as running Corsair's pen drive over in an army tank. 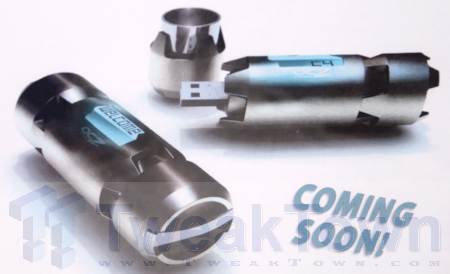 OCZ steps things up a notch by adding in a display screen which will display things such as free storage space and so on. We don't know how that screen will go getting smashed by hammers and whatever else, but we will see later when we actually get a closer look a the product, which was all on the plane coming over from the US when we visited OCZ.

Tomorrow OCZ is also releasing a new line of memory but we were sworn to secrecy - about all we can say is that involves gaming. Check back at this space tomorrow for more details!