PC World managed to get the word from the CEO himself during a launch event for the Eee PC 900 during a launch event in Taiwan recently. Don't expect ASUS to suck up all the attention though as ECS, GIGABYTE, MSI, Acer, GeCube are all working on new low cost computers to try and take away market share from the ever-popular Eee. 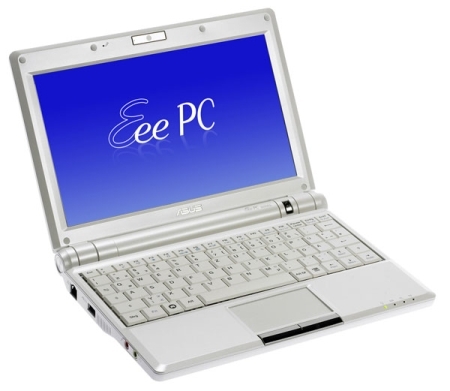 Asustek plans to launch a new version of the Eee PC armed with Intel's Atom microprocessor at the Computex trade show in Taipei this June, Asustek's CEO said Monday.

Atom is the name of the processor formerly called Diamondville. It was designed for low-cost laptop PCs, ultramobile PCs, Mobile Internet Devices (MIDs) and other small devices aimed at connecting to the Internet. The processor is tiny, less than 25 square millimeters, will be priced low, and run at a battery-efficient 0.6 watts to 2.5 watts thermal design power, according to Intel.