The large chip company has just released its DX48BT2 Desktop Board which is based on the new X48 Express chipset. It has support for all Intel 45nmm Socket 775 processors operating up to an official quad-pumped FSB of 1600MHz. It also has official support for DDR3 memory up to 1600MHz DDR with XMP Extreme Memory Profiles. 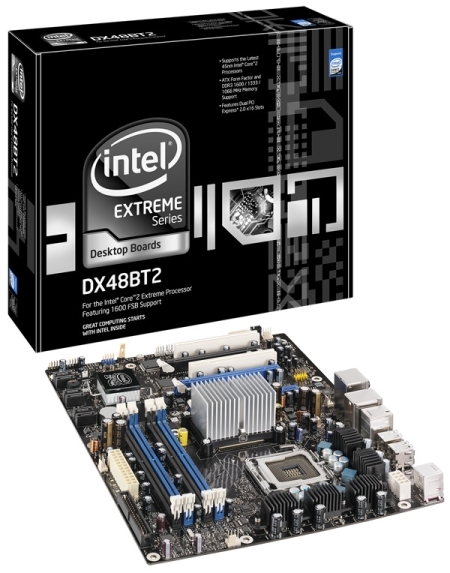 Pulse-pounding gaming and high-powered multimedia experiences require the ultimate in performance from your processor and motherboard. Intel Desktop Board DX48BT2 is designed to unleash the power of Intel Core2 Extreme processors. With support for 1600 MHz front side bus, fast DDR3 memory and overclocking, Intel Desktop Board DX48BT2 delivers the gaming performance you deserve.

Since Intel has released its X48 motherboard, it shouldn't be long before boards from companies like MSI, GIGABYTE and ASUS are on shop shelves. More details are over at the Intel product website.