While Chipzilla prepares for any possibility from pesky journalists (residual olden day garbage apparently) while basking in the "now" glow of Larrabee, Nehalem and Atom as the usual suspects, AMD have been busy little bee's with a plan to get all high-end CPU's made from the 45nm production process done before Q2. They showed some of their wares at CeBit, giving us an indication that all is not lost as yet. 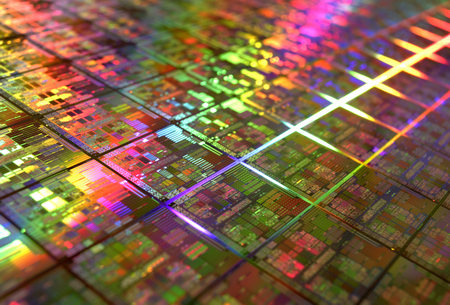 An article from PC Magazine compares AMD and Intel Quad Cores. Apparently AMD's Quad-Core CPU (Deneb & Shanghai) has the advantage of a memory controller onboard the chip, with four independent cores on a single die. In addition AMD states that they use an "ultra-low-K interconnect dielectric" which is supposed to improve the circuit speed and reduce power consumption. AMD is said to be moving towards 32nm technology as is Intel in 2009, however unlike Intel who have high-K/metal gate transistors in their cores already, AMD will only introduce this during the 32nm process.

The various methods are compared and clearly the winner at the end of the day is the end-user, who will bask in unknowing glory as the CPU purrs to perfection in his newly acquired fire-breathing PC.