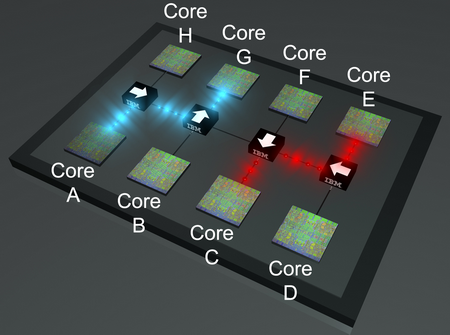 Compared to the edge of a piece of paper, if the thickness (grain) was equally divided 100 times, only then would you be in the same ballpark. This advancement gives IBM scientists yet another way to improve interconnects within chips.

The idea being that light, travels faster than electrons, and generates less heat while doing so. The possibilities are endless, with ideas of CPU cores working with an optical network backbone as thousands of cores are aligned to work and crunch numbers together. The obvious bonus is that light generates little heat while moving super fast, and in addition, it has the full spectrum of colors to encode, thus enabling huge amounts of data to be transferred at one time.

You can read more here at IBM.
Newsletter Subscription