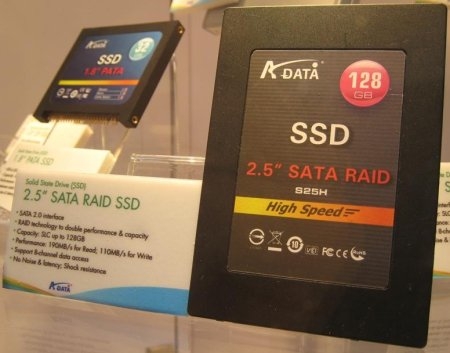 ADATA were showing off a range of upcoming solid state drives at its booth which some rather impressive speed claims. The Taiwanese company plans its S25H 128GB 2.5" SATA 2.0 drive with some sort of internal RAID system which is capable 190MB/s read and 110MB/s write speeds.

I'll take two of these in RAID 0 for my personal system master drive!