Bungie is making one of the best changes in Destiny 2 that will alleviate lots of extra tedium. 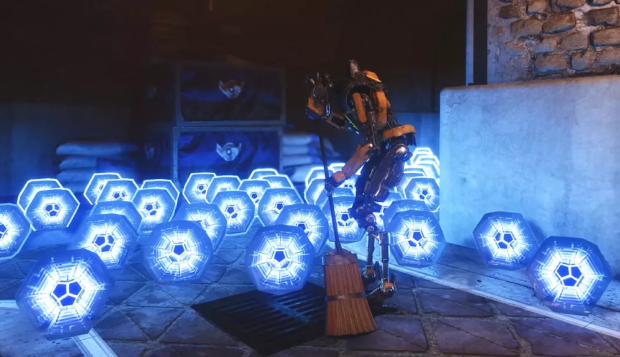 Live RPG games with any sort of skills, crafting, or gear are one half gameplay and one half inventory management. That's the case with Destiny 2, whose myriad of updates constantly shift mechanics around and make things into a complicated game of juggling materials and dismantling unwanted gear. Think of all the time we've spent scrapping items...

Now Bungie is removing a big portion of Destiny 2's most unenjoyable moments. Blue engrams are being removed from the game. Yes, it's finally happening and Guardians all over the globe are happy for the adjustments. No more full mailboxes of useless blues, no more dismantling. It's a win-win.

There's some caveats, though. Blues will only disappear when you exceed Destiny 2's current soft cap of 1530 Power.

"Starting with next week's patch, after you reach the soft gear cap, blue engrams will stop dropping in the world (whenever that would have happened), and the equivalent amount of additional Glimmer baubles will spray out instead.

Bungie is currently preparing to release Destiny 2's big new Lightfall expansion on February 28, and is laying out the foundations for Lightfall through a series of updates and patches.

Check out the latest This Week At Bungie update for more info on all the changes happening in Destiny 2.