The Orion spacecraft is a spacecraft developed by NASA for deep space exploration. It is designed to be capable of carrying humans to destinations such as the Moon and Mars.

One of the key features of the Orion spacecraft is its advanced imaging and video capabilities. The spacecraft is equipped with 24 high-resolution cameras and other sensors that are capable of capturing detailed images and video footage of the Moon as well as other nearby celestial bodies. In addition to its imaging capabilities, the Orion spacecraft is also equipped with a powerful propulsion system that allows it to maneuver and position itself for optimal imaging and video capture.

One of the major objectives of the Orion spacecraft's missions to the Moon has been to gather detailed imagery and video of the lunar surface. This footage has been used for a number of purposes, including scientific research and analysis, as well as public outreach and education. The images and video captured by the Orion spacecraft will provide valuable insights into the geology and composition of the Moon, as well as its history and evolution. 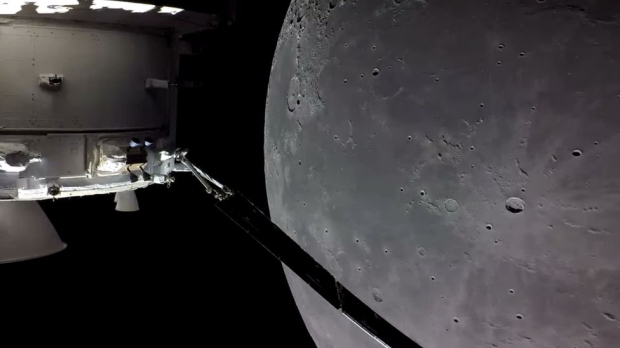 In addition to its scientific value, the footage captured by the Orion spacecraft has also been used for public outreach and education. NASA has released a number of videos and other materials featuring the footage captured by the Orion spacecraft, providing the public with a unique and up-close look at the Moon and its features. This has been an important way of engaging the public with the work of NASA and fostering interest in space exploration.

Overall, the Orion spacecraft's ability to film the Moon has been a valuable tool for NASA and has provided numerous benefits. The high-resolution imagery and video captured by the spacecraft has given us a greater understanding of the Moon and its characteristics. Most notably, the footage released by Jason Major showcases the sheer size of the Moon, with Major writing that the video is playing back at 10x the normal speed, further emphasizing the size of our celestial neighbor. 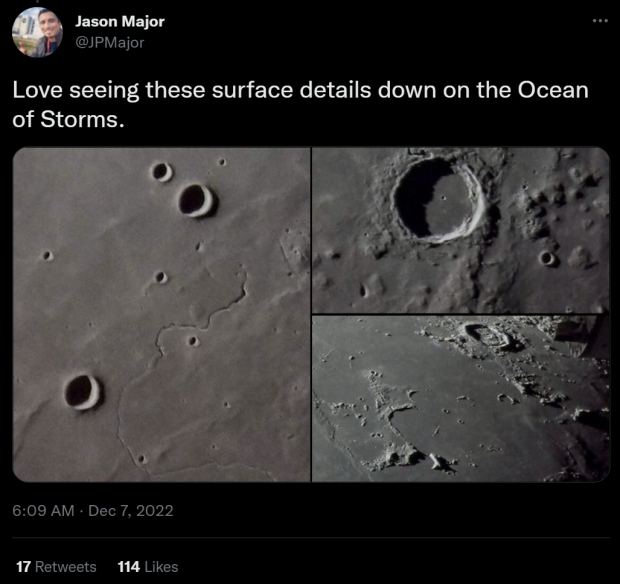 As Major writes in the Twitter thread, the video sequence shown above reveals some awesome surface details, with Major pointing to a collection of images showcasing the Ocean of Storms, a located on the western edge of the near side of the Moon.