On November 11, BlockFi paused withdrawals, which coincided with the same day FTX filed for bankruptcy and the fallout of what was the world's second-largest cryptocurrency exchange began. 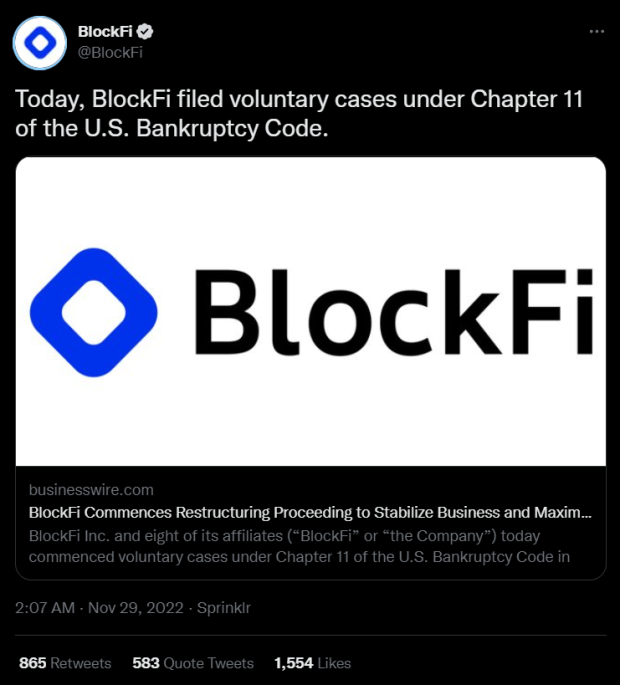 On November 14, the cryptocurrency lender reported having "significant exposure" to the now-bankrupt FTX, and all its entities, with sources at the company speaking to the press and informing them that the company was currently preparing to file for bankruptcy. Fast forward to November 28, wherein an official statement, the New Jersey-based company announced it will be focusing on recovering all obligations owed to BlockFi, but "recoveries from FTX will be delayed" due to its bankruptcy.

Rewind back to June of this year, BlockFi announced that it signed a deal with FTX that enabled them a $250 million line of credit that gave the cryptocurrency lender access to capital that "further bolsters our balance sheet and platform strength," according to BlockFi CEO Zac Prince. BlockFi wrote on November 11, the same day that FTX filed for bankruptcy, that "we, like the rest of the world, found out about this situation through Twitter." Adding, the company was, "shocked and dismayed by the news regarding FTX and Alameda." 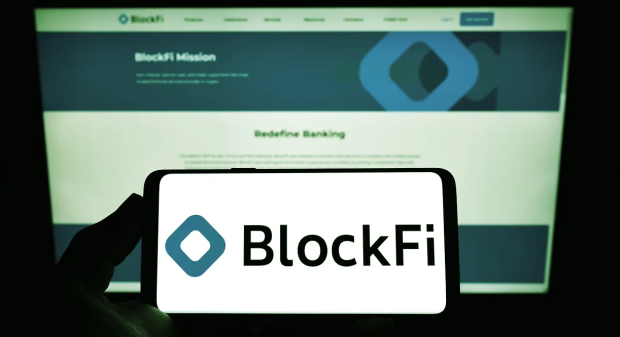 The press release states that BlockFi is filing with the court a series of motions to allow the company to continue to operate its business, and the first of these motions will be a request that employee wages and benefits will continue without disruption. Additionally, it expects to develop a Key Employee Retention Plan that will keep trained employees in critical business positions, coinciding with a restructuring process that will feature a reduction of staff and overall expenses.

Notably, BlockFi has $256.9 million in cash on hand, which the press release states will be used to support certain operations during the "restructuring process".

BlockFi isn't the only company to feel the FTX contagion as fellow crypto lending platform SALT paused withdrawals and deposits while announcing that the collapse of FTX has "impacted our bussiness".

In other cryptocurrency news, a $600,000 statue of Elon Musk's head attached to the body of a goat that's straddling a rocket has failed to attract the billionaire's attention. The publicity stunt was conducted by Elon GOAT Token in a move to artificially raise the value of the cryptocurrency token through Elon Musk's acknowledgment of the statue, which was parked out the front of Tesla HQ.