United Airlines knows full-size passenger planes will take a while for long-term adoption but is jumping further into electric focused towards regional travel. Smaller EV planes purchased by United could be in use as early as 2028, with lower price tags than competing aircraft with regular jet engines. 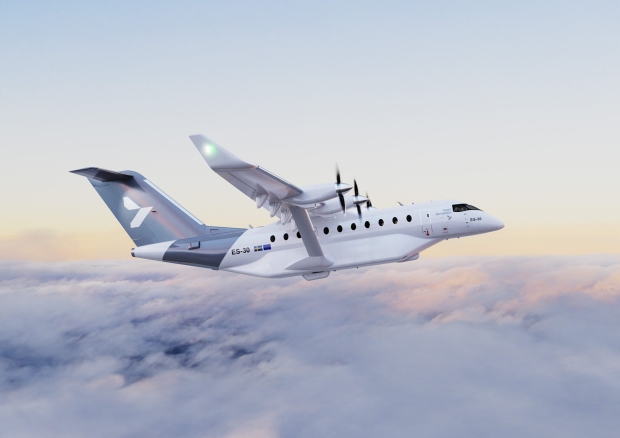 United Airlines has teamed up with Heart Aerospace to purchase electric 30-seat electric vertical takeoff and landing (eVTOL) airplanes. The smaller aircraft will hopefully entice regional travelers to take a quick flight instead of travel by car - especially hoping business passengers will support the effort.

Heart Aerospace unveiled the ES-30 aircraft in mid-September, with the plane already receiving interest from several other airlines.

The aircraft has a fully electric range of 124 miles, and an extended range from a reserve-hybrid engine using aviation fuel provides an additional 245-250 miles. Four motors are utilized for propulsion and can fly at a maximum of 20,000 ft altitude - and for multi-use per day, a 30-minute fast charge offers efficient turnaround time.

Airlines might purchase new aircraft from manufacturers, but tend to be overly cautious about quickly adopting new technologies. Besides safety and performance questions, it can be extremely difficult to meet required government legislation.

As Mike Leskinen, VP of corporate development at United and president of the United Ventures investing arm, told CNBC: "There's absolutely a lot of hurdles to clear but aerospace development cycles are measured in decades and you have to get started now. We cannot continue doing and operating our business the way we do. It is imperative that we change it and the way we're going to change it is through investing in technology."

In 2021, United announced it would buy 100 electric planes able to hold 19 passengers - but the ES-30 replaces the older design.

Earlier in the fall, Eviation conducted a successful maiden voyage of its Alice electric aircraft. There is still a lot of research and development toward electrifying the entire aviation industry, but work is being done. Besides electric, airlines already are working to implement sustainable fuels to help reduce carbon emissions.