It's no mystery that some deaf people struggle to hold fluent conversations with people who don't know how to sign, especially if that deaf person or individual that's hard of hearing isn't able to read lips or sign themselves.

Luckily, technology is being developed that may very well change the game for the hearing impaired as new software joined with smart glasses converts conversations into subtitles in real-time, allowing the user to read and participate in the discussion on-the-fly. XRAI Glass has created software that, when hooked up to an Android device and Nreal's AR glasses, allows the user to see the conversation in subtitles as it appears in their field of view (when wearing the glasses).

So, how does this work? The XRAI Glass software simply picks up the conversations happening around the user by using the microphone on the smartphone. Notably, the company hasn't specifically stated how well the software works when in extremely noisy environments, such as a party with lots of music or multiple individuals talking, but it has released a promotional video that shows the software being used in various settings.

As you can probably imagine, the company has plans to improve the software to the point where it will be able to distinguish between different speakers, enabling the user to have a much more immersive experience. XRAI Glass hasn't announced when it plans to launch its product, but it is taking pre-registers.

Scientists around the world have been working on reversing hearing loss for quite some time now. While progress has been made in this field, inventions such as the glasses that convert conversations into subtitles in real-time allow the hearing impaired to jump back into the conversation sooner rather than later, improving their quality of life while more research is being done into permanent solutions. 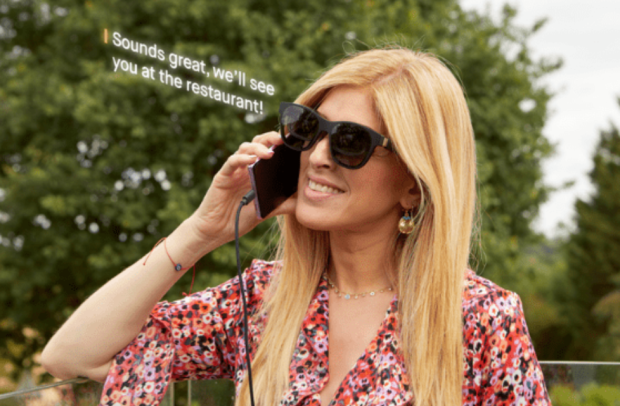 In other science news, an extremely detailed picture of an ant has gone viral after its face caused nightmares to happen around the planet. Additionally, scientists recently made a discovery that may assist in helping humans find alien life much faster. More on both of those stories can be found below.