There are also details on the Striker II NSE which appears to be a slightly cut-down version based on the nForce 790i SLI chipset. The only difference between the two seems to be that the NSE only supports memory speeds up to 1600MHz. 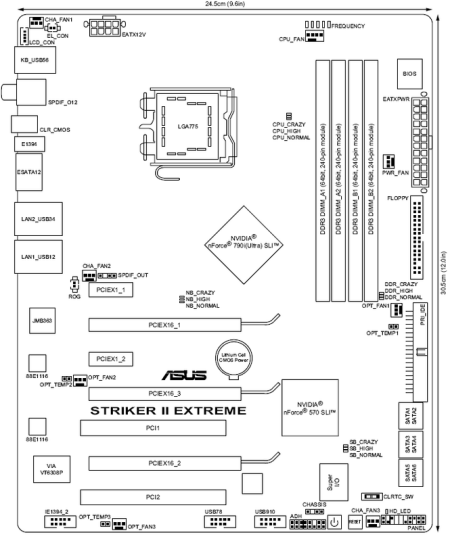 A new feature found on these boards are voltage LEDs - they are scattered around the board and report CPU, DDR, northbridge and southbridge voltages. There are three colors - green (normal), yellow (high) and red (crazy), each with varying voltage levels.

It's debatable how useful this feature would actually be as it's not like it is telling you exactly what voltage is being used but we won't be the judge of that until we review the boards ourselves.

There are more details over at the XS forums.