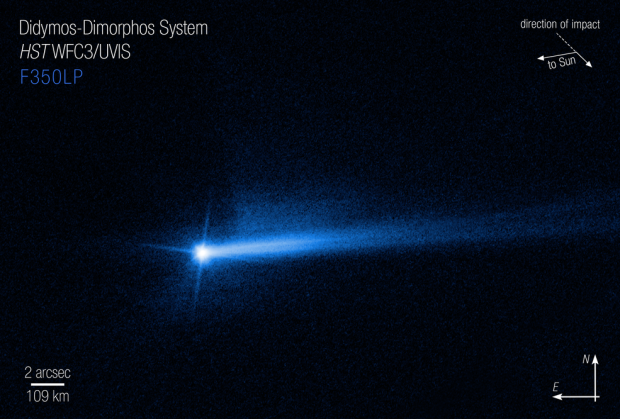 The new set of images has been released on NASA's social channels as well as its blog, where the space agency explains that Hubble has conducted repeated observations of the target asteroid Dimorphos over the last couple of weeks, and with these observations, researchers have been able to present a much more accurate picture of the debris caused by DART's impact. According to NASA, Hubble's observations showcase the debris declining in brightness and expanding out deeper into space, which was expected.

After the initial impact, Hubble has made eighteen observations of DART's aftermath, and from those observations, researchers identified something unexpected - a twin tail that formed between October 2 and October 8. NASA explains that the twin tail is made of ejected material following DART's impact and that similar behavior is iconic for active comets and asteroids, which Dimorphos is neither of. The space agency writes that the relationship between the comet-like tail and other features post-DART impact is still unknown and that teams are currently working on this to understand how the second tail formed.

For those that don't know, NASA's DART mission was deemed an overall success as the space agency's goal of altering the orbit of Dimorphos by 73 seconds or more was easily achieved as the results from the mission indicated that Dimorphos' orbit around its larger companion asteroid Didymos was reduced by 32 minutes, meaning DART surpassed the minimum mission success requirement by a staggering 25 times. 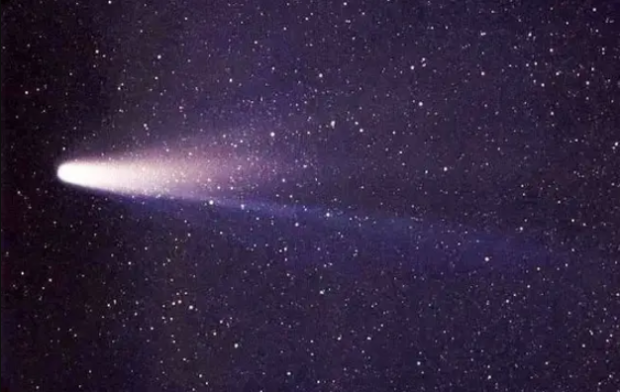 If you are still struggling to understand the implications of NASA's DART mission and what it involved, famous astrophysicist Neil deGrasse Tyson recently explained the mission during an interview while also providing insights into what DART's success means for the future of asteroid deflection.

In other space news, an astronaut has snapped a phenomenal image of two bright blue blobs in Earth's atmosphere, while officials have commented on the purported multiple UFO sightings that have been reported over Ukraine, with many of the officials debunking Ukrainian scientific papers.