Omniverse was a suitable asset for Zhao as he worked on designing algorithms that could be used for AI experiments despite the fact he didn't have direct access to a robot or experimental room for testing. However, he was able to simulate it using his IndoorKit extension - in an environment that offered a range of variability and randomness.

The shared Omniverse is an open virtual space that allows for tools, assets, and projects that can be worked on collaboratively in a virtual world. Zhao's extension makes it possible for users to create a robot task, control the robot, and bring variety to an indoor scene in a streamlined manner.

Zhao noted: "Typically, it's hard to deploy a robotics task in simulation without a lot of skills in scene building, layout sampling and robot control. By bringing assets into Omniverse's powerful user interface using the Universal Scene Description framework, my extension achieves instant scene setup and accurate control of the robot."

Although the contest is over, interested parties are still welcome to download Omniverse, build an extension, publish the code, create a video, and share it with the community.

NVIDIA has high hopes for its Omniverse platform - using the Omniverse Cloud, researchers and teams can collaboratively design 3D workflows without required local computing power. This allows for greater scalability and accessibility while training, simulating, testing, and deploying their AI-enabled intelligent projects. 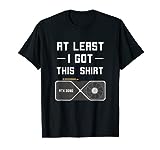