Activision-Blizzard has officially shut down the servers for the original Overwatch, with a 24-hour blackout between that and the launch of Overwatch 2. But when does Overwatch 2 launch in your country, specifically? Not long from now, folks.

It all kicks off at 12pm PDT on October 4 in LA, which is 3pm EDT in New York, 8pm BST in London, 9pm CEST in Paris, 4pm BRT in Santos, 4am KSR in Seoul, and finally -- 6am AEDT in Sydney, Australia. It's funny, Australia is meant to be in the future and not even a real country, yet they (we, I'm an Australian Overwatch gamer) have to wait until tomorrow. 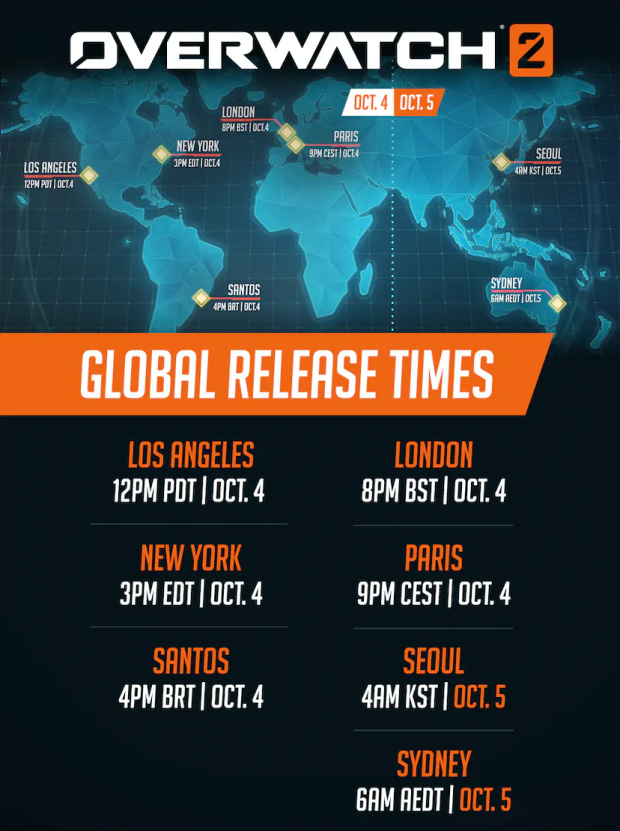 PC gamers who purchased the Overwatch 2 Watchpoint pack or are an Overwatch prime player, pre-loading Overwatch 2 should've already started by now. Console gamers will have to wait, with pre-loading of Overwatch 2 kicking off on consoles at 9am PDT on October 4. 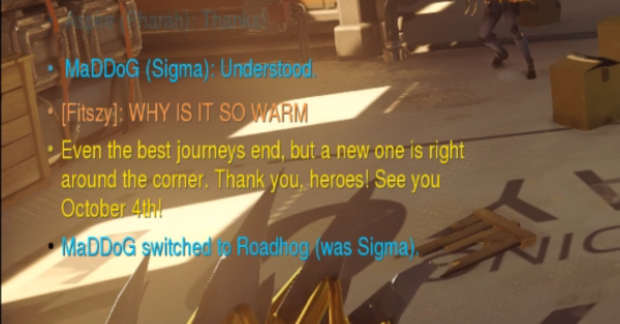 The last thing Overwatch players saw, before Blizzard pulled the plugs out of the server

Blizzard had a kinda beautiful message to all of the players that were left on the Overwatch servers before they shut down, my brother -- MaDDoG -- received it: "Even the best journey's end, but a new one is right around the corner. Thank you, heroes! See you October 4th".

In other Overwatch 2-related news, NVIDIA's next-gen GeForce RTX 4090 was recently teased playing Overwatch 2 at 1440p and over 360FPS... the game was running at 500FPS+ in some parts with the RTX 4090 so good NVIDIA asked Blizzard to up Overwatch 2's frame cap from 400FPS to 600FPS.

In the end, Overwatch 2 launches, and in the process it kills Overwatch... even though the developer said it wouldn't be killing Overwatch off when the sequel was announced -- at least when Jeff Kaplan was still there. Overwatch 2 was announced back in 2019 at BlizzCon, where at the time the developer said gamers would get all of the new heroes they were adding into the sequel and that you'd be able to play alongside Overwatch 2 gamers with full PvP cross-play. Not only that, but all progress, cosmetics, and rankings from OW1 would carry over to OW2.