Intel has finally detailed its new Arc A770 and Arc A750 graphics cards with everything we need to know: full specs, pricing, launch dates, the works. 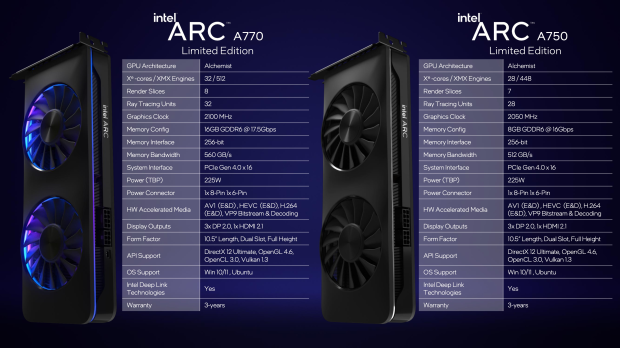 The company will be launching its Arc A770 Limited Edition and Arc A750 Limited Edition graphics cards through retail partners at launch -- on October 12, the same day the RTX 4090 launches -- what a day! 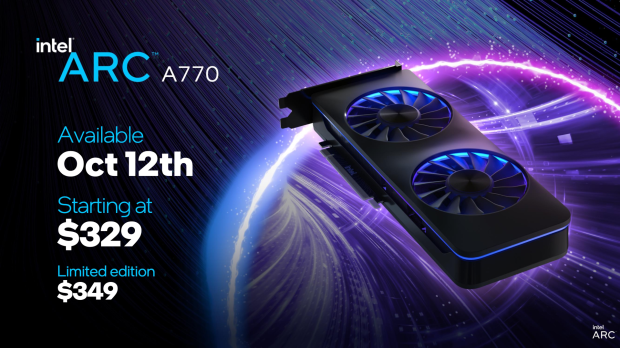 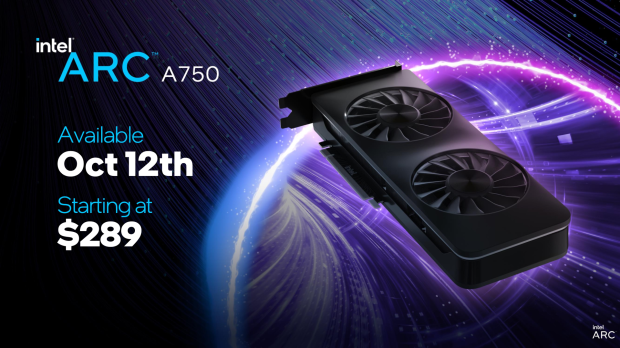 The new Intel Arc A750 Limited Edition graphics card has a cut-down ACM-G10 GPU with 28 Xe-Cores and a GPU clock of up to 2050MHz (and again, custom Arc A750 cards will have higher GPU clocks). We have 8GB of GDDR6 memory on a 256-bit memory bus with up to 512GB/sec of memory bandwidth.

Both the Arc A770 + A750 Limited Edition graphics cards have DisplayPort 2.0, with DP2.0 offerin up to 8K 120Hz and 4K 240Hz over a single cable. NVIDIA's next-gen Ada Lovelace GPU and GeForce RTX 40 series graphics cards don't have DP2.0 connectivity, something I think is a big mistake. 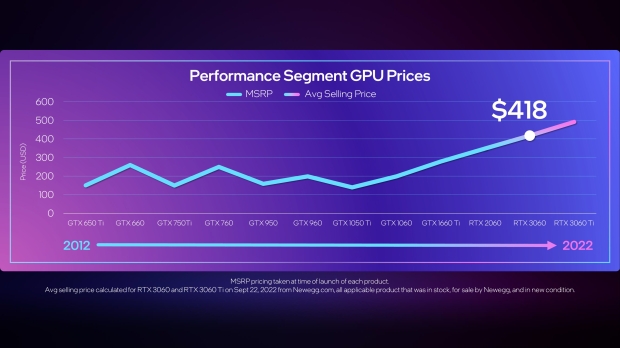 Intel is pricing its Arc A-series GPUs very competitively, noting that NVIDIA's mid-range GeForce xTX x060-series GPUs have gone from the $150-or-so pricing back in 2012 steadily up top $418 average price today for the RTX 3060 Ti + RTX 3060 class GPUs (at their launch, as Intel notes). 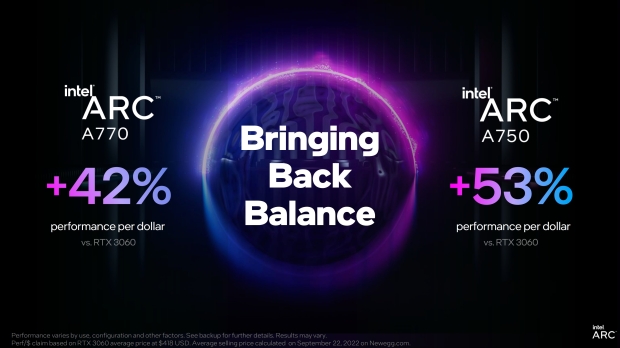