Intel has finally launched its new Arc A770 graphics card during its Innovation event, with the Intel Arc A770 Limited Edition launching on October 12 starting at $329.

I don't know why, but Intel took the time to talk about ray tracing domination with its Intel Arc A770 graphics card, where the company claims it has 65% better peak performance versus the competition in ray tracing. Intel, your cards aren't competing with the high-end, and no one buying a $329 is running out to the shops to buy a lower-end GPU for playing games with ray tracing enabled, but hey... investors will love it.

Intel may have launched the Arc A770 but even though they have missed the promised Arc GPU launch window so badly, you'd think they'd detail ABSOLUTELY FREAKING EVERYTHING at this point. But nope... the Intel Arc A750 wasn't detailed during the Intel Innovation event.

Ryan Shrout did mention that we'll have more details about the Intel Arc A750 "later this week". 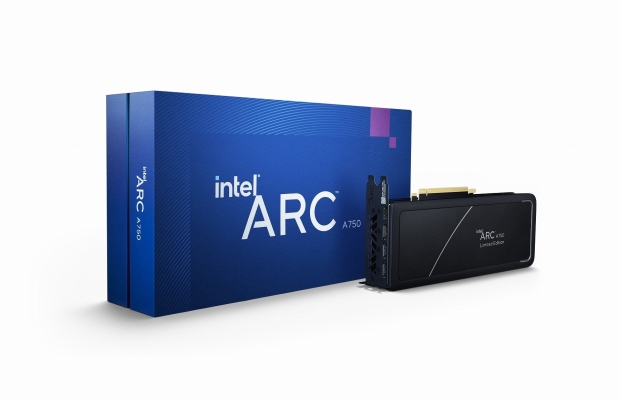 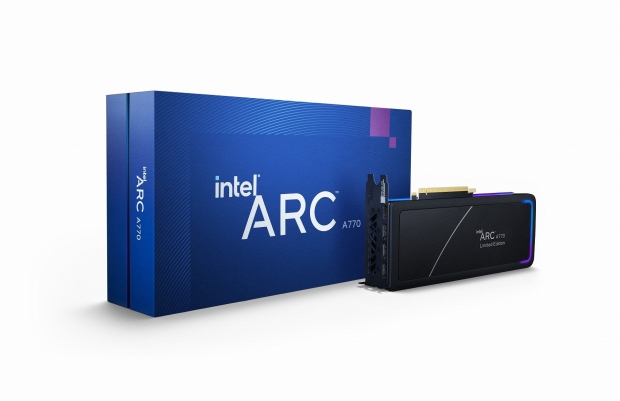 Intel did take the time to release some new photos of the retail packaging of its Arc A770 Limited Edition and Arc A750 Limited Editio graphics cards, but we've already seen the packaging of the Arc A-series GPUs from Intel through leaks and unveilings through YouTubers and influencers in the last few months.

Intel's new Arc A770 Limited Edition will be launching on October 12, starting from $329.