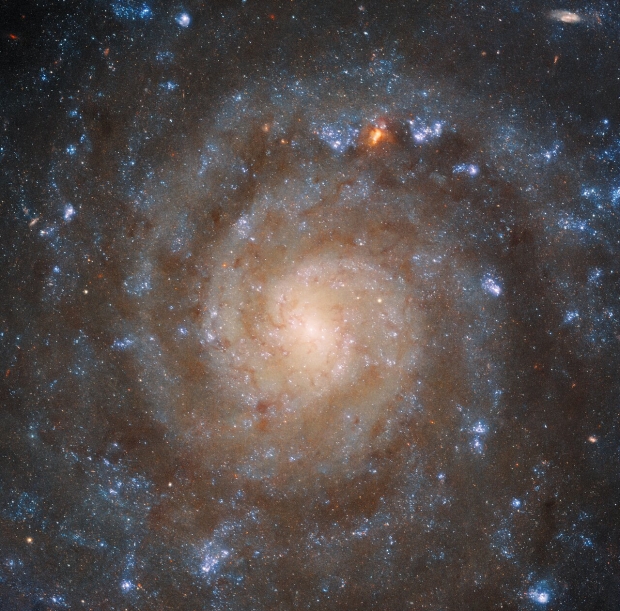 Taken by the Hubble Space Telescope.

The European Space Agency (ESA) has posted to its website detailing the group project that has honed in on the spiral galaxy known as IC 5332, which resides approximately 29 million light years away from Earth within the constellation Sculptor. As explained by the ESA, the above image was captured with Webb's Mid-Infrared Instrument (MIRI), showcasing the spiral galaxies' symmetry due to it appearing face-on to Earth.

It should be noted that the MIRI instrument operates only 7 degrees Celsius above absolute zero, the lowest possible temperature, and that MIRI does require this to capture the mid-infrared region of the electromagnetic spectrum. An example of this requirement is Hubble's inability to observe the mid-infrared spectrum as its mirrors aren't cool enough. If researchers attempted to view that spectrum, their observations would be dominated by radiation from the mirrors themselves, hence MIRI's extremely low operating temperature. 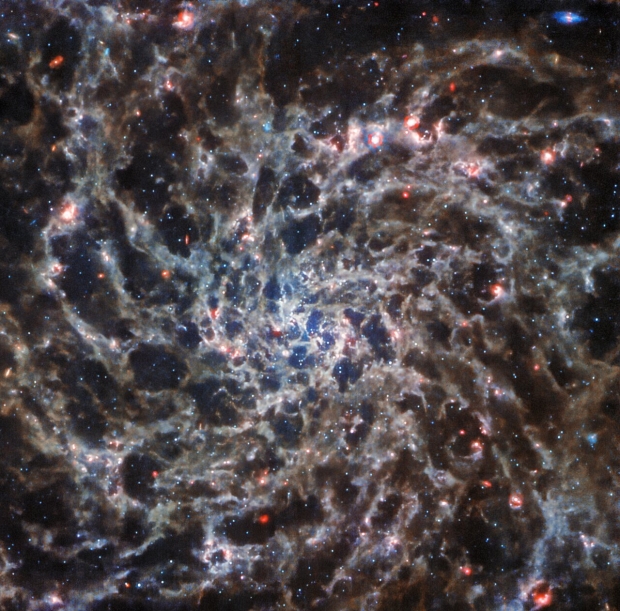 Above is the Hubble Space Telescope's photograph of the same spiral galaxy, except it's been captured with Hubble's Wide Field Camera 3, producing an incredible ultraviolet and visible light image. As explained by the ESA, Hubble's image showcases the dark regions of the spiral galaxy while Webb's reveals the long structures of the galaxy's spiral arms.

The space agency explains that this difference is due to dust and how ultraviolet and visible light scatter and cannot pass through the galaxy's dusty regions. The darker regions in the Hubble image represent regions of space filled with dust, and in the Webb image taken in infrared light that can pass through dust, those same regions appear empty. 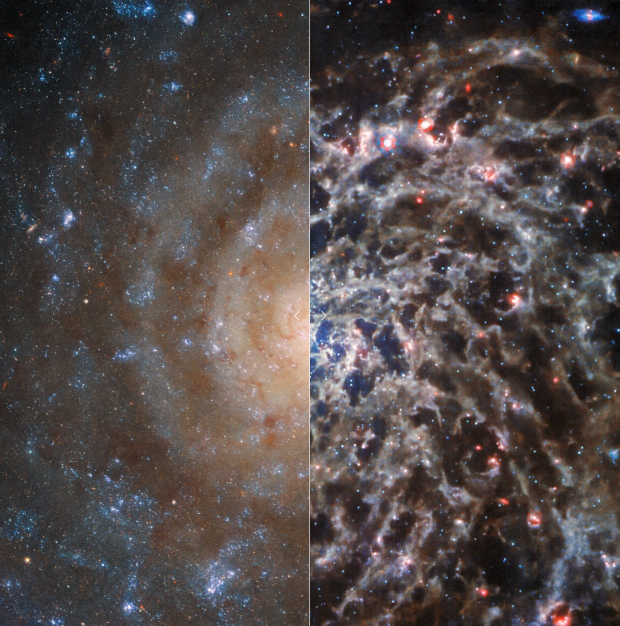 The difference between the images showcases different structural aspects of IC 5332, allowing researchers to learn more about the formation and evolution of spiral galaxies. Notably, IC 5332 is extremely large, with a diameter that measures 66,000 light years, which makes it about one-third smaller than our Milky Way galaxy.

For more interesting space news, check out how NASA had to quickly put its Artemis 1 rocket into a shelter for the coming major storm about to make landfall in Florida.