Our suspicions have been confirmed: Sony's new CFI-1202 line of PlayStation 5 console revisions use a new 6nm SoC. 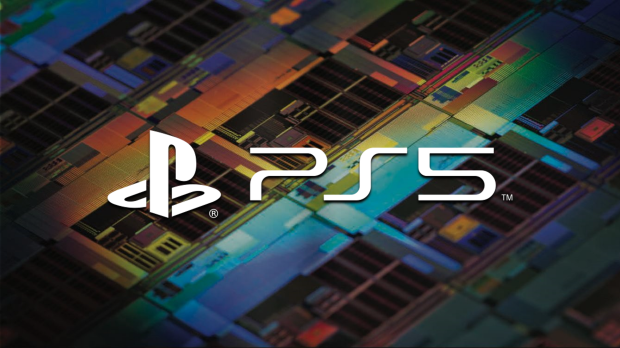 Sony's new PlayStation 5 SoC has been upgraded to a new 6nm APU codenamed Oberon Plus. According to Angstronomics, the PS5's SoC has been shrunk from 300mm2 to 260mm2, representing a 15% decrease. This isn't a surprise: We've been hearing about the PS5 moving to 6nm since 2021.

The new 6nm APU is built on TSMC's N6 node, which offers production advantages including better yields and faster time-to-market. In short, Sony can make more PS5 chips faster than before and reduce any defects. The move to N6 also theoretically reduces costs because TSMC can produce more chips at a similar price factor. The move to N6 will help Sony meet its ambitious 18 million PlayStation 5 shipment and move more consoles throughout global markets. 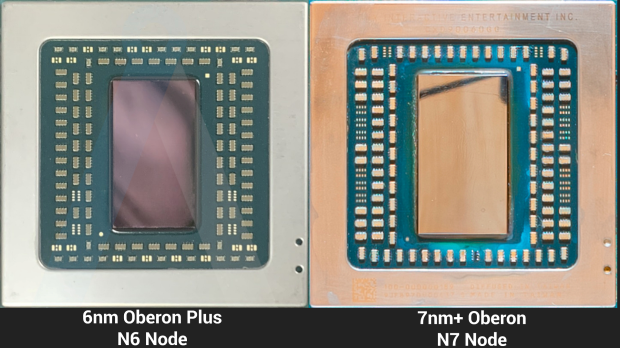 Although Oberon Plus has production bonuses and boosts power efficiency in the new PS5--which is why the new CFI-1202 models are able to have smaller heatsinks--the overall SoC performance will remain the same. The new 6nm PlayStation 5 models will not be more graphically powerful than the existing models.

The update is behind the scenes and Sony doesn't want consumers to even notice any differences between the two models. 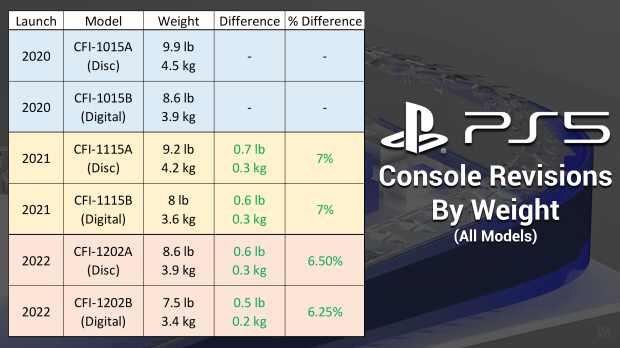 TSMC's N6 node is design compatible with the PS5's 7nm+ SoC, and is part of the same family. This means the two processes are interchangeable with one another. For a more in-depth breakdown on N6, click here.

Moving to 6nm is a very calculated move on Sony's part. The company is maximizing all opportunities to make better profits from each PlayStation 5 sold. Sony recently raised the price of the PS5 in nearly all worldwide markets outside of the United States.

Oberon Plus allows Sony a number of benefits including: