It looks like the Chinese GPU market is about to get an interesting domestic, and international hopefully, series of graphics cards from Shanghai-based Muxi. Muxi is expected to launch China's first GPU dedicated for gaming by 2025.

Muxi, or Muxi Integrated Circuit Shanghai Co Ltd, is a chipmaker based out of Shanghai in China, was formed in 2020 and has been making high-performance AI and general-purpose chips for the domestic market in China. We've already seen Chinese companies offering locally-made CPUs that are now getting pretty comparable to Intel and AMD in the CPU business, but the GPU business still has some work to do. 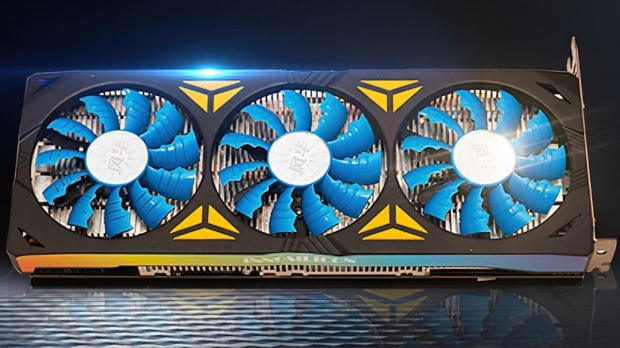 We've got Birentech with its BR100 GPU that's made on 7nm with an impressive 77 billion transistors -- for comparison, NVIDIA's new Hopper H100 has 80 billion transistors on 5nm -- that's got performance that competes against some of the best GPUs from NVIDIA and AMD. But when it comes to gaming, well, there's a lot of work to be done... the best China can do for gamers is offer the GPU performance of the GeForce GTX 1050 Ti and GTX 1050. Not good enough.

Muxi currently has a GPU on the 7nm process node that is used for AI inferencing, with markets aimed including AI, autonomous driving, industrial and manufacturing automation, smart cities, edge computing, and natural language processing.

Innosilicon is another Chinese GPU maker with its Fantasy One and Fantasy Two GPUs, with Chinese gamers able to enjoy these now... but the new Muxi gaming GPU will feature far improved software optimization, support, drivers, and more when they launch in 2025.

It will be interesting to see Muxi launch into a market against AMD and NVIDIA and do it successfully -- drivers, software, game compatibility, etc -- when Intel is struggling so much right now with Arc.