NASA has released the first set of images taken by the DART spacecraft of its target asteroid its set to collide spectacularly into. 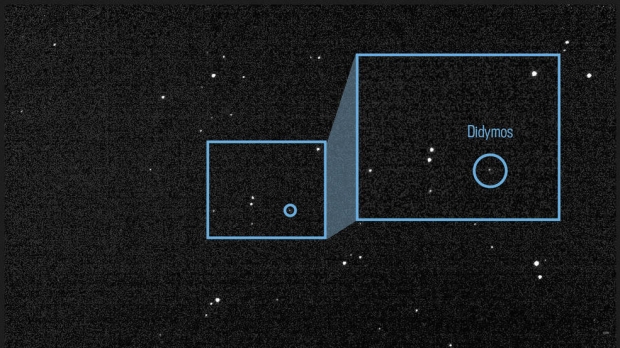 A composite of 243 images taken by the Didymos Reconnaissance and Asteroid Camera for Optical navigation (DRACO) on July 27, 2022.

NASA has taken to its blog on its website to provide an update on its Double Asteroid Redirection Test (DART), with the space agency revealing the very first batch of images snapped by DART's onboard camera named DRACO, or more accurately, the Didymos Reconnaissance and Asteroid Camera for Optical navigation. The above image is a composite of 243 images snapped by DRACO on July 27, 2022, and at the time of their capture, the spacecraft was about 20 million away from its target asteroid.

The space agency explains that, as the image shows, the Didymos asteroid system is still very faint, but after combining all of the images and enhancing them, researchers were able to pinpoint the asteroid system's location. While the quality of these images could be achieved using ground-based telescopes on Earth, this first set of images is being used as a test to prove the imaging capabilities of DRACO are working as intended. 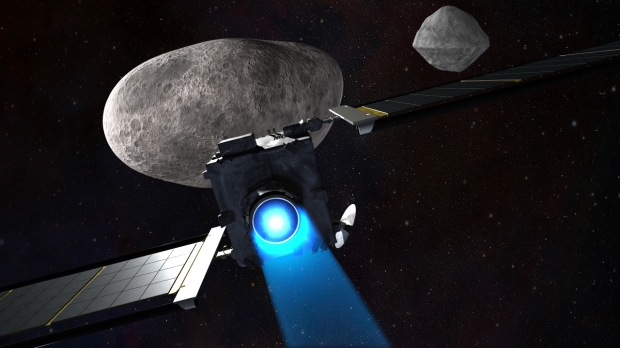 NASA explains that researchers have already conducted navigation simulations using non-DRACO images of Didymos, but the success of the mission will rely upon the spacecraft being able to adjust its trajectory using images taken by DRACO throughout its approach. This factor will become especially important during the final hours of its approach as the spacecraft will be required to "self-navigate" to impact without any human intervention.

Over the next three weeks, NASA researchers will be using images from DRACO that are snapped every five hours to calculate a trajectory that has as minimal risks of failure as possible. Over this period of time, the team will execute three trajectory correction maneuvers, with the final trajectory correction maneuver being on September 25. The spacecraft is slated for impact on September 26, and after the final correction is completed, NASA will know the exact location of the asteroid within 1.24 miles. During the final hours of its flight, DART will be required to autonomously guide itself into scientific doom.

In other NASA news, the space agency has selected the company to make spacesuits for its big Artemis 3 mission.