A $16 million attack helicopter has reportedly been shot down, according to the Air Force Command of the Armed Forces of Ukraine. 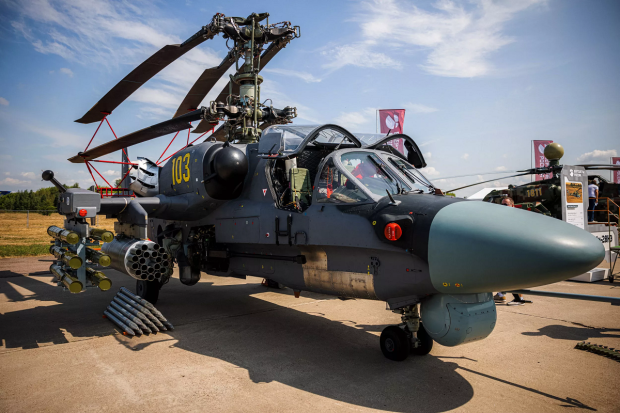 Taking to Facebook on Thursday in a new Russian military losses report by Ukrainian officials, the Ukrainian Air Force Command wrote that on August 31 that Air Force anti-aircraft missile units destroyed a Russian helicopter, "probably Ka-52," along with an unknown number of occupants that were operating the flying vehicle. This isn't the first Russian Ka-52 Alligator helicopter that has been shot down, as Newsweek reports that over the past month, "numerous" have been destroyed, with one being near the Zaporizhzhia and Donetsk regions.

The Ukrainian defense Twitter issued a new report on Twitter on Thursday, writing that at the time of posting, there had been a total of 23 armed Russian tanks destroyed, 33 armored combat vehicles, 24 artillery systems, and about 48,350 Russian personnel killed. Ukraine also announced via Facebook that it had conducted bomb strikes on ground targets linked to Russian military forces. These targets were ammunition warehouses, base posts, combat armored equipment, and positions of anti-aircraft equipment.

As for the Ka-52 alligator, the attack helicopter was first introduced into the Russian military in 1996, coming with a hefty price tag of $16 million.