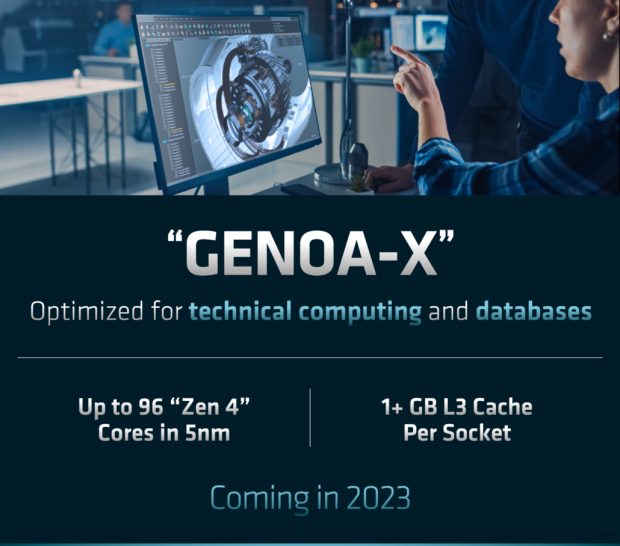 An updated IOS with an internal AMD Gen3 Infinity Fabric architecture with higher bandwidth (die-to-die interconnect) is here, and speaking of bandwidth we've got support for 12-channel DDR5 at up to DDR5-4800 speeds with options for 2, 4, 6, 8, 10, 12 interleaving. There's both RDIMM and 3DS RDIMM supported here, with 2 DIMMs per channel for up to 6TB of RAM per socket (256GB 3DS RDIMMs required for 6TB).

AMD is also making a cost-optimized, entry-level server model in the EPYC "Siena" which has the standard Zen 4 cores but a new platform known as "SP6" that focuses on TCO compared to the SP5 platform. This platform will fall under the EPYC 8004 family of CPUs.

AMD's new EPYC "Genoa-X" CPUs are expected to enter production before the end of the year, if not it'll kick off in early 2023, with a launch that should take place in mid-2023.