A woman has filmed what she claims to be a black UFO hovering above a city in Mexico, and the video has since been viewed thousands of times.

TikTok user "xixsteph" or Stephany posted the above video three days ago, and it has since been viewed nearly 200,000 times. The video shows a recording of a black object hovering in the sky near Merida, Mexico, at 7:30 pm, with Stephany even zooming in on the object to reveal a unique-looking snowflake shape. Most citizen UFO videos are terrible in quality, or the focused object is extremely hard to see, but Stephany's footage is overall very smooth and high quality. But is this a UFO?

The video was posted to the /r/UFO subreddit, and the community of UFO hunters began to quickly debunk the footage while simultaneously praising its quality. Moderators categorized the video as "likely identified," with many users reporting that it's a helium balloon that has an interesting shape, with one user writing that there was a recent balloon festival happening near Merida, the vibrant capital of the Mexican state of Yucatan.

Judging by the response in /r/UFO and the fact that there was a recent balloon festival, it's likely that the object seen in the video is a snowflake-shaped balloon. More angles of the object would be needed to make any confirmation, however, the balloon seems to be the most likely explanation, especially after viewing the below video that shows a pilot getting what seems to be dangerously close to a high-altitude balloon. The balloon in the video has a colorful pattern and a pillow-like shape.

In other UFO news, Congress has changed the definition of UFO by doing so implies UFO offices are searching for objects that haven't been created by humans. Additionally, a former Navy pilot that has witnessed government-confirmed UFOs has explained his experience being in the cockpit of a fighter pilot. The former fighter pilot also explained a famous UFO "Gimbal" video that was released by the US military. More on those stories below.

NASA has released new images snapped by the James Webb Space Telescope, check those out below. 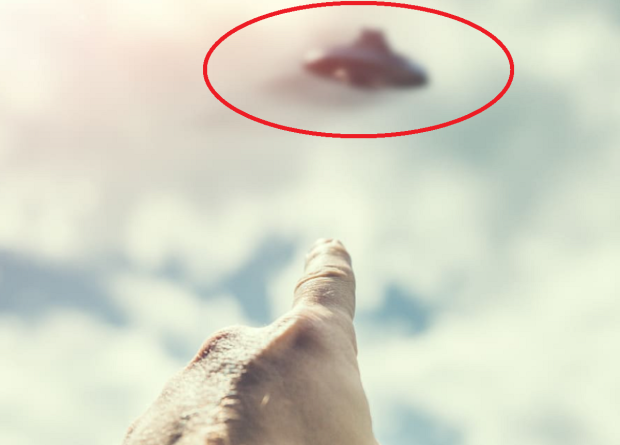