NASA's new James Webb Space Telescope has pointed its highly advanced instruments at the largest planet and king of our solar system - Jupiter.

Webb has captured new images of the giant planet that have given researchers more clues to explore about Jupiter's existence until now and its evolution into the future. The two new images were captured using Webb's Near-Infrared Camera (NIRCam). NASA explains that since infrared light is invisible to the human eye, the gathered data from Webb's instrument was translated onto the visible light spectrum, and the result is the above and below images.

Citizen scientist Judy Schmidt successfully translated the Webb data into gorgeous images, including a composite image of Jupiter in three light filters - F360M (red), F212N (yellow-green), and F150W2 (cyan). The above image of Jupiter shows auroras stretching to the high altitudes of the planet, with aurora activity seen at both the north and south poles.

The Great Red Spot is seen above, but is shown here as a white color since it's reflecting so much light. 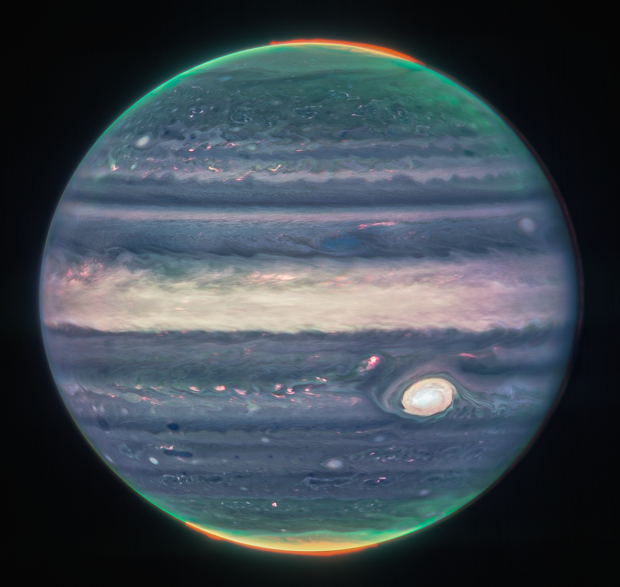 "This one image sums up the science of our Jupiter system program, which studies the dynamics and chemistry of Jupiter itself, its rings, and its satellite system," said Thierry Fouchet, a professor at the Paris Observatory, as part of an international collaboration for Webb's Early Release Science program. 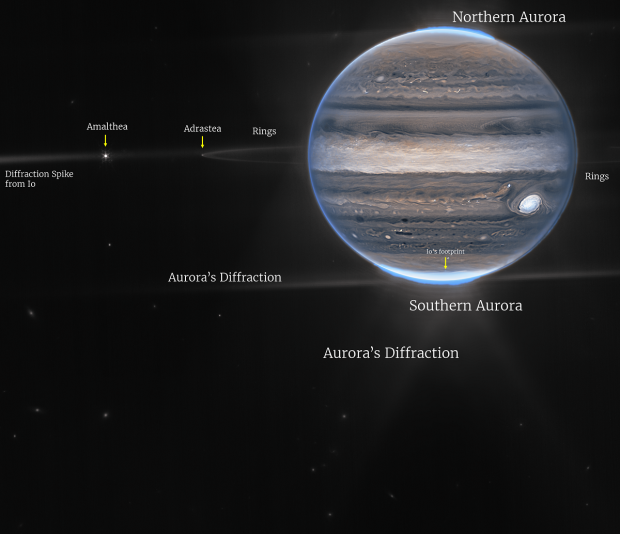