Saudi Arabia appears to be the first worldwide government to not object to Microsoft's $68.7 billion buyout of Activision-Blizzard. 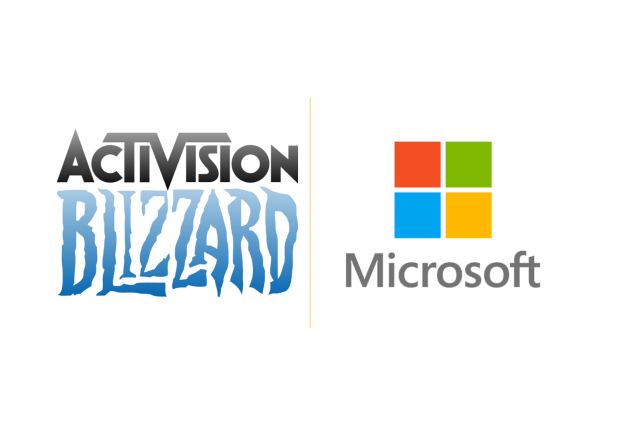 From the FTC in the United States to CADE in Brazil, anti-competitive regulatory bodies across the world are currently scrutinizing Microsoft's proposed acquisition of Activision-Blizzard. Now it looks like the first overseas agency has chosen to let the deal go through.

Saudi Arabia's General Authority for Competition (GAC) has announced that it will not object to Microsoft's deal to purchase Activision-Blizzard's outstanding shares. "General Authority for Competition issued a NO OBJECTION CERTIFICATION with respect to the completion of the economic concentration transaction between Microsoft Corporation and Activision Blizzard, Inc.,"reads a recent Tweet from the agency (here's a direct link to the GAC website, too). 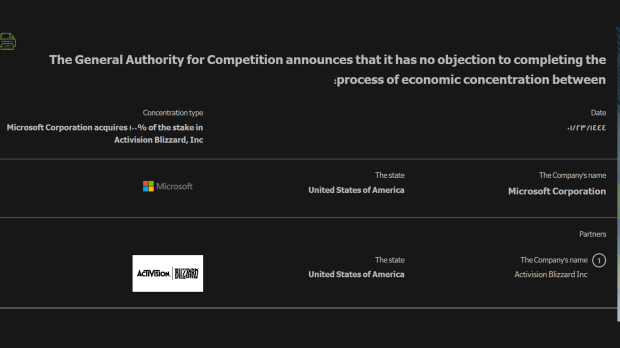 It's worth noting the Saudi Arabia PIF (Private Investment Fund) owns 13.3% of Activision-Blizzard shares. Saudi's PIF has also purchased billions of dollars worth of shares in other video game companies including Nintendo and The Embracer Group.

Objections by other agencies remain unclear. arlier in June, Microsoft delivered requested documents to the FTC regarding the deal, including earnings data, metrics, and more. The FTC has the right to extend its evaluation and provide amendments, stipulations, or try to outright block the deal from going through in the U.S.

Sony has said in the past that Microsoft acquiring Call of Duty could potentially arm the company with an advantage, saying that Call of Duty has no rival on the video games market. Microsoft has responded by saying it will continue making Call of Duty games available on PlayStation platforms.