Many residents across a US state were shocked when their morning coffee was interrupted by a loud boom sound heard from overhead.

Reports from The Desert News indicate that this loud boom was heard at approximately 8:32 am local time across Utah, with quick seismograph reports indicating that no earthquake had occurred. The National Weather Service Salt Lake City issued an update and revealed that there were two red flashes seen in the morning sky.

The debating was quickly put to bed when home security footage sent into officials revealed that there was meteorite had entered Earth's atmosphere, streaking across the morning sky and then exploding - scattering fragments across the landscape. At the moment, there has been no reports of any of these fragments being recovered. However, a NASA volunteer spoke to KSLTV radio and said that its likely fragments could be found in the two areas indicated below. 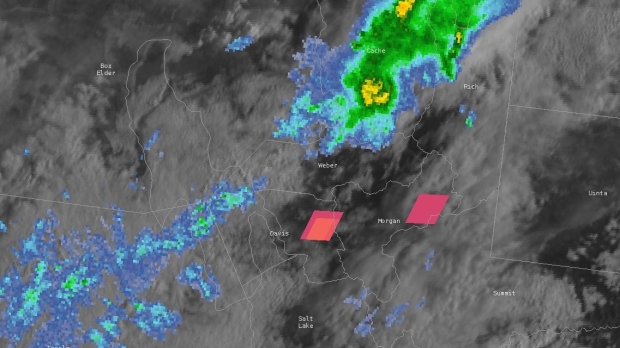 Notably, the American Meteor Society's website shows that the Earth is currently experiencing the Perseid meteor shower that occurs each year between the months of July and August as Earth enters a debris field that was left behind by the comet 109P/Swift-Turtle. Furthermore, the American Meteor Society writes that the Perseid meteor shower peaked on August 11 and 12, and that while most of the debris is relatively small in size, it enters Earth's atmosphere at astonishing speed, with debris tracking up to 133,200 mph.

The loud boom sound that was no doubt heard by hundreds, perhaps thousands of residents across Utah was a result of the meteorite breaking the sound barrier and then exploding after being superheated from the friction caused by Earth's atmosphere.

In other meteorite news, researchers are proposing a plan to fish a meteorite from another star system out of the ocean, with the astronomers already publishing a paper on the pre-print ArXiv server that showcases their confidence in the meteorite's interstellar origin and the science that could be conducted on if it was successfully recovered. The astronomers put forward an expedition that would involve using a large magnet that's about the size of a king bed. Costs are estimated to be around $1.6 million.